The siren has sounded, and while the Annual Purge has officially commenced, very few bodies fall in the second of the 10 part television event of the Purge.

The first week’s episode occurs 95% before the actual sounding of the siren, giving fleshed out introductions and motivations for the veins of characters we will be following around through the show. Made complete sense, and actually was executed fairly well. However, as we, roll into week two, while there is some, the amount of chaos and well…Purging is far below what I personally expected. Instead, we spend a large portion of the episode continuing to expand on the characters’ stories, both through conversational and flashback based exposition. I fully expected the show to be more drawn out than its predecessor films airing over 10 1 hour blocks instead of a singular 2-hour film, but unless next week majorly picks up the pace, then I believe there were some missteps made in the development process.

We open and close the episode with a new and yet unnamed character. He dawns a metal mask and coveralls, has a very organized weapon locker and fancy Purge van, and has an affinity for Purge-centric motivational tapes. At the beginning of the episode, he is preparing for the night by making himself a lunch and meticulously choosing his weaponry for the evening. By the end of the episode, he is driving his van around town following a GPS with designated people listed on it, unlocking a shotgun and following other Purgers into a home quoting his Purge Tapes back to himself. Quite frankly with his plus or minus 5 minutes of airtime this week, and none during the pilot episode, this guy is currently my favorite and the most intriguing character to me so I hope we get a lot more of him in the weeks to follow. 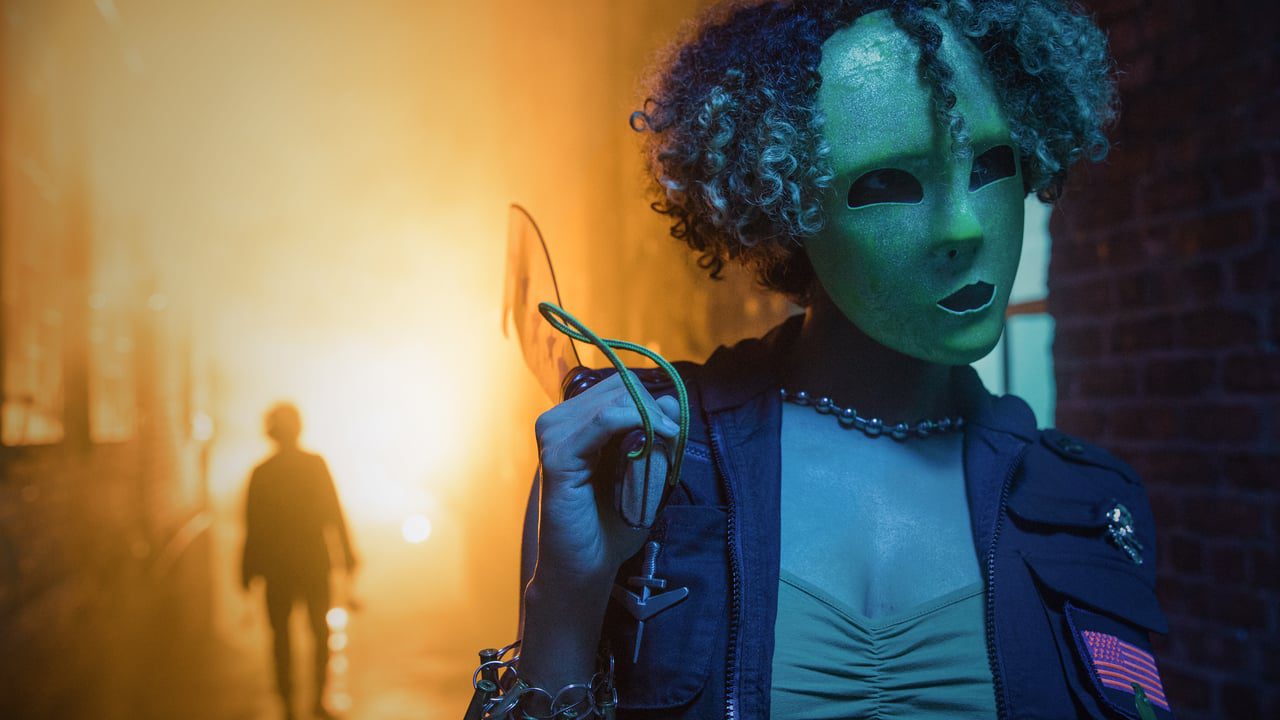 Miguel, still hunting for his sister, stops to help some volunteer Purge Night medics. They point him towards Pete the Cop, a bar owning, enigmatic figure of the Purge that knows all the happenings around town. On his way to Pete, Miguel is stopped by gun toting followers of Otis, a reality tv host of sorts, who runs The Gauntlet. Purge Entertainment, where random citizens are captured and forced around a city block littered with gunmen and boobytraps. This element actually is the first instance that directly crosses over any of our storylines, as the Stanton party is watching the Gauntlet from their mansion. Ultimately Miguel wins the Gauntlet, earning a prized car in the process, making his way to Pete’s bar in search of his sister.

The Stanton party story consists almost entirely of Jenna and Rick having run ins with Lila, where awkward conversation ensues. The Cult Bus elects their next ‘Giver’ who, after seeing the brutal murder of the first, freaks out not wanting to die and is horribly hacked to shreds. Giving Penelope pause into whether or not what she is doing is the right thing. Jane’s story consists of flashbacks showing her initial climbing the career ladder and her subsequent pidgeon holing after she refuted the perverted advances by her boss. One of her two assistance’s vying for a promotion stumbles upon her laptop, noticing the Purger for hire information, piecing together that Jane is seeking to have Ryker killed. 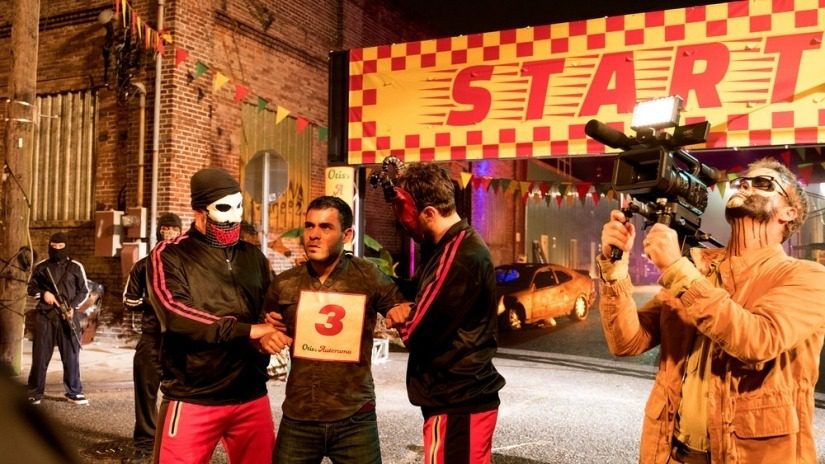 All in all, two episodes in the show is interesting enough, but I’m still not convinced that it wouldn’t have been better suited condensed down and turned into a film. Allowing for intensifying the level of violence as well as decreasing the time elapsing between instances to enable it to feel more like the Purges we know. I think that the show might have benefitted from a ‘24’ style clock cutscreen, periodically showing the elapsed amount of time. While there are shots in the background at the Stanten party, it’s not foreground enough to make the show itself take heed of it and realizing it has 10 episodes to cover 12 hours and could benefit from ramping up the action and spreading out the story, which is not something I usually advocate for in a show. Hopefully, the third week escalates the audience grasping attributes and focuses on on the elements that it’s doing well and Purges out those that are causing the dragging feeling.