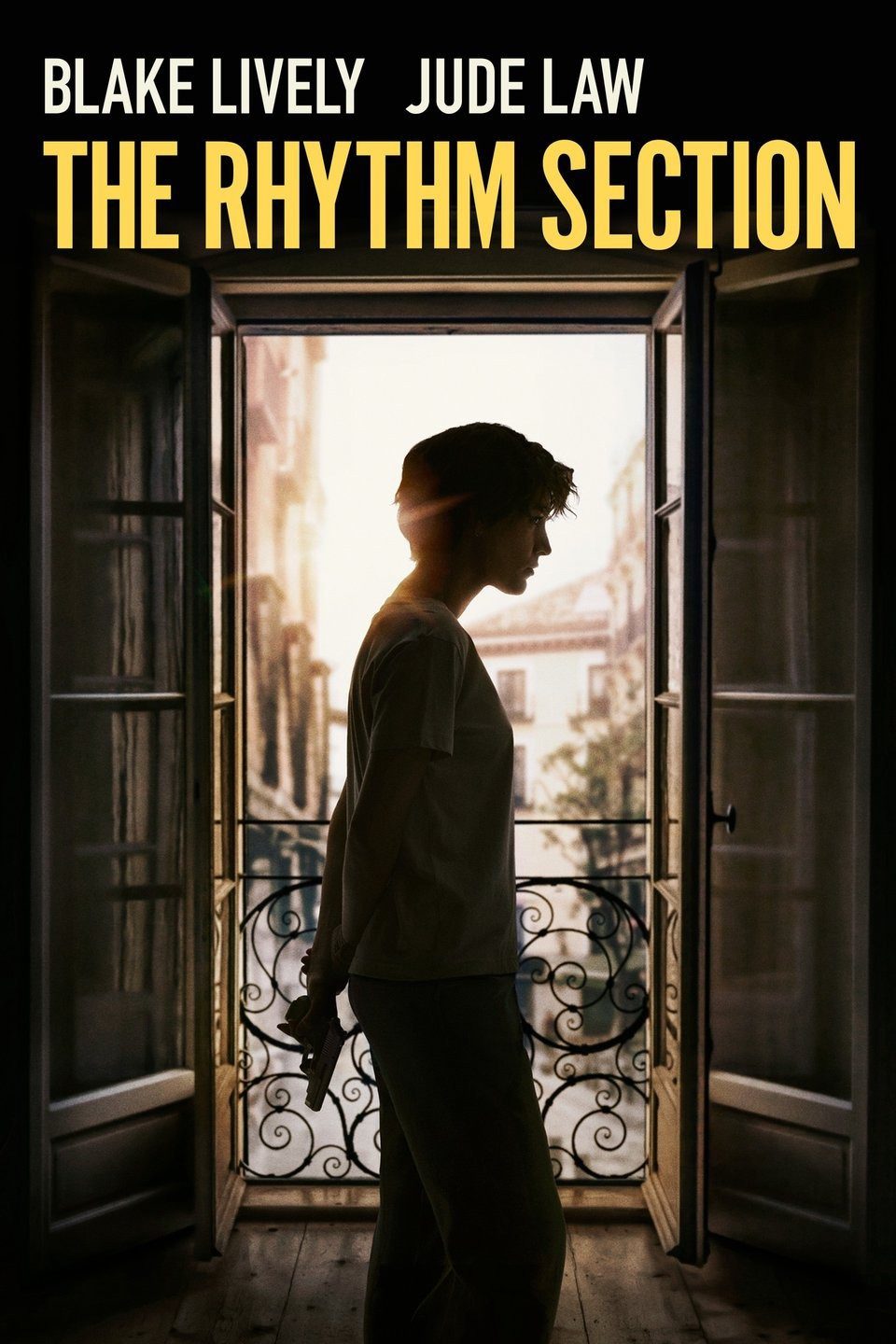 The Rhythm Section is a film that is trying desperately to say something. It features many necessary building blocks for a good example of an action flick: an intriguing protagonist, an actress compellingly putting herself through the physical ringer, and a director who made her name through an offbeat, intriguing film. Unfortunately, what The Rhythm Section adds up to is simply an ungodly mess.

The first hint to the mess is in the opening sequence, which begins with the title card “Tangier” and ends with the title card, “8 months earlier, London.” With that, the film robs us of much of the tension. What reason do we have to root for and follow Stephanie (Blake Lively) if we already know exactly where her journey will lead her?

Lively, by the way, is truly giving it her all with this performance. She plays Stephanie as an emaciated junkie when we first meet her (or is it the second time we meet her? I don’t even know). The life she lived was cut short by the death of her family in a terrorist attack upon a plane and now she seeks revenge. She seeks out a man (Jude Law) who can give her the necessary skills to find the revenge she seeks. Through him, she can finally hunt down the terrorists who killed her family.

Have you seen this:
Buffy The Vampire Slayer: Willow # 3 (REVIEW)

Which brings us to one of the most terrible of action film cliches. The primary villains are an all-too-familiar archetype: Muslim terrorists. How often must we rely on Muslim terrorists as villains? It’s something that began as an offensive stereotype, and now is positively tone deaf.

The aforementioned stereotype would be enough to avoid recommending The Rhythm Section, but there is so much more wrong with it.

Stephanie, for all her training, and for all of the work Lively puts in, is an awful spy. Despite the training she put herself through with Law, every single mission she goes on is undone by her own incompetence. After training with Law, we almost never gain the satisfaction of seeing how her training with him paid off. Instead, the success of her missions often relies on outside help or sheer luck by the end.

It’s possible that the film is trying to put a more humane spin on the revenge thriller. Stephanie is frequently scared, exhausted, and in well beyond her depth. A more thoughtful film could have explored this more meaningfully. Instead, The Rhythm Section wants to be both a meditation on the nature of revenge and the next Atomic Blonde. The film’s tedious action sequences (save for a one-take scene that is technically impressive) ensure it will not even rise to that film’s level.

I left the film feeling completely mystified. What was The Rhythm Section trying to say? In trying to have its cake and eat it too, it winds up feeling like an indistinguishable mess. Everything about the film, from its tone, soundtrack, action sequences, to its moral, is muddled to the point of being indecipherable.

What we have left is a Frankenmovie, cobbled together in a horrendous hodgepodge of reshot and original footage that leaves us with a film at odds with itself. If there’s one takeaway from The Rhythm Section, it’s that the principal players either know or deserve better.