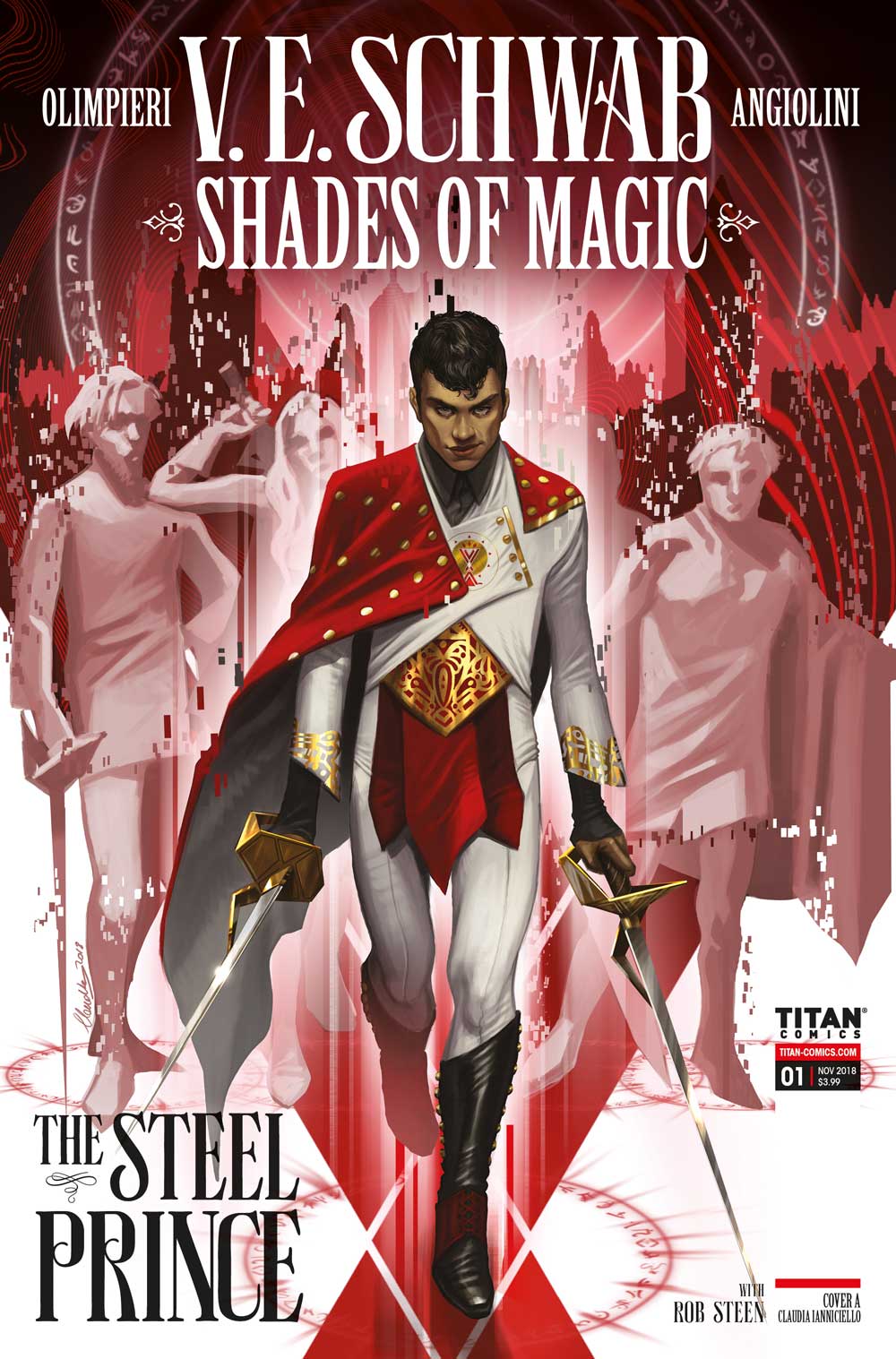 From V.E. Schwab, set in the Red London of her bestselling A Darker Shade of Magic series, come The Steel Prince, a story of magic, royalty, alternate universes, and blood. I’ll admit that A Darker Shade of Magic has been on my to-read list for a while, so when I saw that this was a prequel story to the acclaimed series, I was thrilled. The comic does not disappoint. It makes the lore accessible and understandable, and the art is absolutely gorgeous.

In this explosive and dramatic first installment, we meet Prince Maxim of Red London, a magical gas-lit empire standing at the border of magic and the real world. The young royal is banished to a border town on the Blood Coast, and the city welcomes him like a thief or an old friend. Maxim is engaging, the magic is fascinating, and the drama, politics, and expectations are all high.

The plot points are laid out clearly: Maxim must prove his worth to his father, learn forbidden magic, and come face to face with the lawlessness of this new town. We don’t see much of the world itself, and there are few other characters besides Maxim who are given importance, but I think that this will be quickly changed in the next few books.

The Steel Prince #1 is a compelling and thrilling first book by Titan and a master storyteller. Everything is crafted, considered, and beautiful. The art and colors are lovely and bring to life an alternate fantasy world where a Prince can make a dagger out of coins, wear tailored clothing, and ride into town in a horse and buggy. I’m looking forward to the next comic, and I hope to find more mystery and character soon.