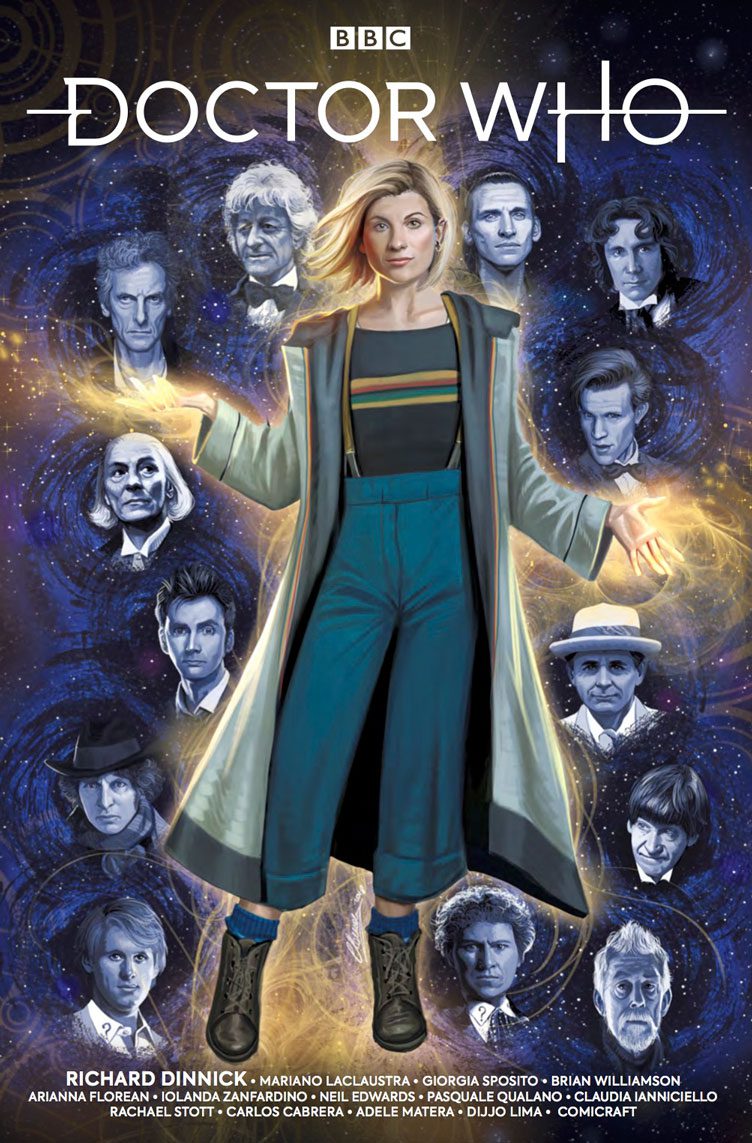 On Sunday, October 7, millions of viewers around the world will get to meet, “The Woman Who Fell to Earth.” Yes, after over fifty years of being on television Doctor Who will finally feature a woman in the titular role.

In need of something to pass the time until Jodie Whittaker takes the reigns of The Doctor? Titan Comics has you covered with The Thirteenth Doctor #0. This issue is an extended celebration of the many incarnations of the Doctor that showcases never-before-seen adventures for all of the Doctor’s incarnations. Each incarnation of the Doctor is paired with a unique artist and colorist making the issue feel a bit like a collection of mini-issues. No matter your stylistic preference, there is something for you in this comic.

For me, two of the arcs stood out in particular: “Time Lady of Means” and “Nurse Who?”. “Time Lady of Means” follows the fourth Doctor, his wonderful scarf, and Romana as they traipse around New York City looking to recover a Psychic Sales Voucher for a pair of Gift Vultures. The mini-arc is as fun and ludicrous as that premise sounds and Arianna Florean brings a cartoon-y vibe with her art that had me thinking how similar the Gift Vultures look to Foghorn Leghorn. Campy stories like these are par for the course in Doctor Who.

“Nurse Who?” traders the fourth doctor for the tenth and Florean’s cartoon-y style for Giorgia Sposito’s more photo-realistic art. As Doctor Who is wont to do, this mini-arc re-imagines an important moment in history. The Doctor is ill and with nowhere else to turn, his companions seek the assistance of Elizabeth Garrett Anderson. After nursing him back to health, the Doctor helps Anderson on her path to becoming the first woman in Britain to become a physician and surgeon. 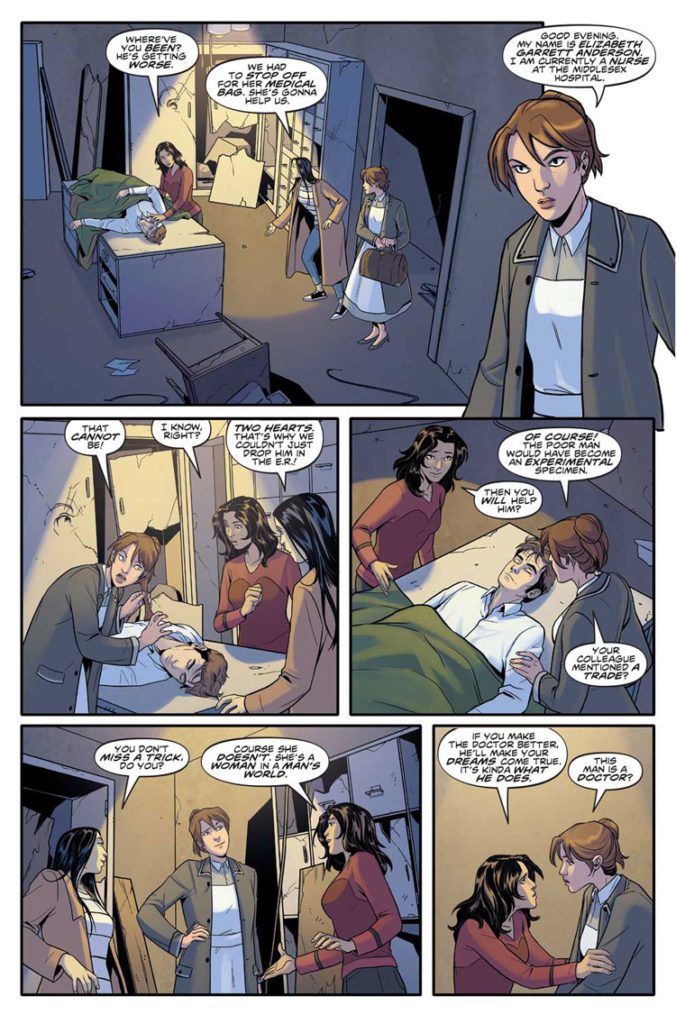 Choosing to tell this story is not an accident. Elizabeth Garrett Anderson’s remarkable life opened the door for so many other women to pursue the careers they wanted. No one can tell little girls they can’t be a doctor because Anderson already is a doctor. In much a similar way, Jodie Whittaker’s Doctor will serve as a reminder for countless girls that this weird, campy thing known as Doctor Who is for them. Everyone has their Doctor–often the first Doctor they watch and the one who they love more than all the rest. For many girls (and boys) Jodie Whittaker will forever and always be there Doctor. And this time, for the first time ever, their Doctor will be someone who looks like them.

This issue offers only a few pages of the thirteenth Doctor (brilliantly drawn by Rachael Stott), but they are remarkable and reveal a take on the Doctor that is fresh for so many reasons. I will be waiting like all the rest of you for this fresh, new Doctor to finally land in October. For now, though, this issue serves a wonderful celebration of all the Doctor is and all that she will be.

Have you seen this:
Crush & Lobo #1 (REVIEW)
BBC Doctor Who titan comics