Ties That Bind, Parts I & II

This holiday season, Telltale Games began the launch of the third season of its hugely popular adventure series based on the zombie-infested apocalypse made famous by Robert Kirkman’s graphic novels and television show. For the three of you reading this who may be unfamiliar with these games, know that its two previous seasons have been wildly successful modern-day adventure titles that have set a very high bar for writing, voice acting, and compelling drama. After the two previous seasons and the Michonne side story, we now embark on a “New Frontier.” The first two episodes of this five-episode story arc are now available on Steam, PSN, Mac, IOS, Android, and the Xbox One Game Store and, having lived through them, we live to “tell the tale . . .” 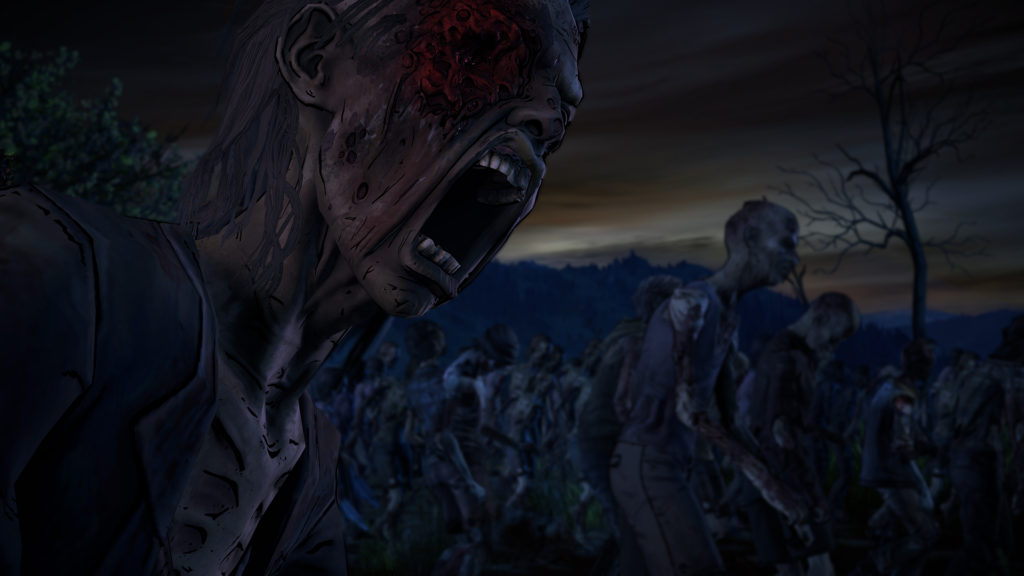 Players assume the role of Javier Garcia, a disgraced ex-ballplayer whose family is pleading with him to come and see his dying father before he shuffles off this mortal coil. The family becomes enraged with dear Javi when the pesky zombie apocalypse gets in the way of his punctuality. This part of the tale is told in flashback, interspersed with Javier’s new duties of protecting his brother’s wife and their two kids from the crumbling society overrun by the undead.

It is during the course of this family road trip through hell that we come across a slightly more grown up and battle-hardened Clementine, the character we’ve all come to love from the first two seasons. Clementine has suffered endless tragedies and does not take anyone or anything lightly. It is also around the time we meet Clementine that we meet the group that is destined to be the villains of this season, a band of individuals with a leader that has all the charm and personality of a roof shingle, and whose followers display personalities that fall anywhere between such characters as Merle (from the TV show) or Negan (from the comic and TV show). 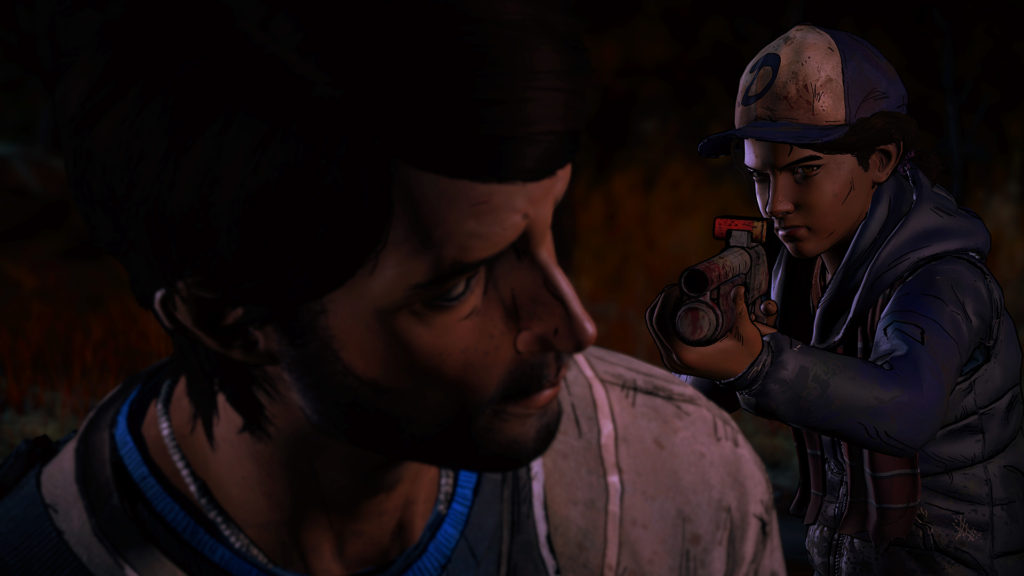 The greatest part of this third season is that it actually feels more like a game instead of the “interactive tale” milieu of the first two seasons. Some considerable effort has been made to make the story much more interactive, but at the same time it is difficult for players to discern which of their decisions actually matter. There are several sequences that will bring players to the exact same place regardless of which way they decide to go.

Many players who had been playing previous seasons on an Xbox 360 or PS3 will find themselves staring at the graphical upgrade the PS4 or Xbox One versions provide. There was more than one scene where we forgot that we were staring at animation and not real people. And that, dear friends, is the hallmark of very fine storytelling. 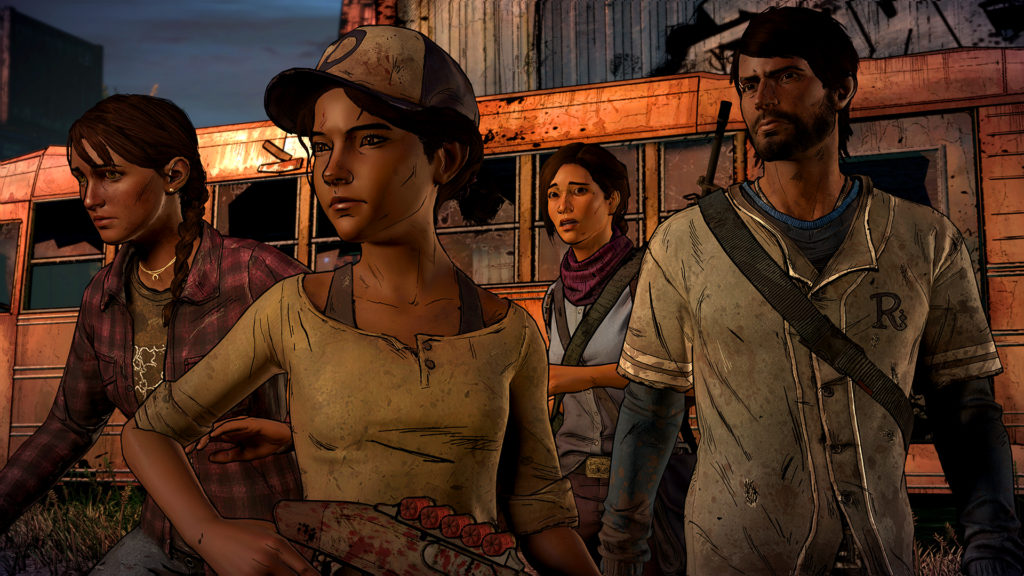 Players can carry over savegame files from previous seasons in order to set the scene for their voyage to the new frontier. For those who have lost access or never had any previous save games, the title offers to create one by offering just a few pivotal questions about the decisions you made in previous games. It is safe to say as long as one’s memory is working reasonably, you will find yourself creating the scenario exactly as you left it. A welcome feature for those who enjoy continuity in their adventure games.

“A New Frontier” establishes a few new characters and brings back a couple of favorites in its endeavor to tell a new tale in The Walking Dead universe, and it succeeds on nearly every point. Anyone considering a purchase here should know what this series and the adventure genre itself is known for and generally delivers, and, with those expectations properly set, will be very moved by what they experience in this third season. As of this writing, none of the subsequent three episodes have been released and the wait is downright harrowing.