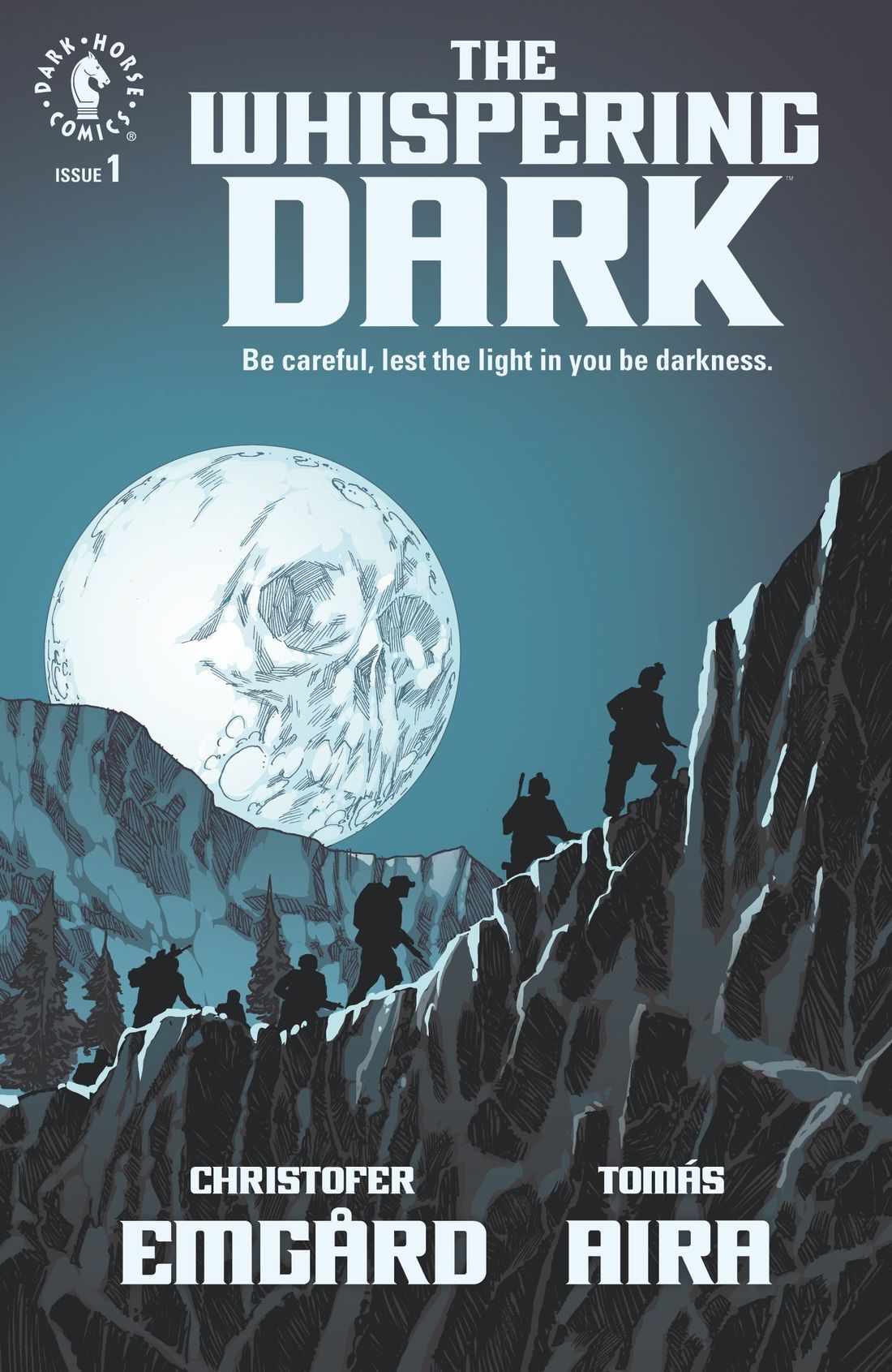 The Whispering Dark is a new 4 issue mini-series from Christofer Emgård. The focus of the story is on Hannah who is a helicopter pilot. She along with other soldiers are out trying to survive after a failed rescue mission deep behind enemy lines. They are low on supplies, becoming sleep deprived, and have to make dire choices to achieve their survival in hopes of getting back home. She also seems to be someone that is struggling with her faith in God. I like this take on where she is with her faith.  She hasn’t given up on it but seems to just be finding a different path to use her faith in her work. She mentions that the teachings show not all peace can be brought with just talking, sometimes fighting needs to be done.

We aren’t sure what the war is about right now but the point is that she believes this is what she needs to do to help others. This is one of her strong points as the group gets anxious to the point where they want to give up. She is pushing them and making the hard decisions for them. Even after all of the chaos and death she has just gone through, she is pushing forward and refuses to let anyone down.

The issue has quite a bit of violence and paints a picture of how gruesome some can be when it’s a matter of life and death. It may make you wonder if the choices Hannah makes for the team are the right ones. There is darkness in the world and within all of them, but we’ll see how far that darkness will either consume them or if they will be able to fight it off. They don’t have the luxury to make easy choices right now and it’s up to them to support each other so none of them go too far off the edge.

I think many will also enjoy the art here from Aria.  It never feels like any shortcuts are really taken which can be understandable when you’re doing all of the art on your own.  I love how expressive the characters are and a good majority of the issue has some great backgrounds drawn in.  I know it’s always an artistry choice to either go with an all black or all white background, but the effort here is shown really well and I think it really helps emphasize how druid things are for everyone.  The Whispering Dark takes full advantage of every page that is used and the pacing is very steady as it builds Hannah and her struggle.  It’s clear to me about how we as humans can lose in a fight in the dark with a lot of evil there to bring us temptation and it seems that it will be quite enjoyable to see how Hannah will fight this evil.

Have you seen this:
Once & Future #12 (REVIEW)
Dark Horse Comics the whispering dark