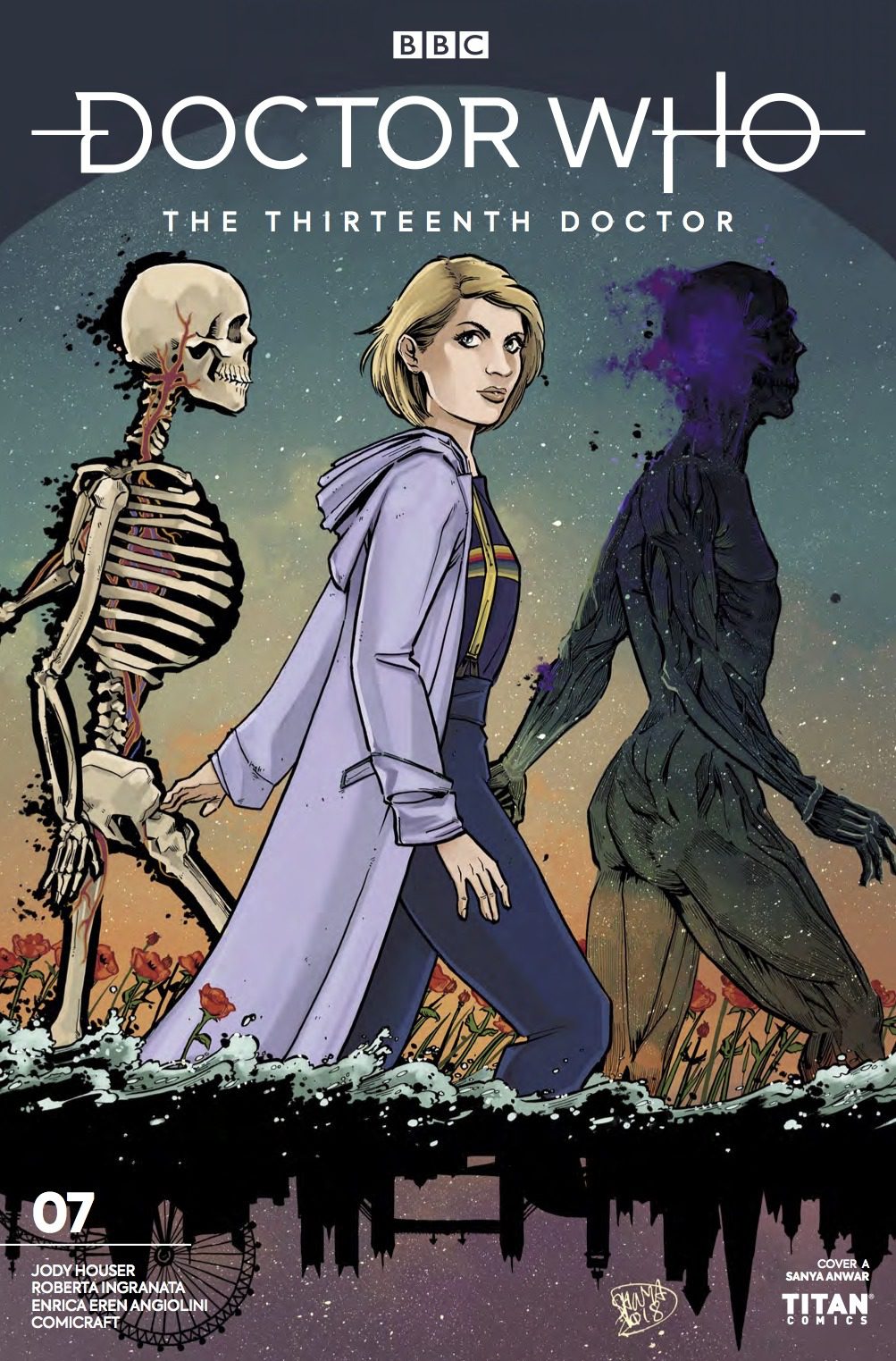 I haven’t been as up to date on the travels of the Thirteenth Doctor as I would like. I fell behind in the series, and am seriously behind in her comic book adventures. With that said, I decided to dive head first into the middle of an adventure. So, let’s see if I can keep up!

The writing was spot on, and definitely captured the characters. Graham is more on the light-hearted side as he is in the show, where sometimes his serious comments can come across as humorous, but he is quick to say something to help along a situation. Yaz and Ryan are on the more serious side like their TV show counterparts. And the Doctor? Well, she’s still saying ‘fam’ so… that’s definitely her character right there.

I was glad to see the return of the Time Agency, which Jack Harkness used to work for, as well as a nod to the Reapers, which were formidable foes back in the Ninth Doctor’s series. 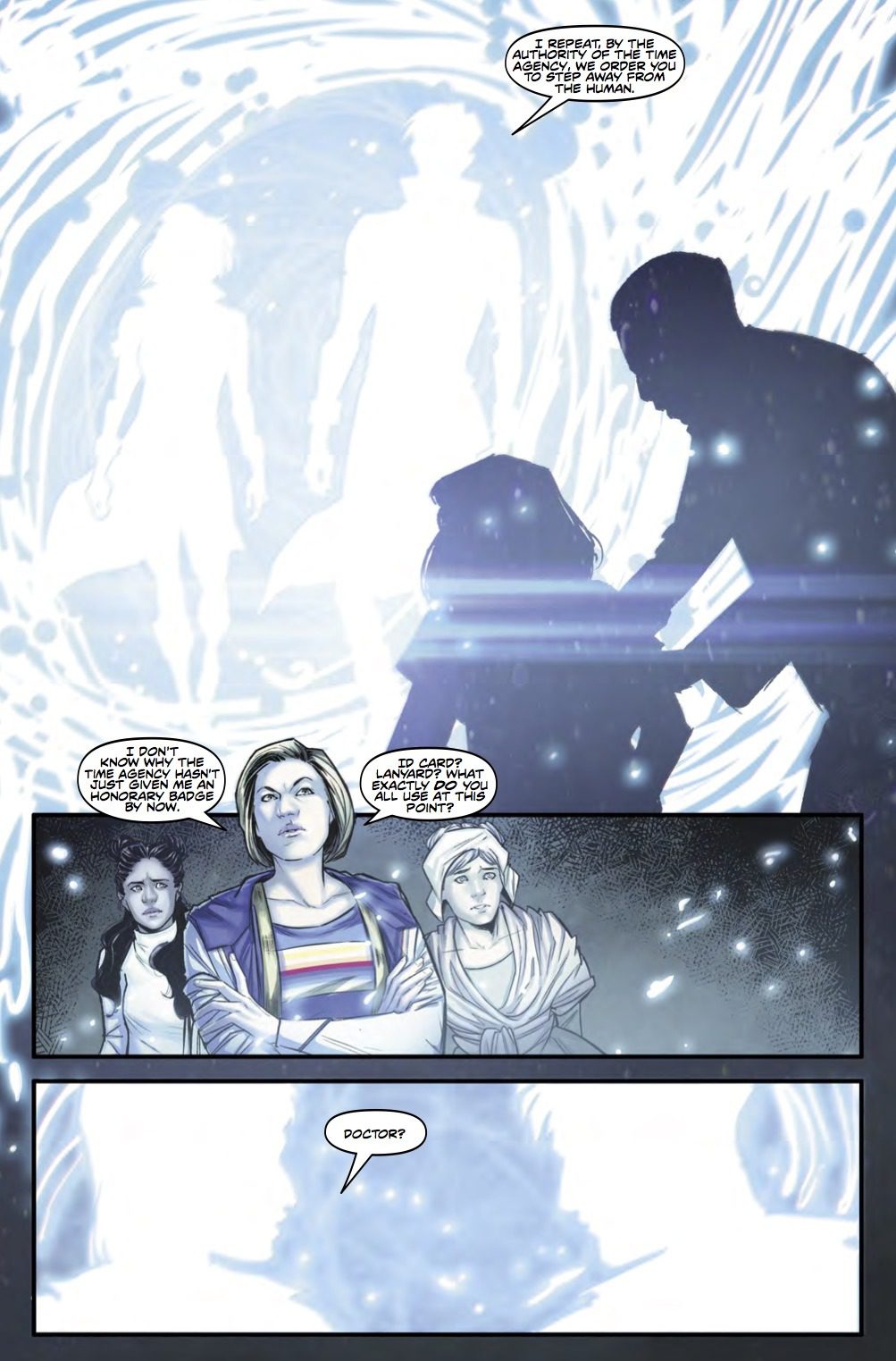 As for the aliens that feed on people, it was a nice touch to see them incorporate the thought processes of those they fed upon - those being humans and well, a nibble of the Doctor. They began to explain their newfound behavior but was cut off, so hopefully, we can hear the rest in the next issue.

The art was gorgeous. It was simple but captured the likenesses of the characters enough where we the audience could automatically recognize them. The coloring was slightly muted to convey the overcast and cloudy environment the ‘fam’ was currently in. Once in a while, it’s nice to see a more relaxed and muted color scheme where brighter colors could be utilized. It’s more relaxing on the eyes and makes for an easier read.