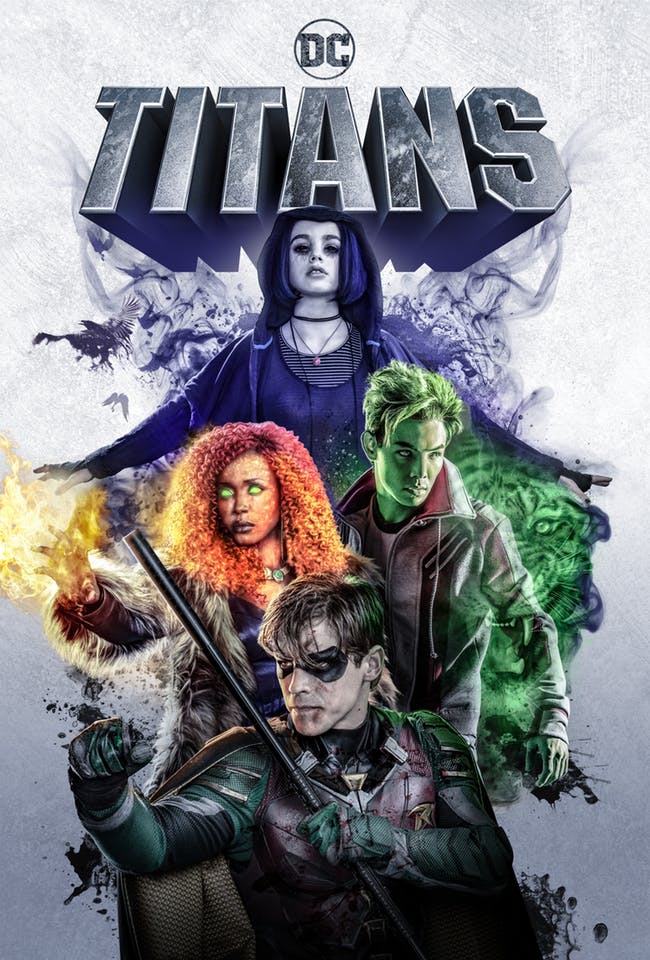 As someone who has been eagerly anticipating this show since it was first announced, I jumped at the chance to write a review for the first three episodes. At the time, I was excited because I could ramble on for as long as I wanted about something I was so excited about. But after starting the show, I quickly realized I wouldn’t be able to talk about it as positively as I had hoped to.

The series starts off as a dark fan film, with Raven entering a circus tent with far-too-loud music playing in the background (which is an issue that extends across all three episodes). She watches the acrobats, who we quickly realize are the Flying Graysons until they fall to their deaths. The whole episode plays like this, up until the cliche talk of ‘darkness inside me.’ But there is a tag at the very end which is far and away the best part of the episode, and I think many fans will enjoy it.

Rachel is the best character in the first episode. Despite having an unimaginative storyline and playing the cliche emo teenager, she has a sympathetic story that is worth following. Croft delivers a strong performance that helps counter the mediocre writing and dialogue her character receives. Brenton Thwaites makes a great Batman Jr. with a heavy personality that has plenty of room to be developed into the character we know and love from the comics. The biggest problem with his character is that every time they call him ‘Detective Grayson,’ to paraphrase the words of our EIC Casey Walsh, he feels like ‘a kid playing dress-up.’ Starfire was far and away one of the worst and most inaccurate adaptations of a comic book character I’ve ever seen. They seemed to be going for a powerful female lead who works by her own rules, but they failed on all accounts. Without giving too much away, she’s more of a murderous psychopath. Even if the writers had taken some liberty with the character, they took it in the completely wrong direction. Frankly, I’m shocked Geoff Johns signed off on this. Jareth J Mertz played the villain in the first episode, with the simple motivations of ‘kidnap Rachel.’

The writing and direction were just so bland. Nothing special, nothing horrible. I was surprised by this given that the pilot was directed by ‘The Machinist’ helmer Brad Anderson. Every aspect just fell flat. The music was absolutely horrendous. There were bits and pieces of a score somewhere in there but 95% of the music was a blaring soundtrack of crappy songs. It took me out of the whole show.

Overall, the first episode was a disappointing start to what could end up being a great show if some changes are implemented.

The introduction of Hawk and Dove along with the revelation of their history with Dick made for a stellar second episode that wasn’t as bogged down as the first was. It helped establish that there is a larger DC Universe out there to be explored through upcoming spin-offs.

Minka Kelly and Alan Ritchson gave amazing performances, each nailing their respective characters perfectly. Alan Ritchson brings such a fierce and powerful anger to the role of Hawk. Minka plays the peaceful side who can be a fierce badass in battle. They both share such great chemistry on screen that you would think they were an actual couple. These two deserve a spin-off of the highest order.

The writing and directing was much better this issue, as was the overall tone. Even the villains were more on the creepy side. This is definitely the best episode so far

While better than the first episode, episode 3 fails to light the spark this show desperately needs. Still following the travels of three sometimes separate, sometimes together, Titans we delve farther into the mystery of who Raven really is.

There really isn’t much to say about this episode. Kori gets some character development and we see Dick start to open up to others, but not much else. Hopefully, it picks up once more characters are introduced. The lack of Beast Boy is also incredibly upsetting. Between all three of these episodes, he’s in two short scenes that make his role feel more like a cameo than anything else, which is disappointing because he definitely feels like the best part of the show.

Overall, the show gets off to a mediocre start with room to grow. The cast delivers solid performances that are hurt by the writing of their characters. The tone of the show if far too angsty and tries way too hard to be ‘mature.’ The music is overbearing and the CGI blood is very distracting. All of these things can, and will hopefully, be fixed because it has a lot of promise somewhere in there.