Currently, DC Comics is hard at work filming their live-action Titans TV Series that will debut next year on their streaming platform DC Digital. We know the team will feature Nightwing/Robin (Brendon Thwaites), Starfire (Anna Diop), Raven (Teagan Croft) and Beast Boy (Ryan Potter). Now we at Omega Underground have learned that the working title for Titans will be called “Freebirds”. This will be used throughout filming which began November 14th through May 21st. 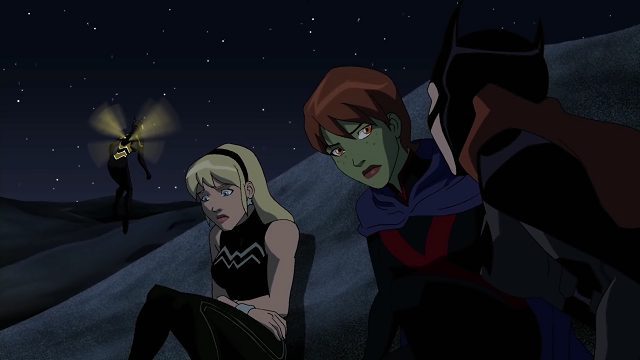 In other news, our friends over at That Hashtag Show revealed that Wonder Girl may make an appearance in the first season with an option to become a season regular in season 2 :

[RUTH GIBBS]Female, 20s, Caucasian or Latina or Middle Eastern, or ethnically ambiguous. Confident and kick ass. Educated. RECURRING GUEST STAR THIS SEASON WITH AN OPTION FOR SERIES REGULAR NEXT SEASON.

Lastly, in less surprising news. Arrow showrunner Marc Guggenheim was at ACE Comic-Con over the weekend and was asked if Titans exists in the same universe as Arrow, The Flash, Legends and Supergirl. Unfortunately, he was unable to confirm or deny the possibility:

Titans will stream exclusively on DC Digital in 2018

Have you seen this:
Candyman's Nia DaCosta To Direct Captain Marvel 2 For Marvel Studios

Titans TV Series
Are you an Insider?News, reviews, & updates are just the beginning.