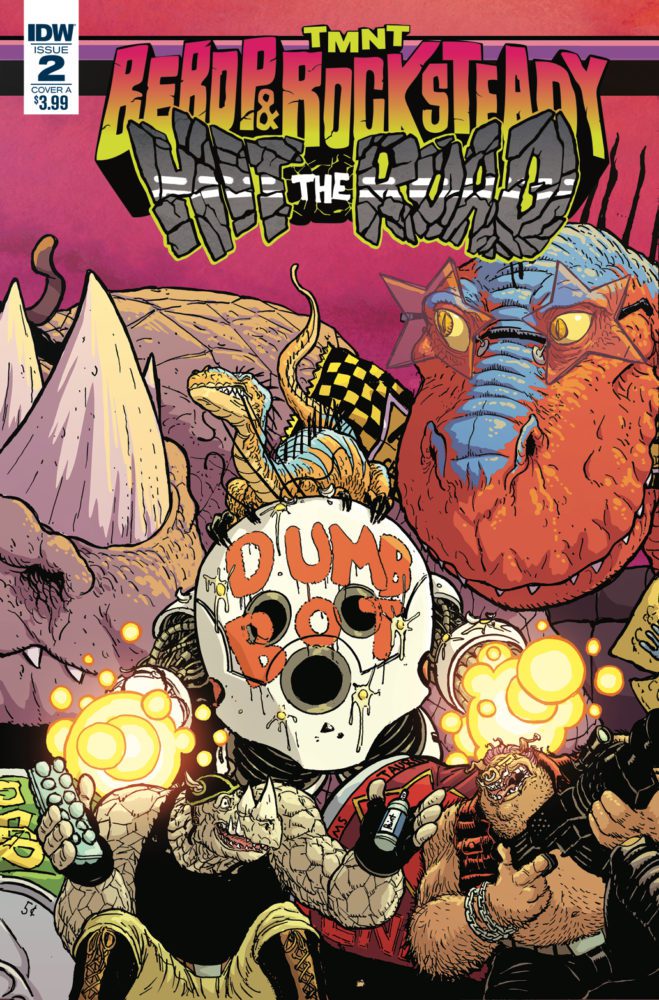 I actually thought we’d see Bebop and Rocksteady (now known as Genealdo and Maxence) give the “good guy” lifestyle a legitimate shot, or attempt to be regular people for a while. Nope!

Clearly underestimated how stupid they are and how much of a problem it could create. Maybe I’m stupid for not realizing that.

And it wasn’t like they were trying to be neurosurgeons or anything. We’re talking the most basic of jobs, and it looked like they lasted anywhere from a week to a day at a time.

Anyways, the issue got off to a slow start, and it felt like it’d be like that the entire way. As if Bates and Weaver setting up for a much more significant issue in TMNT Bebop & Rocksteady Hit the Road #3. But it wasn’t, with a big fight sequence coming at the end – which got fairly bloody, nice work by Bates and Peer on that.

Have you seen this:
Something Is Killing The Children #16 (REVIEW)

But between the fight transpiring the way it did and Bebop and Rocksteady’s change in appearance, Special Agent Ravenwood should have no shot of finding these two. I wonder if Xiang winds up being the ones to rat them out, because I don’t see how anyone connects the dots that these two are former mutants.

Actually… what am I thinking? Ravenwood needs to do next to nothing to figure out who these two are now. They’ll find some way to expose themselves because they are not smart.

Also, Genealdo and Maxence? I’ve heard of some ridiculous names – both in comic books and real life – but those may take the cake. (Sorry to all the Genealdos and Maxences out there.) Though I honestly don’t know which is worse.

If you have a choice between the three covers for this issue I would go with Dustin Weaver’s (Cover B), particularly because I’m a fan of how he drew Bebop in human form.