People fuckin’ showed up! This is unbelievable!”

It wouldn’t be a Tom King panel without his signature enthusiasm and cursing, and his appearance at San Diego Comic-Con is no different.

King, accompanied by his erstwhile Mister Miracle artist Mitch Gerards, led a lively and surprisingly candid panel on Thursday in hall 6DE, where he elaborated on his past, present, and future work at DC Comics.

And it is Mister Miracle that King and Gerards still feel the proudest of. In the words of the two, their work on MM was a “defining work” for the comic book medium, a work of graphic fiction that can stand on its own. “And,” King added, “one of my few works that has a happy ending,” drawing a chuckle from the crowd. In regards to future works, King spoke excitedly about his upcoming work on Batman & Catwoman. “I get to cover the things I love: Batman and how he loves Catwoman!” While disappointed over the reception of Batman #50, King

It was there that he also announced that he will continue writing the latest draft of the New Gods screenplay in earnest with director/co-writer Ava DuVernay, whom he had nothing but the most effusive praise for. “I’ve worked with a few Hollywood types,” he said, “some with big egos and… it was not a great experience. Ava, though? She’s the best.” 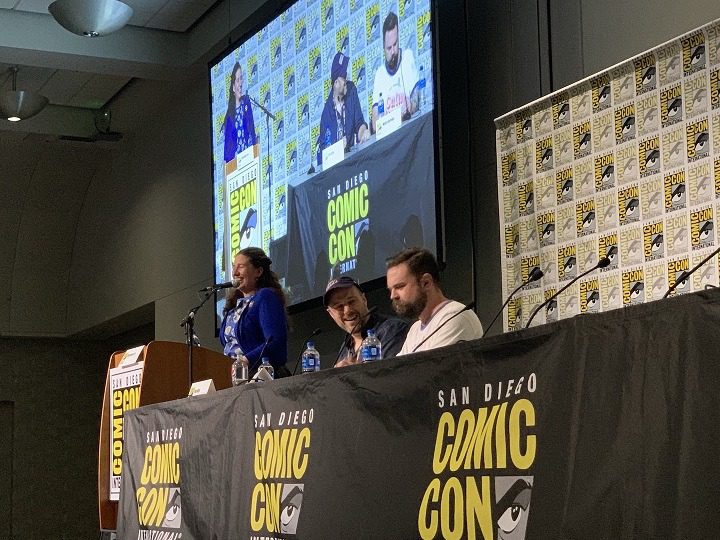 But he didn’t just rest on his laurels. King also discussed the negative reception some of his works (Heroes in Crisis, Batman #50) had received. But, while he still likes and defends the stories, he still considered them learning experiences.

Nevertheless, he still found fans of his works in the Q&A session at the end. In particular, one fan spoke frankly of his issues with mental health, and how Heroes in Crisis spoke to him on a deeply personal level. It was a vulnerability, King said with murmurs of approval from the crowd, that made people heroic.

Showing off his typical enthusiasm with a few noticeable bits of humility, King’s panel was a microcosm of the man himself. Whether he inspires deep-seated feelings of joy, sorrow, or frustration, he’s never one to use a half-measure.