New York Comic-Con is well underway and Warner Bros. has released a new extended trailer for James Wan’s Aquaman. The new footage shows-off a Black Manta fight sequence along with some interactions between Jason Momoa and Amber Heard.

While also revealing Jason will be donning the classic Aquaman costume at some point in the film.

Watch the new trailer/extended footage below.

From Warner Bros. Pictures and director James Wan comes an action-packed adventure that spans the vast, visually breathtaking underwater world of the seven seas, “Aquaman,” starring Jason Momoa in the title role. The film reveals the origin story of half-human, half-Atlantean Arthur Curry and takes him on the journey of his lifetime—one that will not only force him to face who he really is, but to discover if he is worthy of who he was born to be…a king.

The film is set to hit theaters on December 21, 2018, in 3D and 2D and IMAX, and will be distributed worldwide by Warner Bros. Pictures, a Warner Bros. Entertainment Company. 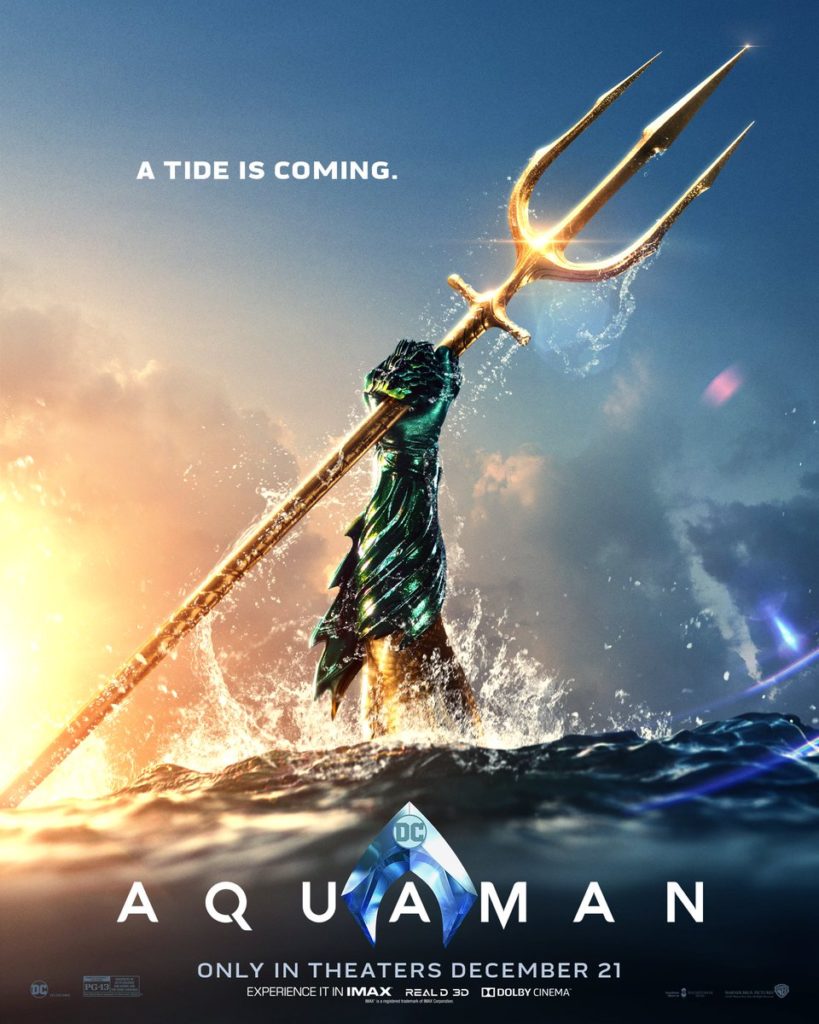