TRAILER: The Most Powerful Weapon Is Truth In Rosemund Pike’s ‘A Private War’

Sometimes we miss certain trailers when they originally drop and that is certainly the case for the upcoming film A Private War, which stars Rosemund Pike as real life battle-hardened war correspondent Marie Colvin.

Despite the trailer being a month old I decided on posting it as we overlooked the film’s important message as journalists all over the world face down danger and death on a daily basis to share stories that not everyone wants published. As recent headlines have reminded us the real life peril some journalists face doing their jobs.

There is also some positive buzz from the festival screenings of the film ahead of it’s November domestic release.

You can watch the trailer below.

In a world where journalism is under attack, Marie Colvin is one of the most celebrated war correspondents of our time. Colvin is an utterly fearless and rebellious spirit, driven to the frontlines of conflicts across the globe to give voice to the voiceless, while constantly testing the limits between bravery and bravado. After being hit by a grenade in Sri Lanka, she wears a distinctive eye patch and is still as comfortable sipping martinis with London’s elite as she is confronting dictators. Colvin sacrifices loving relationships, and over time, her personal life starts to unravel as the trauma she’s witnessed takes its toll. Yet, her mission to show the true cost of war leads her — along with renowned war photographer Paul Conroy — to embark on the most dangerous assignment of their lives in the besieged Syrian city of Homs.

Have you seen this:
WandaVision Will Drop 2 Episodes on its January 15th Premier 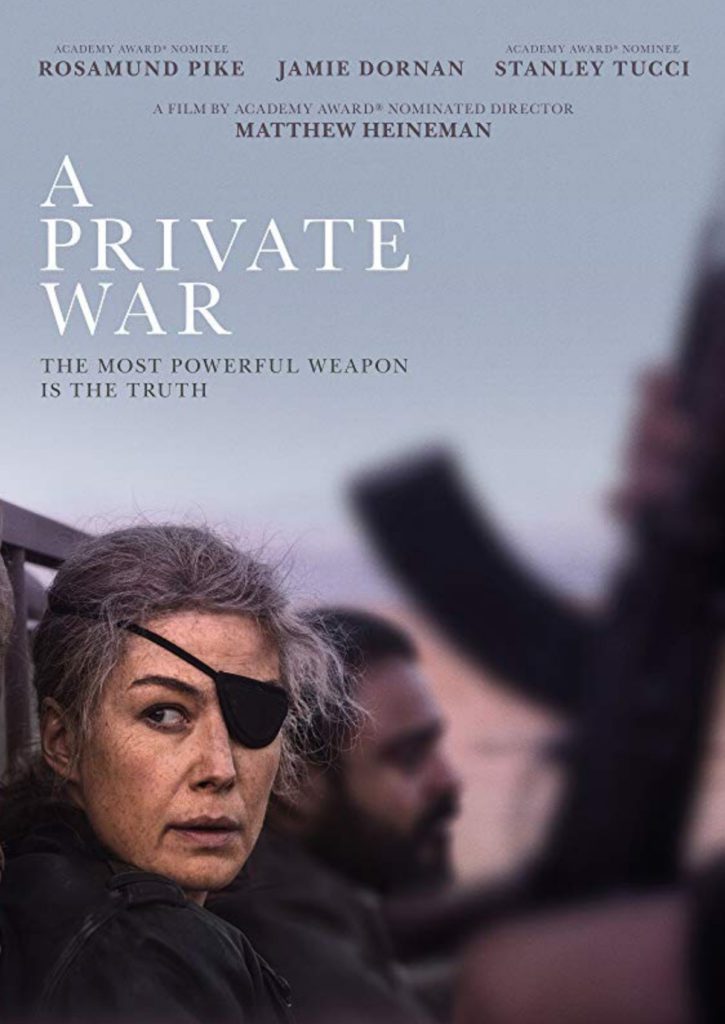