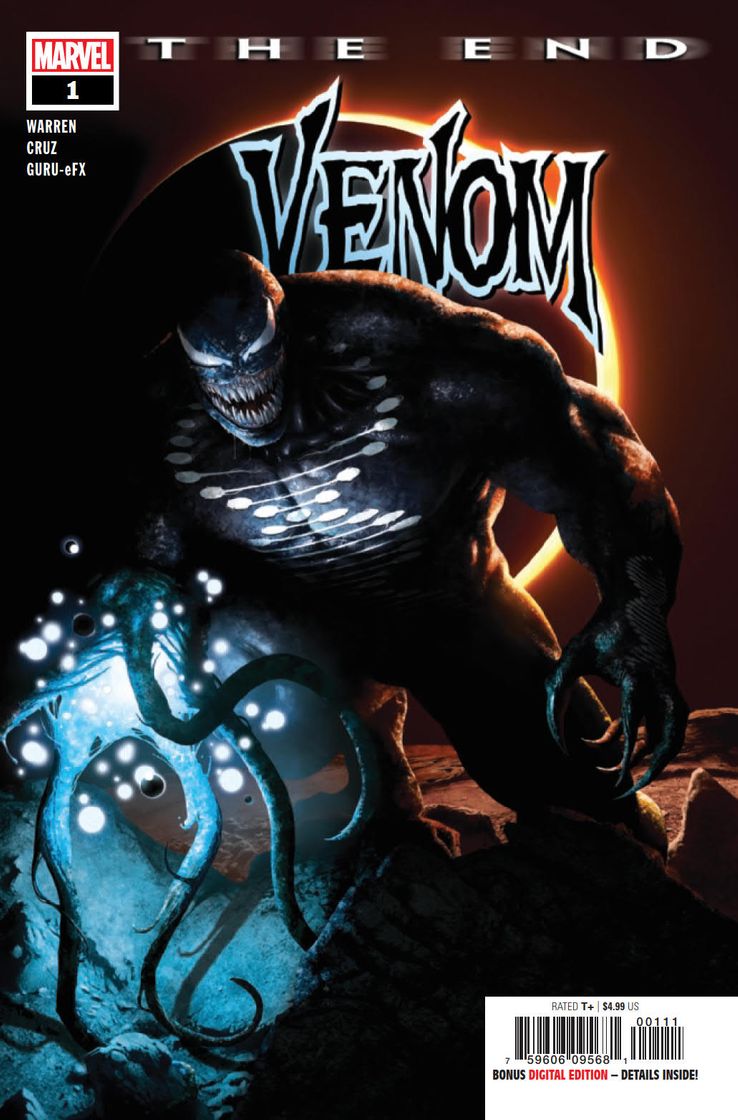 The fate of Venom revealed as the symbiote takes on the task of saving humanity.

Far in the future, a war rages unlike any other. A war by a conscious AI bent on perfecting existence against the last biological entities in the galaxy led by Venom.

You heard that right, Venom.

When Eddie Brock finally met his end, Venom decided to devote his existence to the preservation and recreation of human life. Not an easy task when the age of heroes has ended and his own kind would rather war with each other than help. Utilizing the genetic memory of everyone from Multiple Man to Deadpool, Venom creates the ultimate symbiotic lifeforms to defend the universe against the AI leader poised to end all life; Tony Stark.

This is a wildly fun ride of a story that starts big and gets even bigger in scope, scale and style. The narrative is wildly inventive, the plot is dynamic, different and ambitious and the dialogue is clever, witty and charming. The exposition never gets overblown or tiresome and each page challenges the reader in the best way with ideas and revelations that are fascinating. The evolution of the character is interesting and engaging and the ending was beautifully done.

Cruz delivers some stunning art in this issue. From the epic space battles to the detailed backgrounds and vistas, the art perfectly complements the epic scope of this story.

Marvel venom
Are you an Insider?News, reviews, & updates are just the beginning.