As you prepare for Free Comic Book Day, keep in mind that comics aren’t the only thing free this Saturday.  On May 3rd, Viz Media announced they will be offering 2 action-packed manga samplers to compliment your comic haul.  You may know Viz Media as one of the leading distributors in the anime industry, with titles like Naruto, Dragonball, Death Note, Sailor Moon; the list goes on.  This isn’t the first time Viz has been part of the event. The last few times I attended Free Comic Book Day, I was able to collect samples from Jojo’s Bizarre Adventure and My Hero Academia.  The sampler for JBA in particular actually got me interested enough to give the anime a chance.  I fell in love!  This year, Viz is offering two samplers that everyone will be sure to pick up. 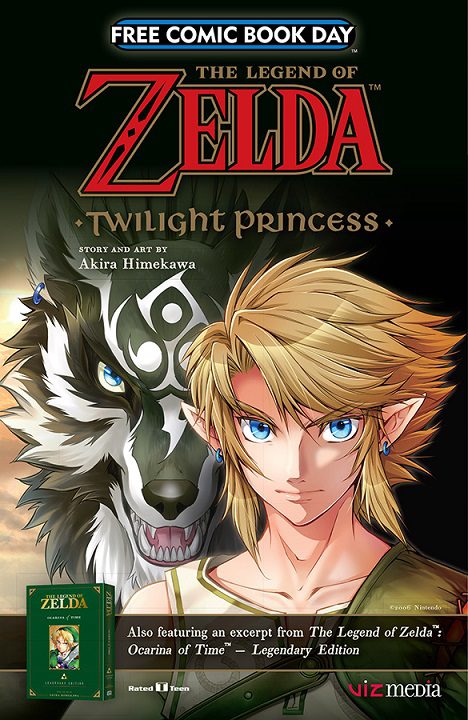 The first sampler, for The Legend of Zelda, contains two excerpts, one being based off Twilight Princess.  Twilight Princess follows Link as he travels Hyrule with Midna, princess of the Twilight Realm.  Link and Midna venture to save Hyrule from Ganondorf, who plans to rule over both the Twilight Realm and the World of Light.  The game was great, I’m sure the manga will be equally superb.  The second Zelda excerpt will feature the most beloved title in the franchise, Ocarina of Time.  The sampler promotes the Legend of Zelda: Legendary Edition - Ocarina of Time, which Viz released late last year.  The book is a must-have for any Zelda fan.

Have you seen this:
Warner Bros. Brings Horror Icons Line Just In Time For Halloween

The second sampler will contain excerpts from Dragonball Super and Boruto: Naruto Next Generations. 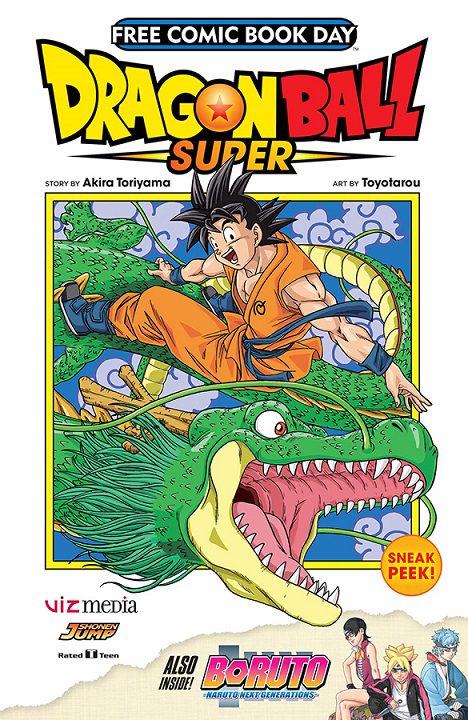 Dragonball Super picks up right after the events of the Majin Buu saga.  Goku lives a boring life since that time, and spend his days hoping for the next grand battle.  Elsewhere, an all-powerful space god by the name of Beerus awakens from an incredible dream.  In that dream, he fought a legendary super saiyan god, but the dream ends in a hazy outcome.  To fix this, he seeks out the only saiyans left alive, who more than happily accept the challenge.  Dragonball Super takes off from there in a much different tone than the popular Z series.  It’s more light-hearted, full of fights, and packed with crazy scenarios that only Goku, Vegeta, and the gang can handle.

The Boruto manga begins many years after the events of the Great Ninja War.  Boruto, every bit as mischievous as Naruto, but twice as cunning, seeks to make a name for himself in order to stop living under his father’s shadow.  But he seems to be too much like his old man to do that.  I would recommend picking this up if only to see if it appeals to you.  Written by Naruto creator Masashi Kishimito, Boruto follows the same route Naruto followed but manages to tell a story completely its own.  There are current anime out for both titles, so check them out when you get a chance.

Have you seen this:
A New Animated Mortal Kombat film is in Development

Free Comic Book Day is this Saturday, May 6th, so be sure your local comic book shop has these samplers in stock.