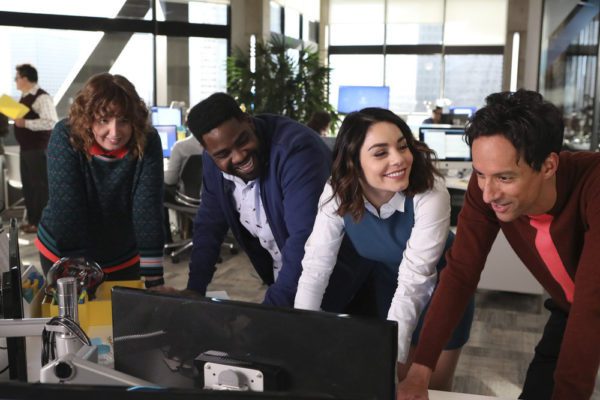 Episode 2 finds Emily (Vanessa Hudgens) trying to find a new place to live in Charm City. As she walks with Jackie (Christina Kirk) to try and buy a scone, the street is attacked by Jack-O-Lantern. As they make their way to Wayne Security, Van (Alan Tudyk) tells the assembled R&D team about his time at the Wayne Enterprises retreat in Greenland, complete with stories of staying in an Ice Hotel. Apparently, management has greenlit a new device from the team called the Anti-Rubble Umbrella. As the team gets excited at the chance to show their talent, Emily gets a little too excited and promises that they can have it done by the end of the week. As the meeting breaks, we are treated to another little known fact about the Wayne family: Apparently, no one tells a Wayne where to pee. 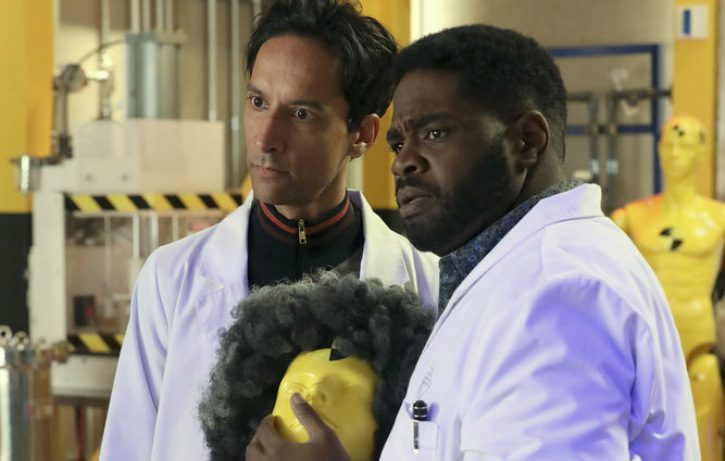 Ron (Ron Funches) and Teddy (Danny Pudi) continue to stand out as a great comedy duo as they introduce the prototype of the Rumbrella. It doesn’t go as planned. Meanwhile Van Wayne enlists his assistant Jackie’s help in determining what’s wrong with the Wayne Dream Team company photo. As she points out that there are no women or minorities in it, Van points out that he can’t be seen in it. As the deadline looms, Emily starts to notice that her team is less and less motivated to complete the Rumbrella and more interested in a Fantasy Superhero League that they are a part of (Personally, if it actually existed, I would always bet on Batman). 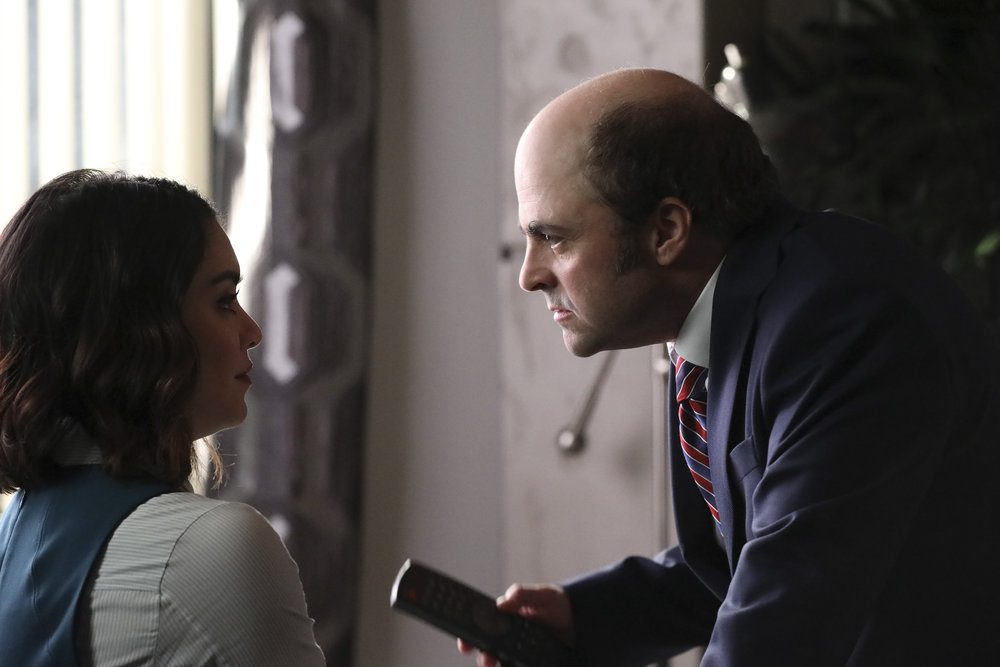 Emily decides to enlist the help of HR to try and get her team in line. She decided it’s better to have them play the bad guy than to be seen as one herself, but the plan backfires when HR director Greene decides not to just block the Fantasy League website, but the entire internet, a move that causes the engineers to scramble to find a solution. 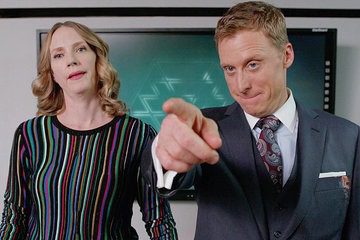 There is one dynamic that continually makes me laugh. The relationship between Van and Jackie is hilarious and will, hopefully, continue to be explored. Jackie clearly knows more than anyone else on the show and while it would be easy for her to just let everyone fail naturally, she does genuinely try to help them to not embarrass themselves, but will absolutely stand back and enjoy herself when they do.

Naturally, the team finds out that Emily is the one who betrayed them to HR and she immediately tries to find a way to make it up to them while coming to terms with the fact that she got them in this mess in the first place. Her punishment is watching a six hour workplace Anti-Bullying video four times in a row.

Powerless has a lot of potential. The premiere episode had its moments, but it was hard to get a sense of the direction the show was taking. “Wayne Dream Team” does a better job of establishing the characters and their dynamics, but it does have a few moments with the Emily character that can be tiring quickly. As a character, Emily’s need to be friends with everybody can go from endearing to annoying very quickly and that’s something the writers need to address sooner rather than later.