NBC has premiered the pilot episode to it’s newest comedy series set in the DC Universe, Powerless, and it is full of laughs, puns, and cheesy banter. Powerless delivers us a lighter tone that isn’t normally showcased in DC Television and is a welcomed change of pace from the dark and broody that is almost trademark to DC Comics. The opening credits even play into the lighthearted nature of the show showcasing well known comic book covers, such as Action Comics #1,  highlighting the innocent bystanders as they watch their heroes “save the day”. 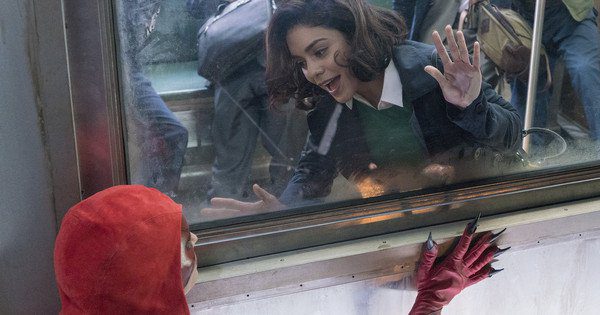 This episode follows the bright and aspiring, Emily Locke (Vanessa Hudgens), as she heads to her first day on the job at Wayne Security as Head of Research and Development. In true comic book fashion, her commute to work doesn’t exactly go as planned as Crimson Fox is defending Charm City against the villainous, Jack O’ Lantern, causing chaos and damage in the process. As Emily arrives at Wayne Security, we are introduced to her boss, Van Wayne (Alan Tudyk) who’s only interest is making his way to the Gotham Corporate office with his cousin, Bruce Wayne..he refers to as “B-Dubs”.

Teddy (Danny Pudi), Ron (Ron Funches), and Wendy (Jennie Pierson) make up Emily’s R&D team whose goal is to help the common citizen by providing them protection from superhero and supervillian alike. The performances from the actors and actresses in the episode were quick, witty, and on point throughout. 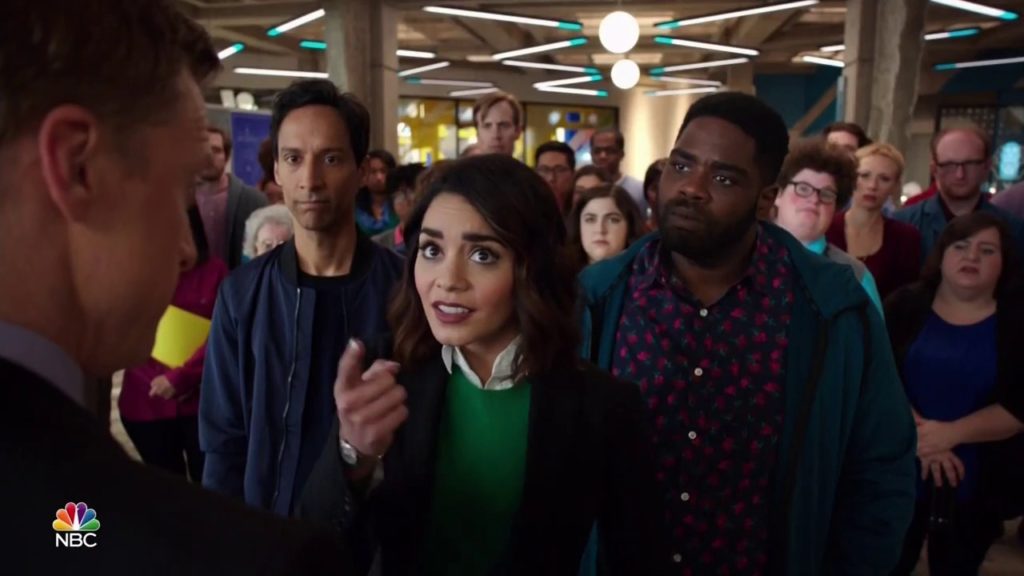 I never felt like the show ever leaned too much on name-dropping major characters from the comics as some shows have tended to do during their first seasons. Don’t get me wrong, there were a LOT of fan favorite characters from the comics that are referenced in the show from the Joker to Captain Marvel (SHAZAM!) himself, however I always felt there was a purpose to said references. Overall, it made the show more enjoyable to me as a fan and despite NBC’s track record with DC Television, Powerless has the makings of a great comedy and I hope for it’s success and look forward to the next episode.