We speak with ‘Walking Out’ actor, Josh Wiggins on his role in the film during SXSW

Walking Out premiered during South by Southwest, and actor Josh Wiggins along with Directors Alex Smith and Andrew J. Smith were in attendance for the event.

GWW was on the red carpet where we got to chat with the star of the film, Josh Wiggins on taking on the role of David.

Based on the masterpiece, American short story, Walking Out, David (Josh Wiggins), an urban teenager’s journey to rural Montana to go hunt big game with his estranged, ‘off the grid’ father, Cal (Matt Bomer). As they ascend deep into the wilderness, father and son struggle to connect on any level. A brutal encountering leaves them both with serious injuries in order to survive. survive.

Tell us about your character in the film.

Josh Wiggins: I play David who is a pretty sheltered kid who goes out to visit his father, who is a mountain man and they got on a hunting trip together and there is an accident. So my character is forced to go out of his comfort zone and step up to help save the family.

What steps were taken in preparation for the film?

Josh Wiggins: I worked out with a trainer a long time beforehand and thank god I did because If I didn’t I would have been dead. You are 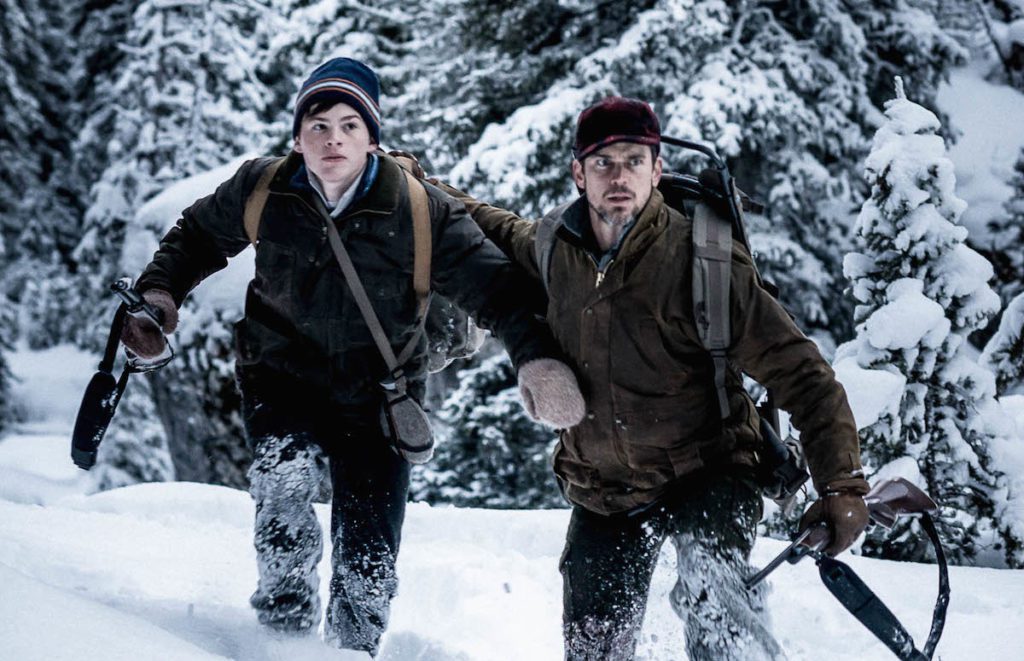 walking through snow up to your knees, you definitely need some footing down there. Matt went on a diet too to make himself lighter in the snow.

Did you know Matt previous to filming?

Josh Wiggins: We didn’t meet until it came to shooting. That was the very first time we had met. I believe this helped with the authenticity as our characters are estranged in the film. As the filming progressed, naturally we became closer. It worked out well.

What is your biggest take away from the film?

Josh Wiggins: I think the most implacable message to the story is, well David and his dad are two completely people with different sides of the coin and they find a way to come together and work together and survive together. I think the biggest message of this movie is to learn unification than exclusions and accepting each other’s differences and working together. It’s also a movie about pushing ones limits, it’s actually one of the many messages of this movie.

Have you seen this:
Doctor Who - The Ninth Doctor Adventures: Respond To All Calls (Review Video)