The Weeknd and Kendrick Lamar release “PRAY FOR ME”, The new single from Black Panther The Album

Two of the biggest names in music today, The Weeknd and Kendrick Lamar, have released “Pray For Me” as the latest single from Black Panther The Album—the official album for Marvel Studios’ heavily anticipated film Black Panther. The song comes fresh on the heels of Lamar’s five wins at the 2018 Grammy Awards, including Best Rap Album, Best Rap Performance, Best Rap Song, Best Music Video and Best Rap/Sung Performance and The Weeknd’s win for Best Urban Contemporary album, the only artist to win the award twice.

If you haven’t heard the track yet, you’re missing out. Black Panther is on set to be one of the best films of the year, and with Kung Fu Kenny as the mad scientist behind the soundtrack, I’m sure it’ll deserve equal praise.

Have you seen this:
TOP FIVE HORROR ANIME FOR HALLOWEEN

The album brings together several big rap names together such as Vince Staples, Anderson .Paak, 2 Chainz and Future to name a few.

The album arrives in stores and at all digital retailers on February 9, while Black Panther opens in theaters everywhere February 16. The album pre-order unlocks instant downloads of The Weeknd and Kendrick Lamar for “Pray For Me,” Jay Rock, Kendrick Lamar, Future and James Blake for “King’s Dead” ], and Kendrick Lamar and SZA for “All The Stars.”

Check out the full tracklist below: 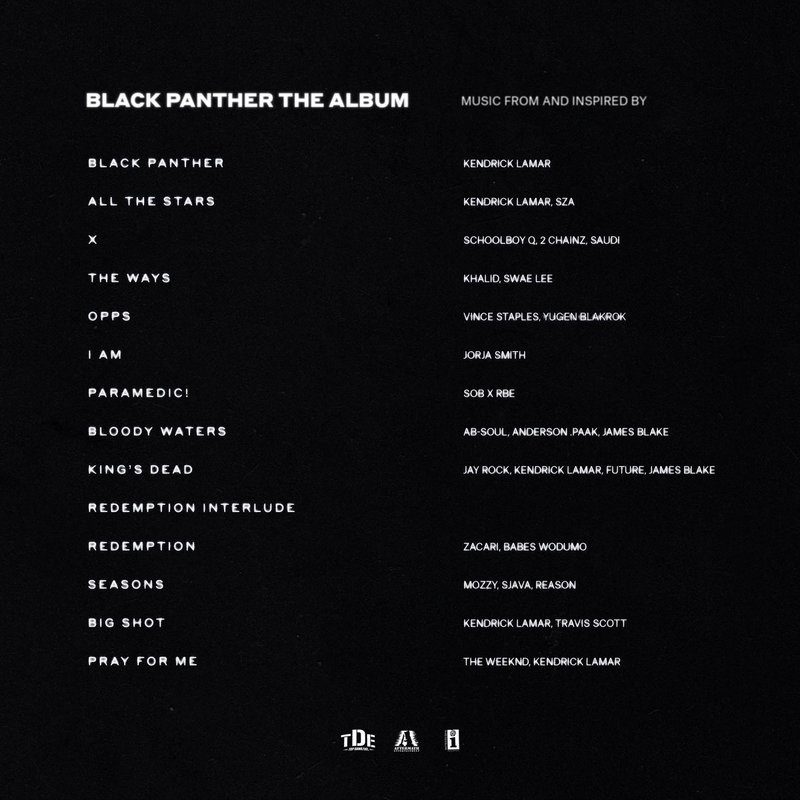