What The Legend of Zelda: Breath of the Wild Means to Us

A few of us Geeks were lucky enough to get our hands on a Nintendo Switch and the Legend of Zelda: Breath of the Wild (BOTW). We each have a unique background that compelled us to pour our time and faith into trying to order Zelda. We’ve come together for this editorial so we can bring to you a brief synopsis of what BOTW means to us.

Typically I play several games simultaneously. When BOTW hit, alongside the Switch, the stars aligned: I had several weeks of travel ahead and Nintendo’s first portable-home-console. I haven’t played anything else since March 3rd. Importantly: I haven’t wanted to. I’ve played every Zelda and have completed most of them. It’s my favorite franchise, hands-down. To be sequestered on a plane for 4 hours, with any other game, and I know I would have gone stir-crazy. I didn’t even bother to pack a tablet for movies. BOTW delivered in a way I did not expect. As I stated on a recent podcast, I feel BOTW is the love-child of the original The Legend of Zelda and Ocarina of Time. To me, it’s nearly perfect. Even the many annoyances (see the last hyperlink) in the game make sense to me. Over time, you learn to appreciate weapon durability, lighting strikes, and even poor horseback riding. To-date, I am 55 hours into BOTW and I’ve only now started to really hunt for shrines. I’m at 62 of 120. I have certainly never felt more powerful in the game and I know if I collect more orbs and korok seeds, I’ll be OP against anything in Hyrule. Hyrule castle, on the other hand, is an unknown to me. I find that exhilarating. I’ve never put this much time into a Zelda game, to only really be at 50-60% complete. BOTW’s world makes me want to adventure out of my comfort zone and climb large mountains. There are rewards everywhere. I recently began to explore the far corners of the world. I’ve found unique mazes and cool architecture that most certainly yield rewards that are still valuable to me. I suppose that’s the punch-line: what BOTW represents is a Zelda game that ends only when you’re ready. 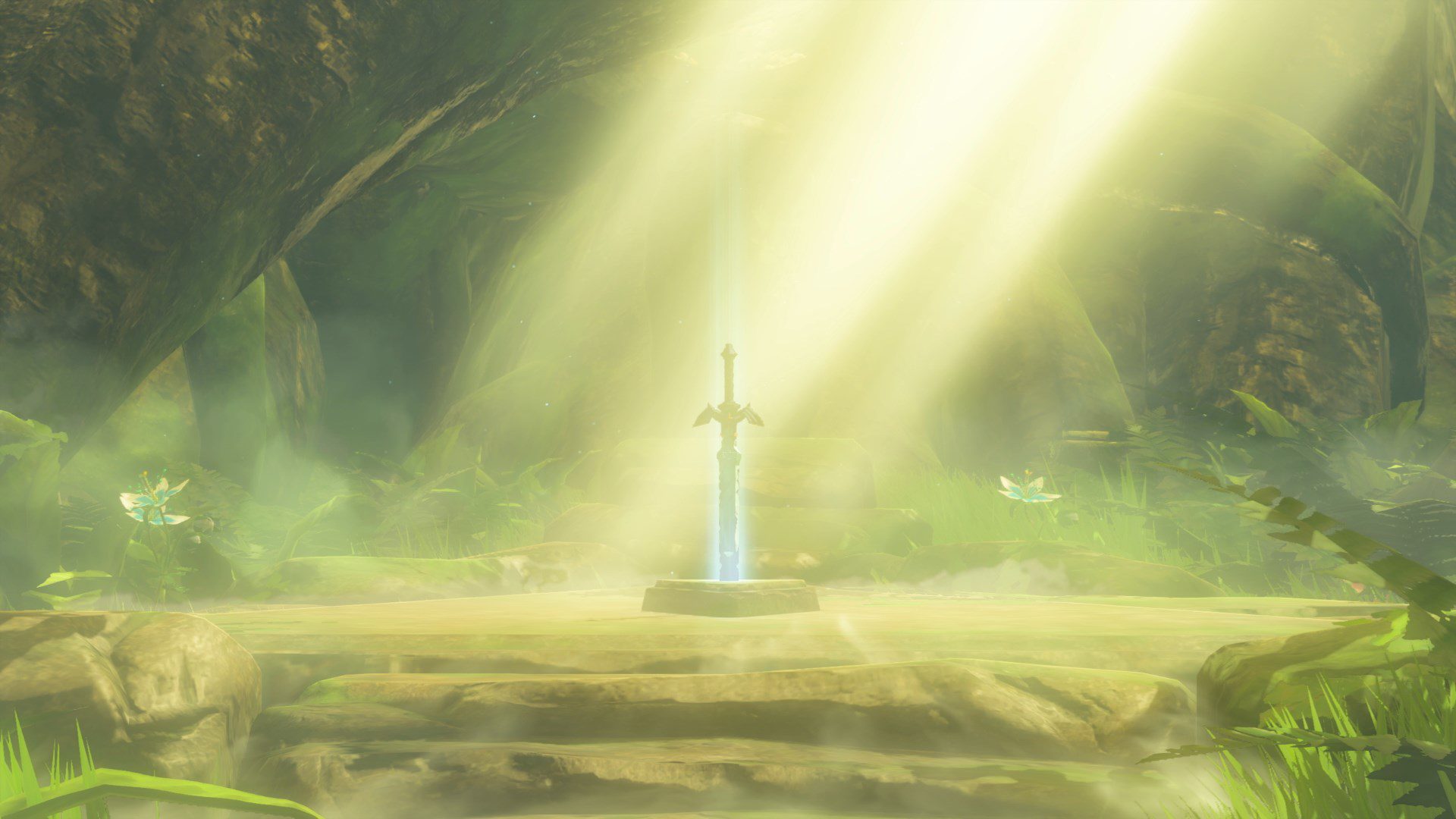 The Legend of Zelda has been near and dear to my heart for as long as I can remember. The original NES game was my introduction to console gaming and Ocarina of Time was the first game I beat. Needless to say my expectations for Breath of the Wild were extreme, but for the first time in a long time… they were met if not exceeded. Never before has the kingdom of Hyrule been so immersive and exhilarating, it’s as if I am finally seeing Link as I imagined he could be. The beautiful serene fields stretch out across the map and this expansive environment allows players to experience a world that is alive with characters and cultures. Players’ ability to explore at will only broadens the perspective of what we once knew and highlights how each area and culture in Hyrule are connected.  Personally I have found this to be my favorite part of the game.  Never before have I indulged in an open-world game without feeling the stress of not completing the main story, yet here I spent 20 hours walking around doing nothing before I’d even attempted my first Divine Beast. The feeling of scaling a mountaintop, watching the fauna, or discovering a hidden shrine never got old in 50 hours of gaming which is astonishing to me. The lore combined with the freedom of exploration are the keys to the re-invigoration of the stale open-world genre. In an age of media bombardment I spent the majority of my free time playing Breath of the Wild and my busy time thinking and raving about it. Without the hand-holding found in modern gaming I truthfully felt like I was on an adventure and, honestly, isn’t that why we play video games? 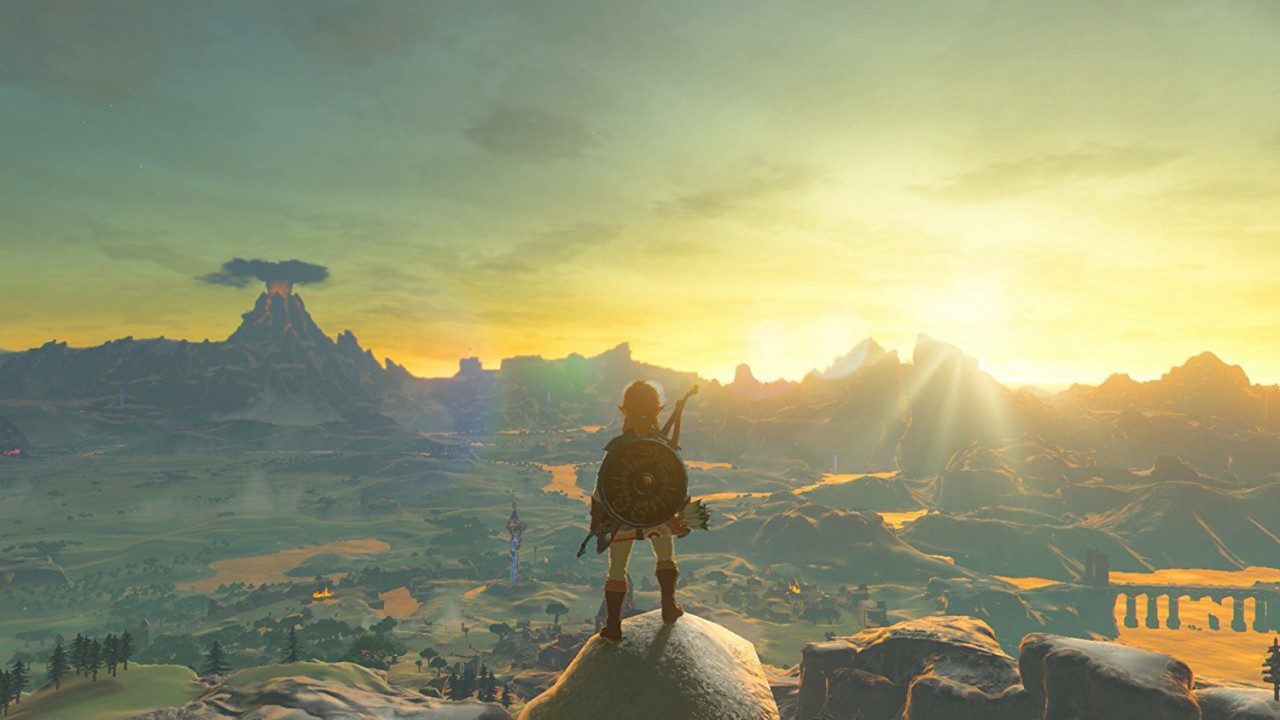 I try to avoid hyperbole as much as I can, BUT I’ve been attempting to think of a Zelda game or any game for that matter that I’ve enjoyed as much as BOTW and I can’t. From a pure gameplay standpoint, I cannot think of a game that rewards ingenuity and intelligence in such a way as this title does. This is displayed best in the shrines of the game. Instead of condensing all of its most complicated puzzles and to a small number of dungeons, Zelda has 120 of these puzzles dispersed and hidden throughout Hyrule. Knowing that there was a possibility of a shrine in my proximity made me want to explore. And with that exploration would often come with unexpected side quests, mini-bosses, enemies. I’m 85 hours in and I don’t want it to end. There’s more I could talk about but I’ll let my other friends at GWW talk more about it. 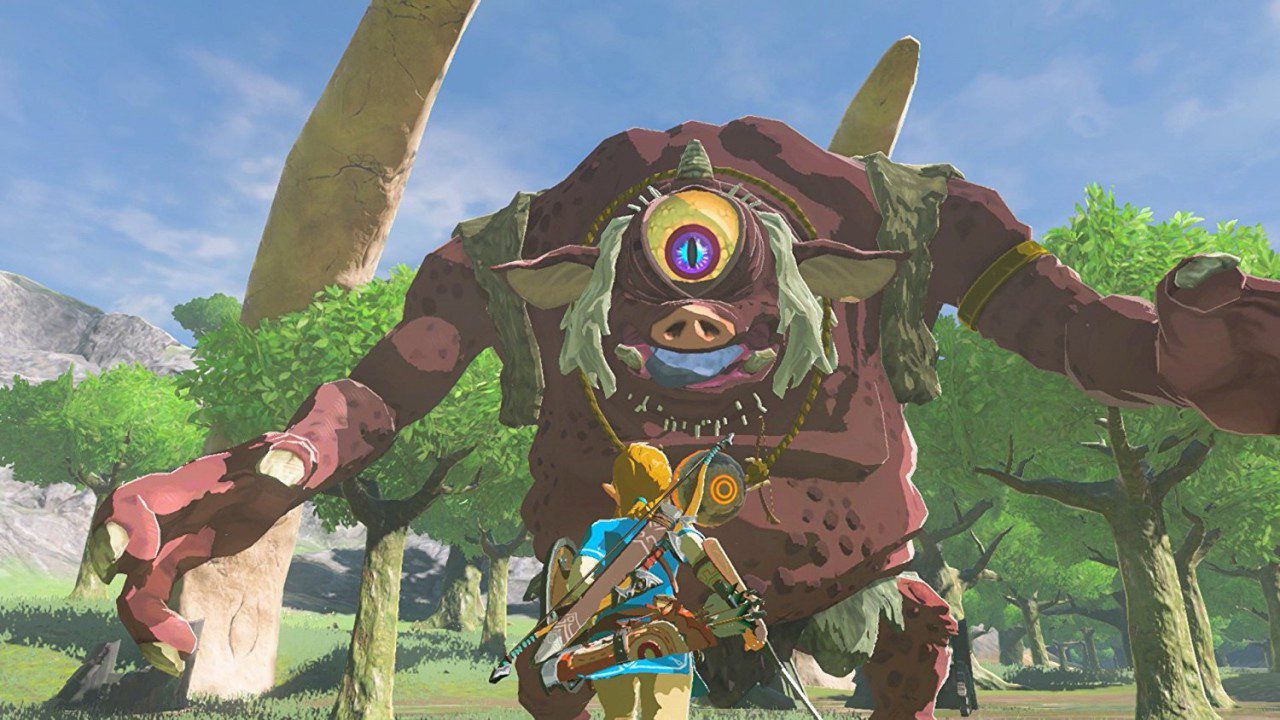 Gaming has always been a part of my life, for as long as I can remember. And one of the first games I remember playing was The Legend of Zelda. I also remember sucking at it, lol. I would jump on and off from other Zelda titles liking some and hating others (cough, cough, Skyward Sword) but when I saw the open world style of Zelda: Breath of the Wild, I knew this was going to be the Zelda I would forever be in love with, and I was right. Zelda: Breath of the Wild takes up every free moment I have, from bathroom time, to gynmastics and dance practices the Nintendo Switch and Zelda have become my new best friends. Like the days of Skyrim, I often find myself day dreaming about what to do next in the vast land of Hyrule and fantasize about my next adventure, dungeon or temple. I feel like Zelda: Breath of the Wild is a game I will never stop playing and I could easily sink 100s of hours into exploring and discovering every each of the map. It’s the most challenging and exciting time I have ever had with a Zelda game or any game on a Nintendo system and I can’t wait for my next opportunity, to plop on the couch and get lost in the land of Hyrule of hours. Everything about Zelda has been an amazing experience and its difficulty and unique systems are a welcome change for this long time gamer. By updating the original and giving it a place within modern games and graphics, Nintendo and the makers of Zelda may have created the perfect game.