Why Jessica Cruz is the 2016 Hero of the Year

Created by Geoff Johns in 2013, Jessica Cruz has become a crucial character in the DC Comics Universe. After witnessing the death of her friends while on a hunting trip, Jessica locked herself away in her home for three years, traumatized. When Harold Jordon of Earth-3 met his demise, The Power Ring which also went by the moniker Volthoom then found a new host in Cruz. In fact, the Ring also went as far as taking control over her body.

During the conclusion of The Darkseid War, Jessica managed to break free of Volthoom with the help of Cyborg and Volthoom was defeated at the hands of Black Racer.

So what makes Cruz so special?

Sure, technically Jessica debuted in 2013, but there are several reasons why she is the 2016 hero of the year. Let’s start with everything she managed to overcome in the past year, from acting as a puppet for Volthoom to becoming one of the key members of the Justice League.

She is full of self doubt and suffers from high anxiety. She often struggles with the idea of even becoming a Green Lantern and although she may not see it at times, her ring certainly does because as we know, the ring doesn’t just choose anyone. (Just wait until Green Lanterns #14).

Jessica Witnessed the murder of her friends and even went into hiding from the rest of the world for years. Even after she was dragged out of her home and freed from Volthoom’s grasp, These inner struggles, this form of PTSD she is going though, affects her every day, not only as a super hero but as a normal person attempting to regain this life in the real world. I feel like her constant doubt alone, has made her the most relatable Green Lantern yet. 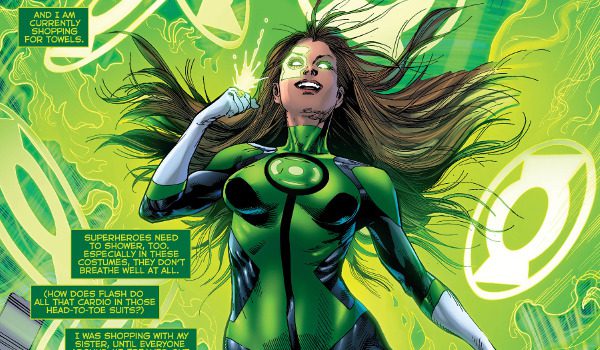 After Jessica manages to break free of Volthoom’s power, she joins the Green Lantern Corps and begins her training. Cruz gets partnered with Simon Baz by Earth’s greatest lantern Hal Jordan so earth’s newest Lanterns can learn, grown and become powerful together. The duo now star in their own Green Lanterns bi-weekly series written by Sam Humphries.

Jessica, who was technically just a rookie at the start has gradually grown into a full fledged member of the Green Lantern Corps. In the very first arc, Humphries pitted Cruz and Baz against the Red Lantern’s big man himself, Atrocitus. During the events of Red Dawn, Jessica battled her own personal demons, overcame her fear and together both Baz and Cruz caused the Red Lanterns to retreat as well as save the world from being overcome by rage. During all this, Jessica was still wet behind the ears and had only been paired up with fellow “rookie” Simon Baz for just a short amount of time. Also, with no help from the rest of the Green Lantern Corps. (See Hal Jordan and the Green Lantern Corps #1)

Not only is Jessica’s importance in the series great for those who battle with anxiety issues daily but for all women as well. I cannot preface enough, especially during this time, the importance of equality and diversity. Jessica Cruz, one of the Green Lanterns of earth is a Hispanic female woman. How Beautiful is that! In fact, There is a specific panel in issue #10 of Green Lanterns that beautifully encapsulates this diversity as we get a young girls reaction to seeing a female Green Lantern in person: 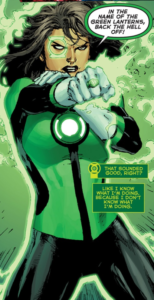 Although the Green Lantern Corps throughout the entire universe may be diverse, when you hear the words Green Lanterns, Hal, Guy, John, and Kyle are normally first to come to mind.

Not only is she a head liner in the Green Lantern series but she is also one of the main players of the current Justice League, along with Simon Baz. In Justice League, it was Jessica’s battle with fear, something she is all too familiar with, that saved her and the the rest of the world from being overcome by their own fears.

Now standing tall along Wonder Woman and the rest of these icons, Jessica Cruz has grown dramatically throughout the year from a supporting character to a lead and one of the best superheroes of 2016.

She has also recently made an appearance in the InJustice Mobile game. Here’s to hopefully seeing more of her in 2016 and seeing the more female superheroes well represented. I know she isn’t the only one and for that I say Thank you DC Comics. I’d love to see her have some sort of role in the upcoming third season of Young Justice or perhaps the Green Lantern Corps film. 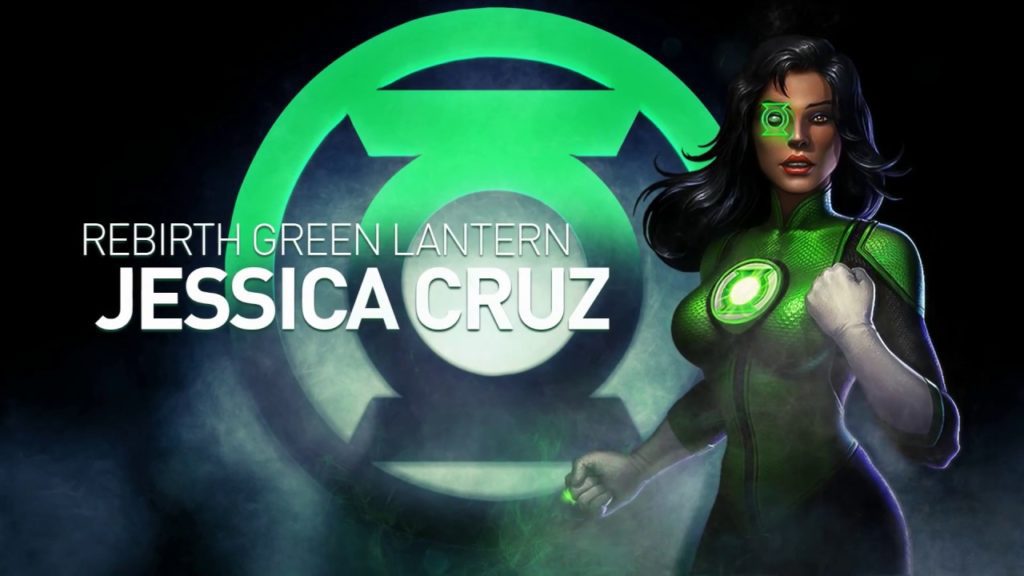 Who was your favorite superhero of 2016 and why? I’d love to hear your thoughts. Leave a message in a comments below or at @The_GWW or @VanBenavides