Why ‘Pokémon Stars’ is Real and Its Announcement Is Coming Soon

When it comes to Nintendo rumors, it’s wise to take them with a grain of salt. Year after year we hear that Nintendo is announcing a Mother 3 remake and of course, it never happens. However, the most prominent rumor regarding the Nintendo Switch is that a Pokémon game will be coming to it, and its rumored codename is “Pokémon Stars.” While some will deny it is a real thing, I believe it not only to be real, but that it is going to be announced soon - within the month of May.

The rumors regarding its existence began when Tom Phillips of Eurogamer revealed that multiple sources had told the site of a new version of Pokémon Sun and Moon that was being developed for the Switch and was actually quite far into development.

Phillips pointed out that “… earlier generations of Pokémon games have featured a third title launched later with expanded features - Pokémon Yellow followed Game Boy originals Red and Blue to start this trend, which continued through until Pokémon Platinum followed Diamond and Pearl on DS.”

For anybody saying 1) that it isn’t real and 2) that it would take too long for development to be ready for an announcement, Eurogamer has consistently been accurate in its reported news scoops, and since this codenamed “Stars” has apparently been in development for some time, it’s safe to say this offers a realistic enough window that allows it to come to the Switch and/or 3DS with the next year or two. It would certainly provide enough content to show off in regards to an imminent announcement.

Preparations  are being made

Travis Vertuca of Geeks World Wide reported last week that new images of the rumored Pokémon Stars are starting to pop up. One of those images was in the form of new merchandise that had appeared online with art of Pikachu under an open sky with the tagline “look upon the stars.” 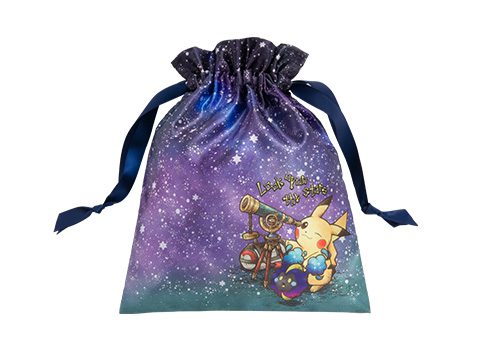 Sure, it could be totally coincidental. If this bag was available to purchase and there were no “Pokémon Stars” rumors, we wouldn’t take this as a sign that a new Pokémon game was coming. But there are rumors from credible sources and signs continue to pop up.

Recently, a NeoGaf  user noticed that the link “pokemon.com/hoshi” redirects to pokemon.com. “Hoshi” is the Japanese word for “Star.” This falls in line with what occurred for Pokémon Sun and Moon, when pokemon.com/niji (Niji means Rainbow, the codename for Pokémon Sun and Moon) also redirected to the main site. If you think that it is coincidental, know that somebody created that link manually. For example, pokemon.com/random or pokemon.com/gww (I had to) don’t work. This leads to two possibilities: either the game is real or it isn’t and we’re all being trolled.

But how do we know it’s being announced soon?

For as big of a franchise as Pokémon is, its titles have never been announced at E3. In fact, they are usually announced the month before. Twitter users @SerebiiNet and @Dystify provided and organized some important facts for what the month of May means for Pokémon. This list was created as of May 7, 2017:

Have you seen this:
How Technology Has Changed the Gambling Industry 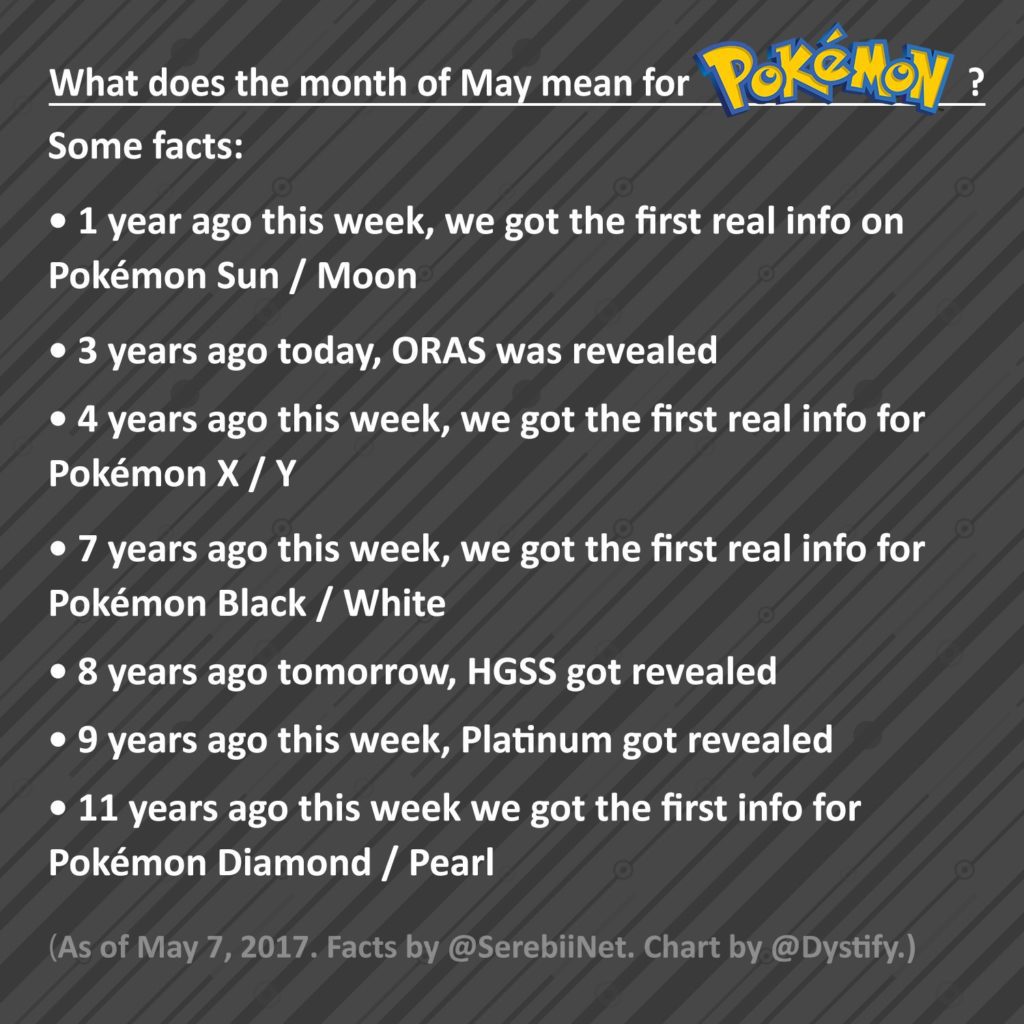 So what we see here is a pattern of great consistency by The Pokémon Company to use the month of May as its time to make big announcements. I personally cannot think of a bigger video game announcement than a Pokémon game coming to the Nintendo Switch.

Ultimately, we won’t now until it happens. This would be the first mainline Pokémon game to come to a console, and with that break in tradition might come a break in the traditional announcement timeline. I wouldn’t doubt that. I wouldn’t even doubt that it gets announced at E3. Nintendo would absolutely own E3 if it dropped that bombshell. But what I don’t doubt is that this is a real game and that it is coming to the Switch.

Eurogamer has been so consistent in the veracity of its rumors that I have no other choice but to trust them. The rumors, merchandising, website changes, and the tradition of what this time of year means to Pokémon all have me saying “when” and not “if.” This could be one of the most significant announcements pertaining to Nintendo in a very long time. Are you ready?

Do you think that Pokémon Stars is a real thing? What are you thoughts on a mainline Pokémon game coming to the Nintendo Switch? Let us know in the comments below!