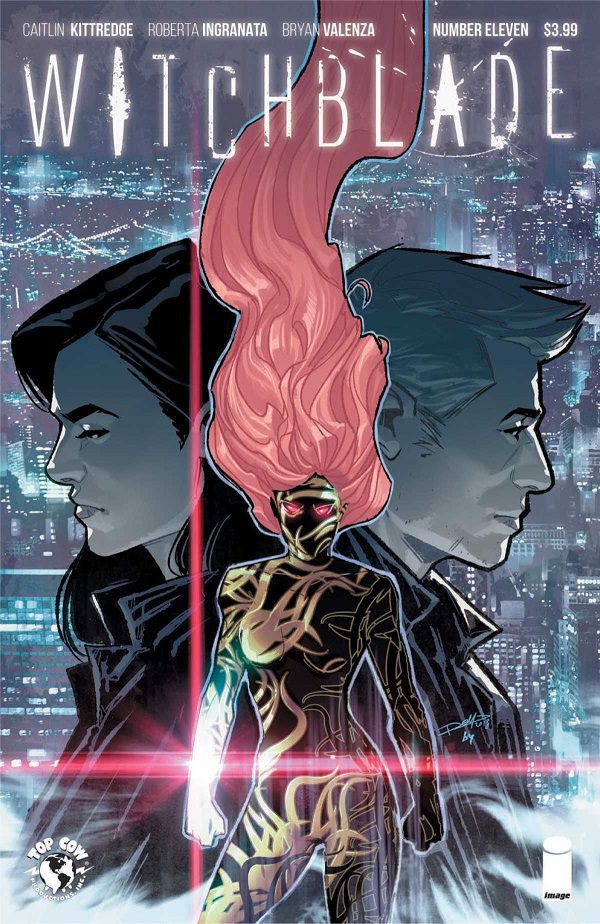 The last issue of Witchblade had Alex making her break from NGEN.  Artemis Fallon of NGEN wants control of the power and Alex is not going to just abide by her demands without a fight.  While she works on her escape, her friends are actually working to try and rescue her by breaking into the NGEN compound where she is being kept.  All of this creates a big mess which is already big enough with what they’re dealing with.  Outside of the rescue mission, we see that allies are going to be needed to take down NGEN because the fact is that they’re just too big to fight alone.  Interactions between all the characters are very enjoyable with some of the wisecracking jokes that are made along with a bit of violence that’s a bit milder this time around.  There’s one moment though that involves Detective Victoria who is coming to grasp this whole realization of demons existing in the world and the way she handles it is quite understandable.  The issue is really building towards the bigger confrontation of Artemis and Alex that will come later.  This is definitely one of the slower issues in the series but with what they are looking to go up against this time, they need to have all their bases covered and as long as we’re having a good time with everyone here, I won’t mind the ride to go on longer.

I’d have to say that this is probably one of the best art teams out there in comics right now.  Not only because of well the characters are drawn and colored, but things like a view of a city from afar are done well enough where for locals of that area may even recognize it.  I also really enjoy how the coloring gives the darker feel in the story, it never comes off as too gritty.  It just has this very nice balance going for it which is why I find the art to always be one of the big highlights for this series. Witchblade really continues to build up its story and while this issue isn’t really one to jump in for new readers, current readers will still find lots to enjoy even if they may get a bit lost with the way things in certain points bounce around.  It still leaves you wanting more by the end and hopefully, through word of mouth, this series will continue to expand on its audience.