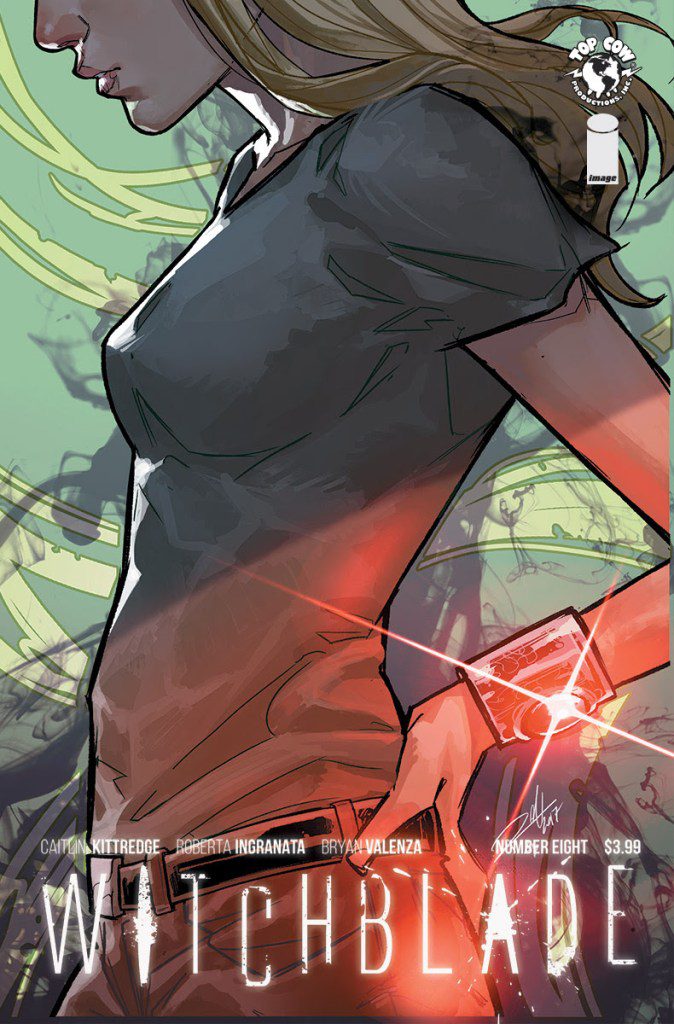 The new issue of Witchblade dives into Johnny’s resurrection from the dead. Through his story, we find out about a large corporate company that is responsible for bringing Johnny back to life as well as in charge of the person that was sent to kill Alex for her bracelet and the power of the Witchblade. Even though Alex is thrilled to have Johnny back alive, their relationship isn’t exactly off to a great start but this is all due to how Johnny was seemingly trying to avoid telling her what happened to him. It’s understandable that he’s trying to not let her know much to protect her but later in the issue, he becomes very aware that they need to start working together since she is the one that they want.

Have you seen this:
We Have Demons, ARKHAM CITY: THE ORDER OF THE WORLD and more: The GWW Pull List

Detective Roseland also makes a brief appearance as she’s approached by a couple of men regarding the case she has just worked on. They’re there to persuade to be silent on certain matters revolving around that case but I very much doubt that she’ll do that. I really enjoyed her in the last arc and I’m very much looking forward to seeing how she’ll end up helping this time around. Alex does use her powers here, it’s only for a very quick moment but the confidence she is having in the use of her powers and to not be scared continues to grow with each issue. The woman that tried to kill her known as Maggie is now in jail but someone new is joining in on the madness and she definitely appears to have certain things in common with Alex.

The art is still great in this series that still delivers that bit of darker atmosphere but never afraid to stray away from a good joke or two. The panel layout doesn’t do anything extravagant this time around but everything still has a very nice flow and never looks like a mess or confusing. This issue really does focus on bringing everyone to trust Johnny and to learn whom it is that they’re up against. Even with all the support Alex has right now, it certainly seems like things are going to get very difficult for her with these much larger players and they still don’t know what their true goal is. You’ll definitely want to stick with the team here as things are really starting to get rolling in this new arc.

Have you seen this:
Catwoman: Lonely City #1 (review)