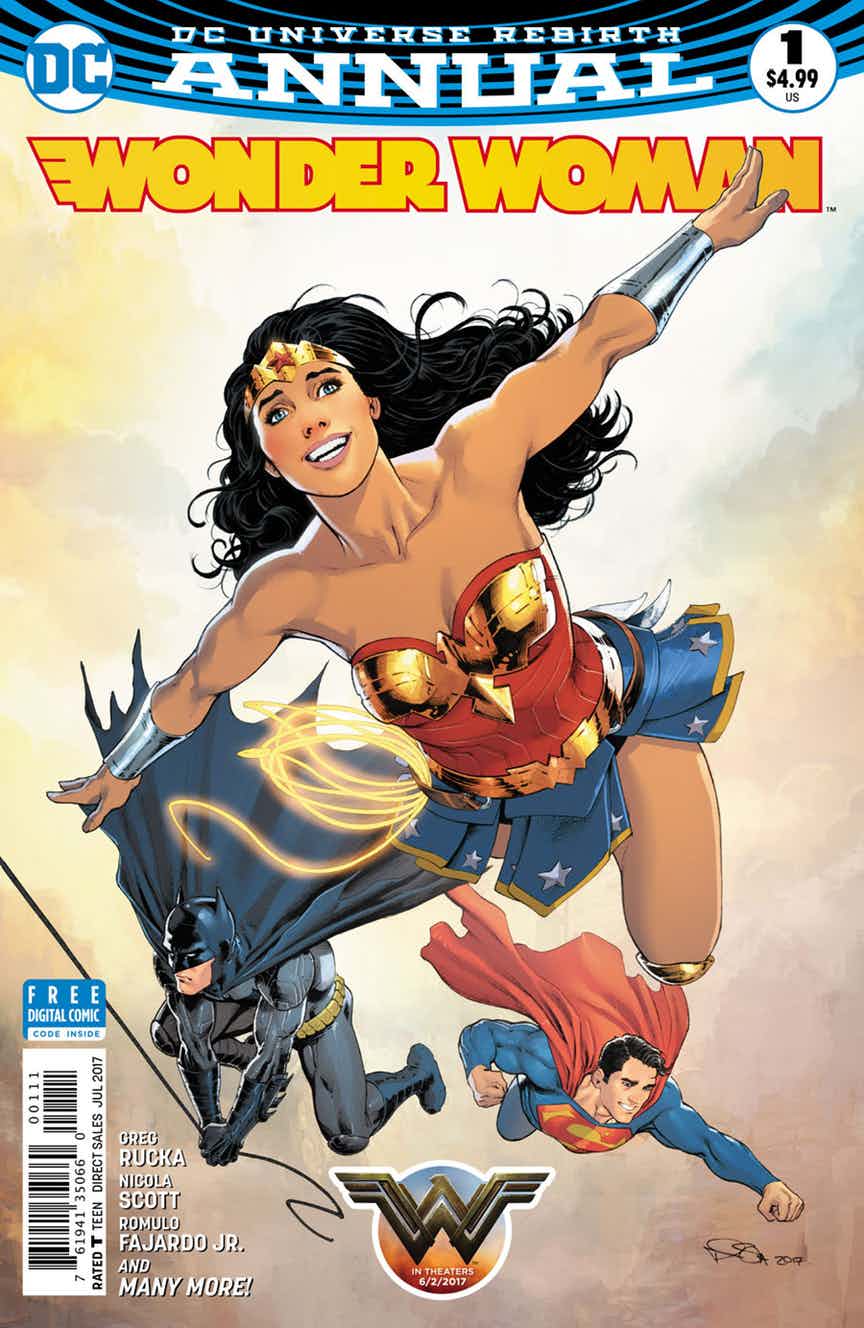 With Wonder Woman due to hit theaters everywhere, DC Comics has released her first annual since Rebirth. The anthology is highlighted by the final issue of Wonder Woman written by Greg Rucka and drawn by Nicola Scott, who had an amazing run along with Liam Sharp and the rest of the creative team. Though Rucka still has a few more issues to go, Scott will return to her creator-owned comic.

“And Then There Were Three…”

Greg Rucka and Nicola Scott team up one last time to bring us the story behind the Trinity meeting for the first time.

It was short but sweet, with Superman and Batman trying to figure out what the Amazonian princess was all about. It was a nice little story showing just how highly Diana is thought of. The end was a little cheesy but also very Batman. The art was great, Nicola always draws a great Trinity. This was definitely the highlight of the issue.

“In Defense of Truth and Justice”

With King Shark on the verge of being executed for a crime he didn’t commit, Wonder Woman must save the long time villain. 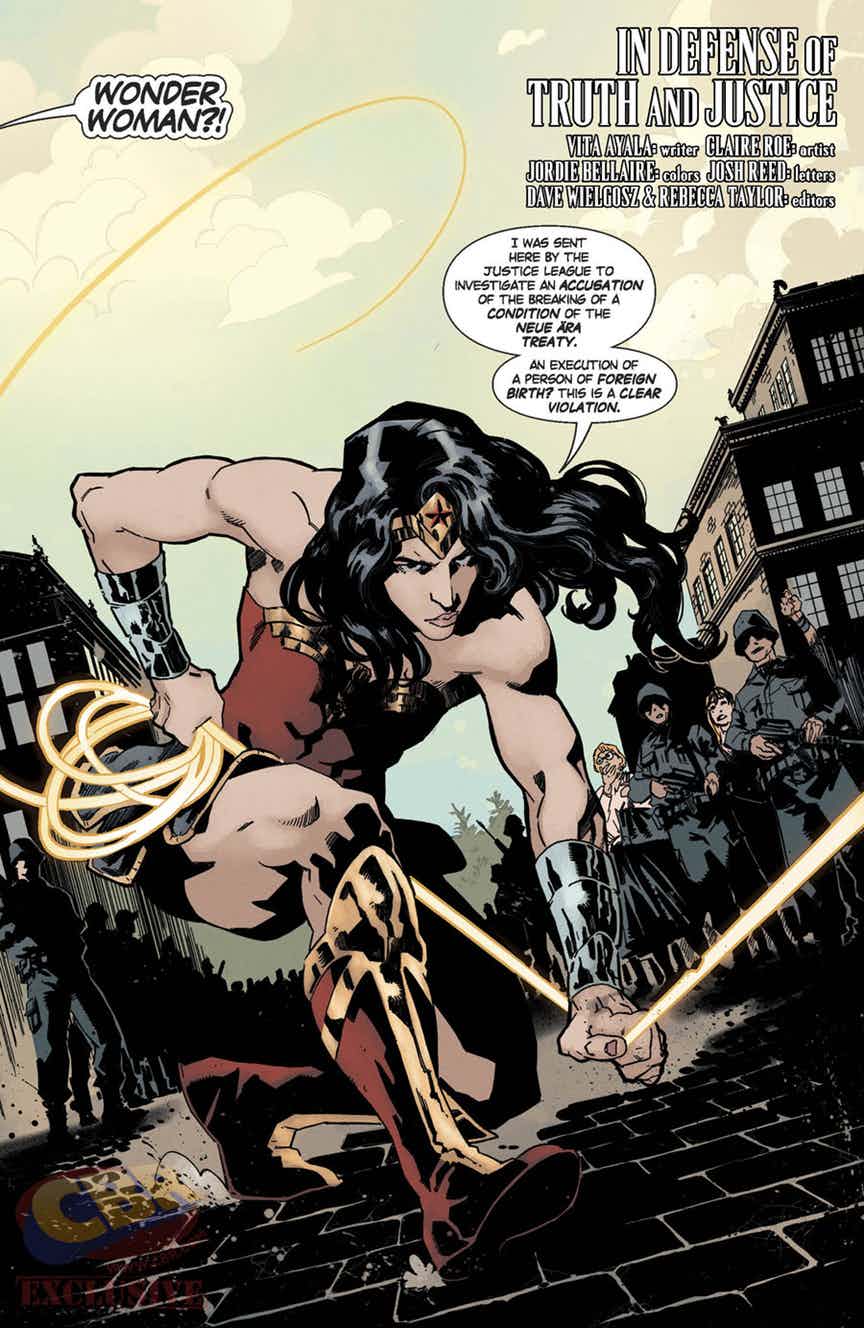 I thought this was a good story that showed off just how compassionate and trusting Diana is. She was the only one to give King Shark the benefit of the doubt after Captain Beckers called the Justice League. I wasn’t a fan of the art style though, it was not bad but it all felt a little cluttered. I liked the back and forth between Wonder Woman and King Shark at the end. It didn’t blow me away, but it wasn’t bad.

“The Curse and the Honor”

This is my second favorite story in the issue and could have just as easily been first if the story had time to be fleshed out. It has an old warrior taking on a curse to save his villain and he calls on Diana to kill him. Everything about it was great, even the art which was beautiful. It was written by Michael Moreci and drawn by Stephanie Hans. Both did a great job; such a good job that you’re left wanting more. I would have liked to see more of the history behind the warrior and his village, and more of Wonder Woman trying her best to save him without killing him. I’m bummed out we got such a compressed version of this story.

Wonder Woman versus a kaiju, an epic battle… written for children. With a kaiju ripped out of the film Pacific Rim, I would have liked a little more from the story than what we got. But I make peace with the fact that this story probably wasn’t meant for me, and that’s fine.