There is no shortage of avenues through which gamers can purchase the latest titles. Sony’s PlayStation Store, XBox Live, and digital distribution sites like Steam and GOG make it incredibly easy to buy games today, and these methods have the added convenience of cloud storage. However, there’s something to be said about holding a physical copy of the game; the sight, touch, smell, and (in the case of Nintendo Switch game cards) taste of physical media offers a unique experience all its own.

So which is the better buy games and maintain your library: digital or physical? Our writers weigh in. 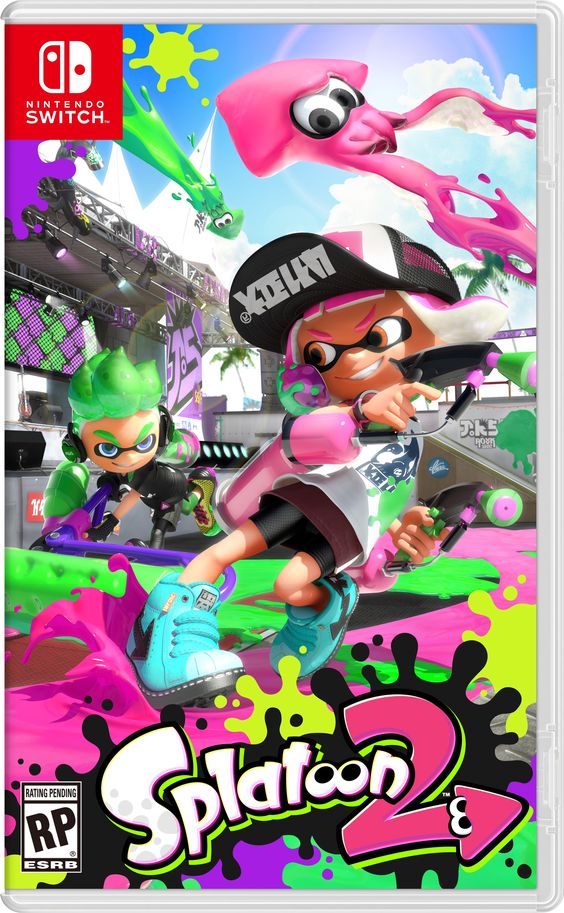 My preference and shopping habits indicated I am a hybrid consumer of physical and digital games. Ultimately, price is the deciding factor, with a small weight given to my plans for the game. For example, I often buy games for consoles in the physical form factor so that I can resell them. A $60 game becomes $25 at the end of a 2-3 month ownership period. This works for me because I rarely return to a game I’ve completed or given up on. On the one hand, I understand and have found value from digital purchases in the right place. On PC, for example, it’s so convenient to have all of my games on Steam or GOG. I can quickly and easily manage my library and games can be purchased after months or years of release on Steam or GOG at reduced prices.

Thus, I created a strategy that I used often: buy recent releases physically on consoles, then sell them. If I really feel the need to come back to them years later, I buy the digital version. Having done this for several years, I do not find myself going back to those titles for more than an hour or two. Which has caused me to shift to a new strategy: buy physical whenever possible for consoles, including Switch, and digital on PC.

For a while, I used to be strictly into getting physical copies of games. The primary reason for this was so that I could trade it in as soon as I finished the game and use that credit for my next game. Besides, I’ll admit there is nothing like holding something like a brand new game in your hands.

This is no longer the case with me though. Not since both Microsoft and Sony introduced Gameshare features on their consoles, which essentially allows you to share all your digital content with one other person, just by setting each other’s console as the other’s “home device” in the settings. I did this with my old college roommate/best friend of 9 years, who is also a big gamer like myself. Since doing this, we have over 300 games in our digital library alone. We now take turns purchasing digital games as well. For example, I’m set to purchase the upcoming Destiny 2 game, and when Battlefront 2 drops, my buddy will buy it. This way, we both benefit as we both have access to both games. It’s a great deal. With that said, you lose out of “trading” your game in, but let’s be honest: unless you go through Craigslist or a similar site, Gamestop basically gives you pennies for your purchase anyway. I would suggest to anyone who has either a significant other, a sibling or a best friend who is also a gamer, to try the Gamesharing function; this is where it’s at and is what turned me on to digital purchases in the first place. 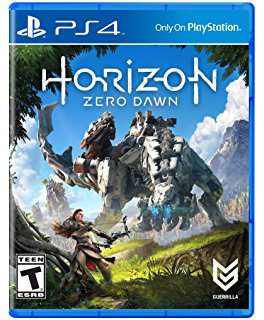 Even though digital is the way to go for convenience and quick accessibility, I still prefer physical game purchases. My main reason is, of course, a financial one, since I typically finish a title then trade it to afford the next game on my list. I beat plenty of games that I’d enjoy playing again, but I barely have enough time for my backlog, so subsequent playthroughs never seem to happen for me. Don’t get me wrong; if I really enjoyed a game, I’ll keep it in my library to possibly play again or lend out to a friend.

With that being said, I’ll take advantage of deals on the PS Store when it’s more affordable than a physical purchase, especially for older titles. Ironically, the games I plan to buy in August, Hellblade and Absolver, are only available via digital download. I’d actually prefer to buy them digitally due to their sub $30 prices. In addition, I might play Hellblade a few times if it’s as short as expected and Absolver would probably stay in my library either way since it’s multiplayer – but those are exceptions. Since I typically buy at least a dozen new games each year, the money saved on trade-ins and the discount programs available at retailers such as Amazon and Best Buy make physical purchases a must for me. 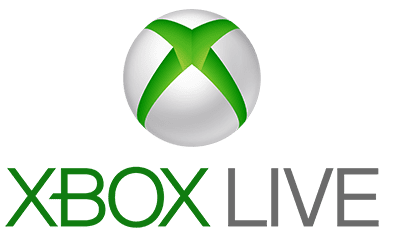 I have always seen myself as a person that is always up to date with technology, so when console games starting offering digital only versions of their games, it seemed like a no brainer. Since I was already an adult when there was push for digital console games, not being able to take games to a friend’s house was not a big issue for me. Physical and digital games take the same amount of hard drive space, so why not save myself a trip to the store? I have a son with his own PS4 so digital downloads, and that makes it easier for us to share games.

I do make an exception and buy physical games when they are on sale. There are many times a year where a physical copy of a game is on sale but not the digital version. I’m not a guy that sells used games either; my games stay a part of my collection unless I give them to a friend. From my point of view, I don’t understand buying a physical copy if it’s the same price as a digital version and will take up the same amount of hard drive space. Unless something changes, my stance will remain digital over physical (unless the physical version is cheaper). 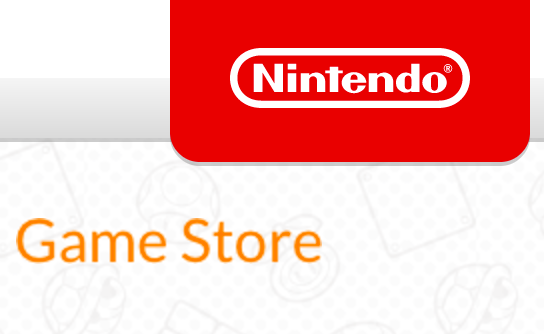 I began the transition to digital ownership late into the previous generation of consoles. This shift was less by choice and more by necessity. Life had begun to pull me in every direction it could and living arrangements didn’t last much beyond a year; there was no sense in caring about tangibility where I could help it. Though I’m less nomadic these days, I continue to be an exclusively digital gamer and haven’t looked back.

Digital ownership has increasingly become both a feasible and controversial option in today’s market. It’s a convenient way to manage large libraries and backlogs without needing to dedicate a section of your home to do so. With most console manufacturers embracing region-free ownership, it’s even possible to move halfway across the world without worrying about losing potentially hundreds of games in the process. Of course, not everyone experiences moments like the one I described, but the benefits are obvious.

Like it or not, digital is likely the future of media ownership. It has its problems – there is no reason for digital games to cost as much as their physical counterparts – but everything improves with time. Invest in digital now. It’ll save you the hassle of transitioning later. 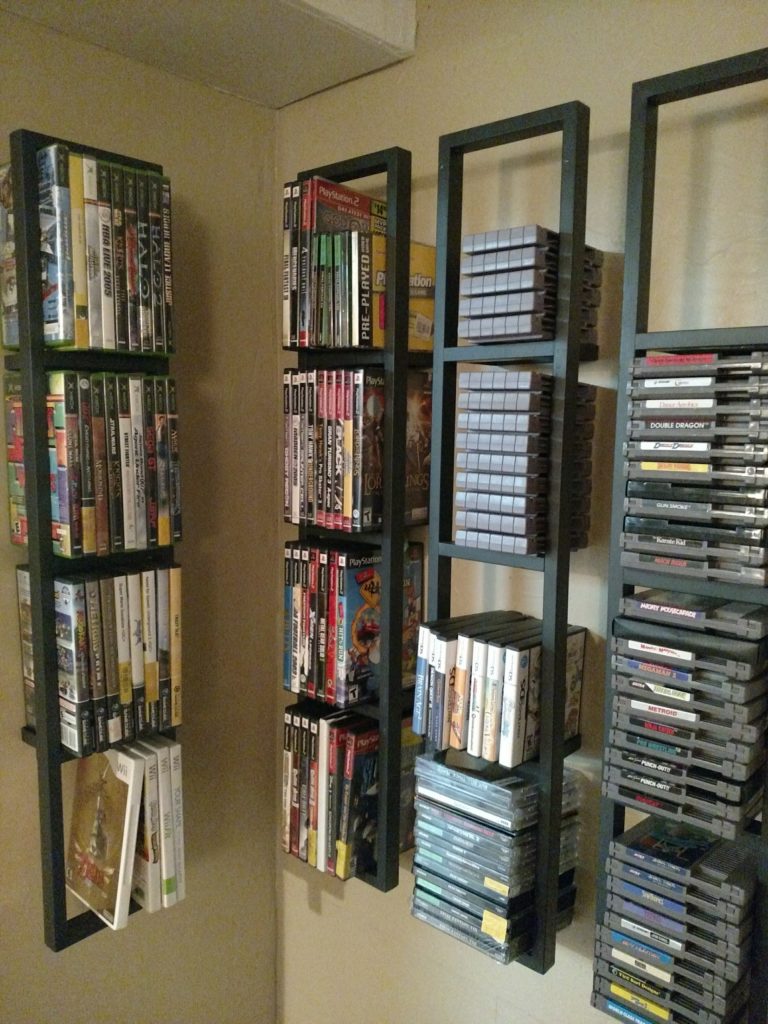 I may show how old and curmudgeonly I am by saying this, but there’s nothing like a physical copy of a game. In this day and age, physical media is harder and harder to come by. I know this, and I know that digital distribution is the way of the future, but physical copies of games offer a visceral, tangible experience that eludes digital downloads. The feel of clicking a 3DS card into place or sliding a disc into a tray has a strange effect on me. Perhaps it’s a nostalgic feeling that reminds me of popping an NES cart into a spring-loaded slot. Maybe the physical act of loading a game mentally prepares me for a play session. Whatever it is, physical media has a hold on me that digital platforms cannot replicate.

It also doesn’t hurt that I’m a retro gamer at heart. I love displaying the games in my collection (see the picture above), and I’m hoping to mount a collection of modern games on my wall that’ll evoke the same aesthetic in a few years time. Add to that the fact that physical games typically avoid common problems of digital releases, such as server-dependent DRM. However, I won’t deny the convenience that digital distribution has brought to the mainstream. I’m also a heavy PC gamer, and Steam and GOG have been godsends. One of my career paths has me reviewing several gaming laptops a year, and migrating my Steam or GOG library over to a completely new machine is as easy as a login and an overnight download session.

When it comes to digital platforms, I prefer GOG on the PC for one main reason: DRM. Games released on GOG are completely DRM free, meaning that they’ll just work without my having to jump through hoops just to load the game. On the negative side, this severely limits GOG’s offerings, so I have a pretty healthy Steam library as well. However, as I’ve said, there’s just something about physical media for me. Call me old fashioned, but if there’s a physical copy available, that’ll be the version I buy.

So which do you prefer? Is digital distribution the only way to buy games, or do physical releases still hold a special place in your heart? Let us know in the comments below, and let’s start a conversation!