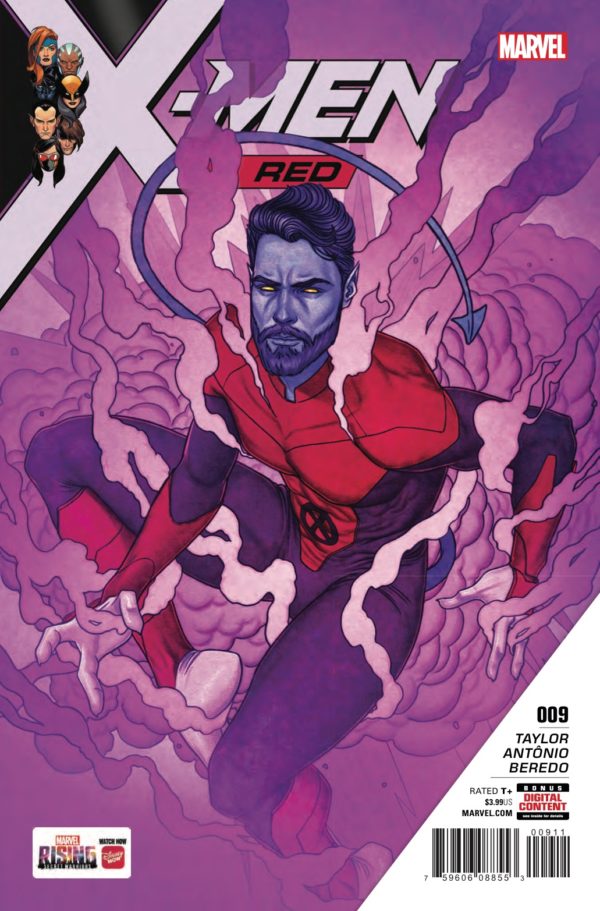 This may be my favorite Jean Grey issue in recent memory. I was legitimately stunned with the end. Because I thought Cassandra Nova actually killed her.

Now, maybe I should’ve known better. But Jean has always been fair game, maybe more so than any other X-Men character — or any other Marvel character for that matter.

Of course, when I assumed she was dead, I didn’t think she was gone permanently. Turns out I wasn’t entirely wrong. She just wasn’t gone in the first place.

What I want to know in all this: when did she decide to not actually go to Genosha and instead project herself?

Was it right from the beginning and kept secret in order to prevent Nova from recognizing the farce by reading another X-Men member’s minds? Or was it a result of the quick conversation with Honey Badger?

Have you seen this:
Spawn’s Universe #1 (REVIEW)

I tend to believe it was the latter. Because once Gabby told her about the time she “turned into a telepathic alien queen who could communicate with other aliens across the universe,” Jean’s demeanor changed instantly.

Her reaction probably had something to do with the content of Honey Badger’s story (apparently, she also blew up a moon in that story), but I think that also got the wheels turning in Jean’s head.

And it made for a very good surprise at the end.

No idea what the next move is specifically, though X-Men Red #9 did end with “Next: Mutant Nation War!” You have to think it’ll be the end of Cassandra Nova in some capacity. It doesn’t seem like she has any moves left to make.

By the way, what a viscously miserable being she is. Calling Rachel Grey “dog girl” is a bit much. I’m not saying it’s unnecessary dialogue. Far from it; I thought it was a small but great line that made me hate the character significantly more than before. Well done by Tom Taylor.