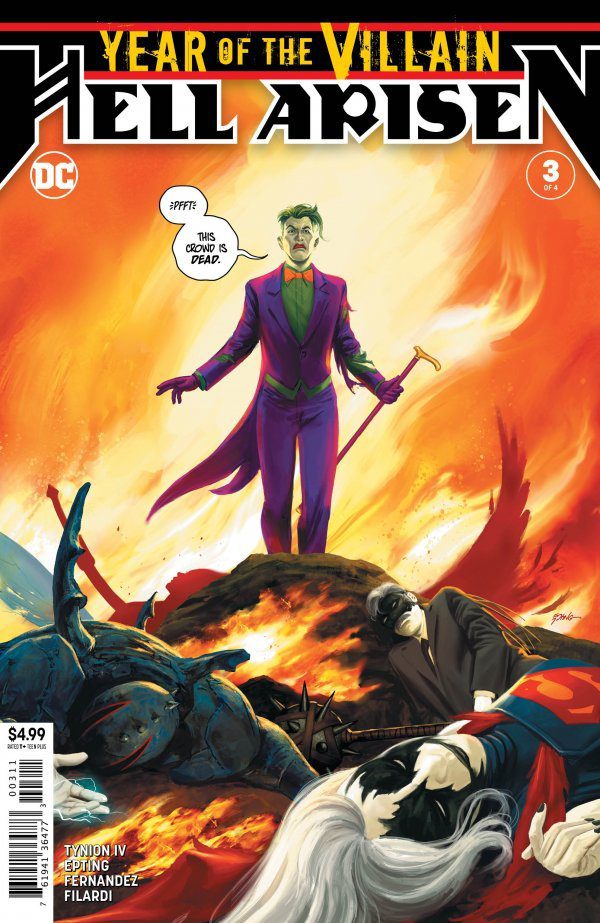 Lex Luthor is at the mercy of the infected heroes and gets an unexpected assist.

Lex has been captured by the infected heroes at the Hall of Justice and is being taken to the Batman Who Laughs. As Gordon and the others prepare to deliver their prey, Apex Lex is rescued by Joker and teleported to a meeting with Mercy and his new girl Punchline.

When they are safe, Lex proceeds to use his new powers to unlock the secrets of the toxin the Batman Who Laughs is using to transform the heroes. After getting the information he needs, he sends a call out and decides to challenge the Batman Who Laughs and his minions to a battle outside the Hall of Justice.

This issue is full of great concepts haphazardly executed. The characters in this story have the potential to take it to some dark and interesting places, but it plays out so blandly that I kept waiting for one of these villains to do something frankly. The Batman Who Laughs has lost an essential sense of quiet, deliberative menace which has been the character’s strength since being introduced. Joker is fun but isn’t given much to do beyond move the plot along and the end of the issue is the only part that gave me hope that this story might find some resonance.

Epting and Fernandez shine with the art in the issue. The characters look great and the panels are laid out beautifully as they move story along.

DC comics year of the villain