Summer is winding down my friends and as the kids go back to school it is time for us adults to get to the important things in life: video games. With the heat still here there are plenty of games to be excited about and enjoy while basking in the glory of air conditioning. This August will a plethora of releases and trust us when we say there are some incredibly tantalizing titles coming out on nearly every platform available. Seriously, just look at the slate below.

Famed studios including Studio Wildcard, Boss Key Productions, Naughty Dog (ever heard of them?), and others all have new games (and in some cases new properties) premiering this year and we at The GWW are ready for something new to play after tackling our Summer backlog. Each of us has taken a look at the upcoming slate and after much conversation pics one game each I will look forward to in August. 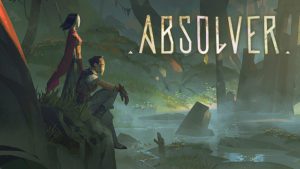 This upcoming martial-arts fighter from Sloclap has me excited for two reasons: its innovative combat and online open world. You awaken in the fallen empire of Adal, embarking on a quest from the Creators to prove your strength and join the elite corps of Absolvers. Along the journey, you’ll duke it out against both NPCs and online opponents. The rhythmic martial-arts combat looks smooth and weighty, allowing players to execute strikes, dodges, parries, and even employ weapons or magic in real-time battles. A strategic element is incorporated out of combat via the Combat Deck, a pre-set sequence of moves executed during combat by pressing square. Each sequence is tied to a selected fighting style and one of the four stances within it. Players customize and equip their deck prior to combat, choosing from dozens of individual moves in each style’s stance and chaining unpredictable patterns to catch adversaries off guard. As an added layer of depth, an alternate move (executed by pressing triangle) that changes stances can be chosen for each move in the sequence, allowing players to shift into a different stance at any point during their combo. It’s a simple yet intricate system that requires both premeditated strategy and quick thinking during fights.

What I’m really excited about is how Absolver’s martial-arts theme and gameplay will shape its online open world. From what’s been shown, it has the potential to create a fresh and tactical online experience. You’ll meet both NPC and player-controlled mentors in the world who can teach you new moves by taking you on as a disciple, and vice versa (yes, you can have a Daniel-san). You’ll also learn new moves from defeated opponents. Both PvE dungeons and PvP battle arenas will be available to join in cooperative groups of up to three. This is pretty standard fare, but the unique combat style can definitely keep PvP battles fresh and set up tense dungeon crawls that require coordinated pulling and battle tactics. One thing I’m a little disappointed about is that PvP encounters seem limited to instanced battle arenas, which detracts from the charm of being a wandering martial-arts master. Despite that, Absolver is my most anticipated game this month, and I’ll be getting my copy when it releases for PS4 and PC on August 29. 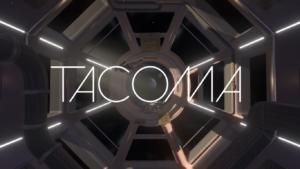 Having proven themselves in 2013 with the narrative-drive Gone Home, Fullbright’s Tacoma is finally set for release on August 2. Set in 2088, Tacoma tasks players with exploring the titular space station, discovering what has happened to its crew along the way.

Though most of its story has been kept under wraps, Fullbright has consistently kept Tacoma relevant with teasers and in-depth looks at its wonderfully crafted setting, on point dialogue and promising puzzle mechanics. Fans of mysteries and sci-fi need look no further than Tacoma when it releases later this week.

Sonic the Hedgehog has had a rough go of it the last few years. Although we have seen a fair amount of new Sonic titles such as the Sonic Boom series and Sonic: The Lost World, each has been more maligned than the one before and longtime fans of the series are losing home. Well fear not, Sega is looking to recapture their roots with Sonic Mania; a 2-D throwback to the better days of the blue blur.

Sonic Mania will feature classic levels and characters, secret paths, references to old games, and new mechanics while still holding true to the formula that has enamored fans for nearly thirty years. Heck, video game music label Data Discs has even pressed a beautiful soundtrack to seduce fans. As we’ve seen with the current path taken by Nintendo, Sega is pivoting to embrace nostalgia. This has been evident in their push for free classic games on mobile platforms and now the release of Sonic Mania. With three playable characters and a classic formula running at 60 fps, Sonic Mania should be a treat for new and old enthusiasts alike. This is an exciting time for retro game afficianados and Sonic Mania’s push towards the old style will be a welcome addition to this month’s slate of games. 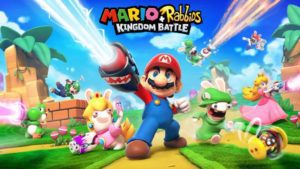 It’s not exactly a secret that Nintendo has historically been protective of its IP. Furthermore, it’s also been more than apparent that Nintendo consoles have faced 3rd party woes with an inability to woo developers into bringing their games Nintendo’s way. That’s why Mario + Rabbids: Kingdom Battle is such a delight to see. Not only is it a 3rd party game from a big AAA developer in Ubisoft, but it is also using characters from the Mushroom Kingdom with Mario, Nintendo’s “Mickey Mouse,” as the star character.

It’s not enough to say that Ubisoft is making an rpg Mario game, but they are bringing their own Raving Rabbids into the Mushroom Kingdom, as well. It’s the crossover that shouldn’t work, but for all reasons beyond my expectations, it looks like an endearing experience with great combat and plenty of humor.

Mario + Rabbids combines turn-based combat that incorporates a great deal of weapon variety and customization. In fact, it’s fair to draw comparisons to a game like X-Com. Ultimately Mario’s party will total 8 (Mario, Luigi, Yoshi, Peach, and their four Rabbid counterparts), and finding the best weapons and party combinations looks to add a welcomed layer to the combat.

In addition, this game will allow players to explore the Mushroom Kingdom, albeit in a more segmented manner. Still, exploring this world will surely be fun. I want to see where Yoshi hangs out when he isn’t waiting on top of Peach’s castle for Mario to collect all the stars.

To top it off, the team at Ubisoft behind this project seems to genuinely care about Nintendo and its characters. Mario creator Shigeru Miyamoto even stated, “I think Ubisoft really understands Mario as a character and knowing that really gave me peace of mind.”

If Mr. Nintendo himself is good with it, then so am I.

What are you most looking forward to in August? Do you plan on playing anything from our picks? Please comment below and stay tuned to the GWW for more video games news and picks.