The technical aspects of the Nintendo Entertainment System truly exemplifies how little the composers of the time were working with. The NES only supports a total of five sound channels, two of are pulse channels with 4 pulse width settings, one is a triangle wave generator, another is a noise generator used for percussion, with the final 5th channel for low-quality digital samples. These limitations forced the musicians to basically create with one hand tied behind their backs.  After the system and library had advanced, developers went the extra mile and created expansion chips to that added sound channels in certain cartridges. Games like Mr. Gimmick and Metroid took advantage of this to great lengths by expanding the composition base for each track, generating more complex layers and ranges, especially on the Japanese exclusive Famicom Disk System.

In part 1 of Bad Games With Good Music we explored some titles that, while not necessarily fun to play, were great to listen to. With part 2 we continue to revisit the lesser known dynamic scores created by pioneers of the genre.

If you’re a child of the 90s than you’ll remember the “extreme” sports television show RollerGames. In true 90s fashion, the show was adopted to an NES game that is as ridiculous as it sounds. A two-player side-scroller, RollerGames is a very strange attempt to capture the roller derby on the NES except now they take it to the streets. 6 teams from two conferences square off in derby madness with occasional one-on-one fights breaking out, all taking place in a post-apocalyptic looking environment. The soundtrack only matches the aesthetic of the game by using digitized rock and roll riffs to feed the gritty action.

Easily one of my least favorite games to play on this list, Solistice is an isometric adventure game for the NES. As the wizard Shadax, the player explores a maze of rooms to find the Staff of Demnos, a weapon used to defeat the main boss of the game. The main saving grace in this game in the score by composer Tim Follin of Silver Surfer and Ghouls n’ Ghosts fame. The title screen music is widely considered to be one of the best pieces of music on the NES and is actually a loop that continues for nearly three minutes before repeating.  Combined with complex rhythms, tempos, and orchestration, Solstice is an impressive high water mark for composition on the console.

Have you seen this:
Best Practices For Managing A Game Development Team

The Adventures of Bayou Billy (Konami, 1989)

Bayou Billy is a tough as nails, crime-fighting survivalist vigilante and trust me when I say it sounds a lot better than it is. The Adventures of Bayou Billy is one of the most detested games on the NES. Nearly impossible, the game centers are Billy as he fights to rescue his girlfriend from evil New Orleans crime boss Godfather Gordon. Complete with game breaking glitches, painful enemy AI, and poor hit box detection, The Adventures of Bayou Billy quickly found its way into discount bins across the county. Fortuitously the music was the one thing to take note of with songs like “Swamp & Street Fightin’ setting the tone for the New Orleans action. For those that remember, Bayou Billy also received some publicity on Nintendo animated TV series Captain N: The Game Master.

It’s important to note that the Teenage Mutant Ninja Turtles were at the height of their powers in the late 80s and early 90s. Seeing this as a prime chance to bring them to home consoles, Konami quickly created Teenage Mutant Ninja Turtles for the NES and later ported it to an array of systems. The story finds the Turtles on a mission to retrieve the Life Transformer Gun from Shredder. In an interesting tie-in to the comics, this device can restore their Master Splinter back to his human form. Featuring fan favorites like April O’Neal, Rocksteady, Bebop, Mecha-Turtle, and the Technodrome, this was set to be a sure-fire hit however, despite strong sales, the game itself featured glitches that would make many levels conventionally unbeatable. I highly recommend watching videos of speed-runners playing this game and taking advantage of said glitches. While the difficulty of this game is quite famous, the other notable aspect is the incredible music by composer Miki Hugashino, noted for his work on the Gradius series.

Bruce Willis couldn’t save this movie or game from being a misfire in the “musical action caper” genre. In Hudson Hawk, the player heads out on a mission to steal three artifacts belonging to Da Vinci. Alarms, dogs, security guards, and other foes try to thwart the theft and it’s up to Bruno and his trusted pal Danny Aiello to make off with the goods. Poor graphics, gameplay, objectives… you name it, Hudson Hawk missed the mark on all levels but music (and actor’s likenesses). Oh wait, did I mention that a rhinoceros stampedes through the Vatican? One interesting aspect this game retains from the movie is the use of lighthearted music to set the comedic tone. From the whistling in the movie to the 8-bit renditions of Bruce Willis rocking out, I recommend this game just for the tone and music alone.

What are your favorite video game tracks? Anything we missed? Comment below and be sure to check out Part 1 of GWW’s Bad Games with Good Music. 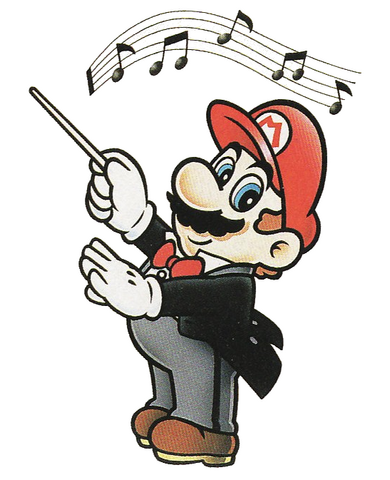