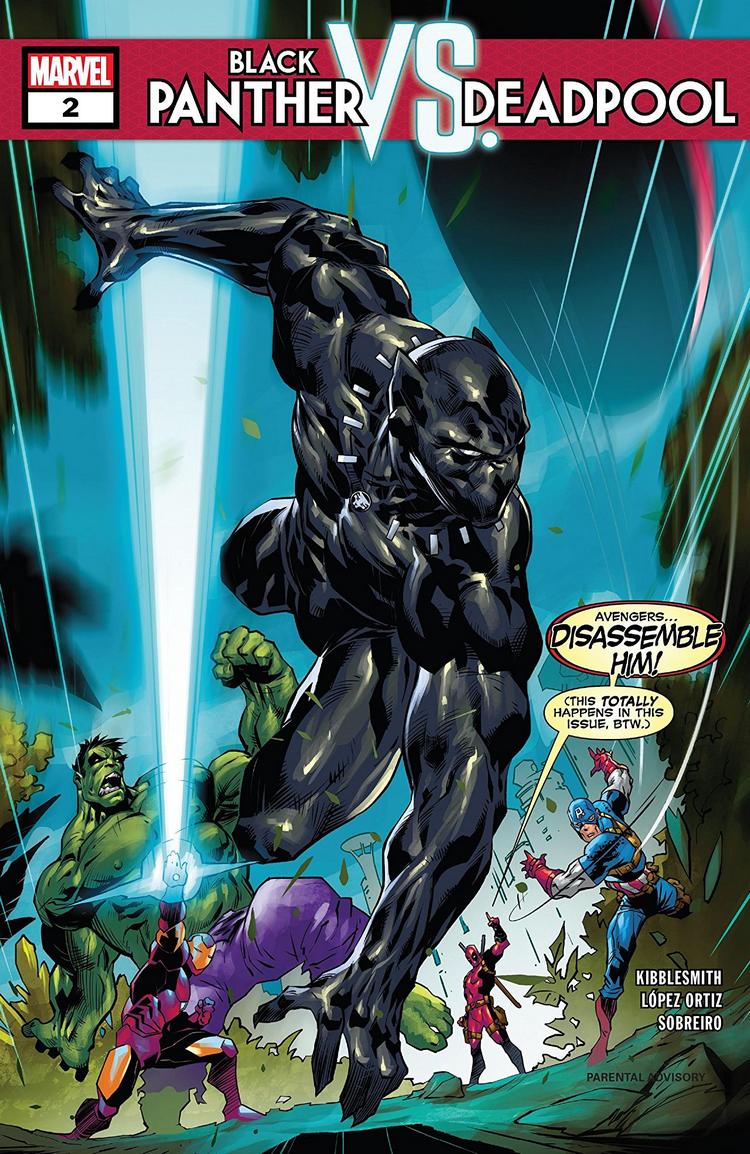 So we get a shot of Deadpool with a mere cat and a warthog, much less visually appealing than Timon and Pumba, the week after the live action Lion King trailer dropped. Do you think that was planned months in advance? I certainly do.

There’s no better example than T’Challa’s line, “Wade Wilson might literally be one giant tumor.” He said something along those lines last issue, but this is so spot on—and now we know it’s not just in the figurative sense anymore.

Can’t forget we also learned Deadpool is fluent in “translated word balloon.” Certainly, something that comes in handy in his line of work.

Then there’s the moment where Black Panther is talking over the new plans with Deadpool and finalizes it with “you will leave Wakanda forever.” To which Deadpool says, ‘“Wakanda Forever”? Hey, that’s catchy.’ Call me crazy, but he may have a point! Maybe instead of another run of “Deadpool: Assassin” or something killing-related we can get Deadpool: Marketing Strategist. (Seriously, I think people would at least buy the first issue of that, as dumb as it sounds. I know I would.)

Most important in all of this we learned that a severed head stays alive for 4 seconds after it’s removed. Not sure if that’s a fact, but if Wade Wilson’s the one presenting the facts then it must be true. And I’m not even going to question the fact that he replaced his arm with a zebra head. He was saving the thing’s life—I mean Spot’s life. Forget Deadpool: Market Strategist (it was a terrible idea anyway), let’s go with Deadpool: Humanitarian.

Before any of that happens, though, he and Black Panther have to team-up against Jack O’Lantern. Though I don’t know why they need to team-up to take him down, he’s not exactly Thanos.