As many fans may know, the Naruto Shippuden anime recently came to an end and we got to say goodbye to Naruto and all his incredible adventures one last time… or did we? The Shippuden manga actually ended back in 2014, and the anime has finally caught up, allowing us one final, emotionally draining goodbye. However, author Masashi Kishimoto began work on Boruto shortly after Shippuden’s end. Personally, they are fantastic reads that keep the spirit of Naruto alive. In 2015, Boruto: Naruto the Movie was released in Japan, and has finally made its way stateside in a convenient Blu-Ray/DVD combo pack, and I got the opportunity to review it.

Just like the transition from Naruto to Shippuden, the world of Boruto takes quite a lengthy leap through time, where the ninja world knows only peace, Naruto and Sasuke are finally in a good place with each other, and everybody you loved is married and has kids. This is pretty much where Boruto: Naruto the Movie kicks off. Naruto has fulfilled his life-long promise to become Hokage, and is constantly kept busy by his schedule of political affairs and mountains of paperwork. So much so that his son, Boruto, is feeling left out of serious father-son time with the legendary ninja. 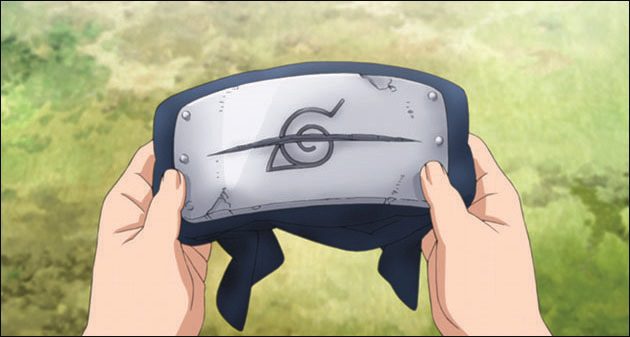 Meanwhile, the Chuunin exams are underway and Boruto has been secretly tasked by the Scientific Ninja Tool Team to promote their new portable scroll tool in the exams, which the Hokage had previously banned in the interest of keeping the exam pure. Boruto comes to a crossroads between hard work and taking shortcuts, so he seeks to make Sasuke his sensei, learns the rasengan in a sweet 80’s-like montage, and finally, along with his team, prepares for the exams. However, his conscious is still muddied with cheating to advance through the exams. Meanwhile, a threat looms from the depths of space/time. If you’re familiar with the end of Naruto, and therefore the goddess-like Kaguya Otsutsuki, two other members of her clan come to the land of shinobi after some casual reality hopping to steal the fruit from the god tree to give themselves immeasurable power and immortality.  But without the god tree in tact, their next targets are the tailed beasts.  Even if the plot is a bit far fetched for Naruto continuity, you’re in for quite an exciting time. 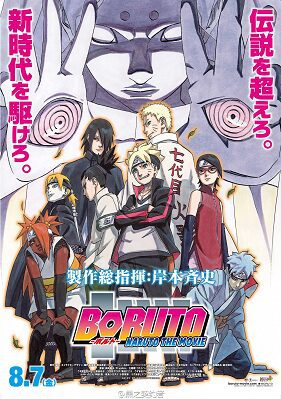 With the new Boruto anime releasing April 5th, Boruto: Naruto the Movie acts as a great introduction into the new series – Naruto: Next Generations – along with high expectations.  This is a great addition to any anime lover’s library, and for the manageable price of $29.98, you get Blu-ray and DVD copy along with a 10% discount code towards your next purchase of VIZ Media entertainment.  The combo pack comes in subbed and dub versions, so no matter what your preference is, the combo pack has you covered.  There’s also some nifty extras like a clean ending that acts like its own music video, with art that looks like it’s straight from Kishimoto’s hands.  Accompanying that is a short episode that revolves around the events of Naruto’s inauguration as hokage.  It’s a nice opener, and I’m making a habit of watching it before starting the movie.  It all works quite well together and adds some character depth for those that are diving into the series for the first time.  The movie is out now at your local retailer so don’t hesitate to check it out.