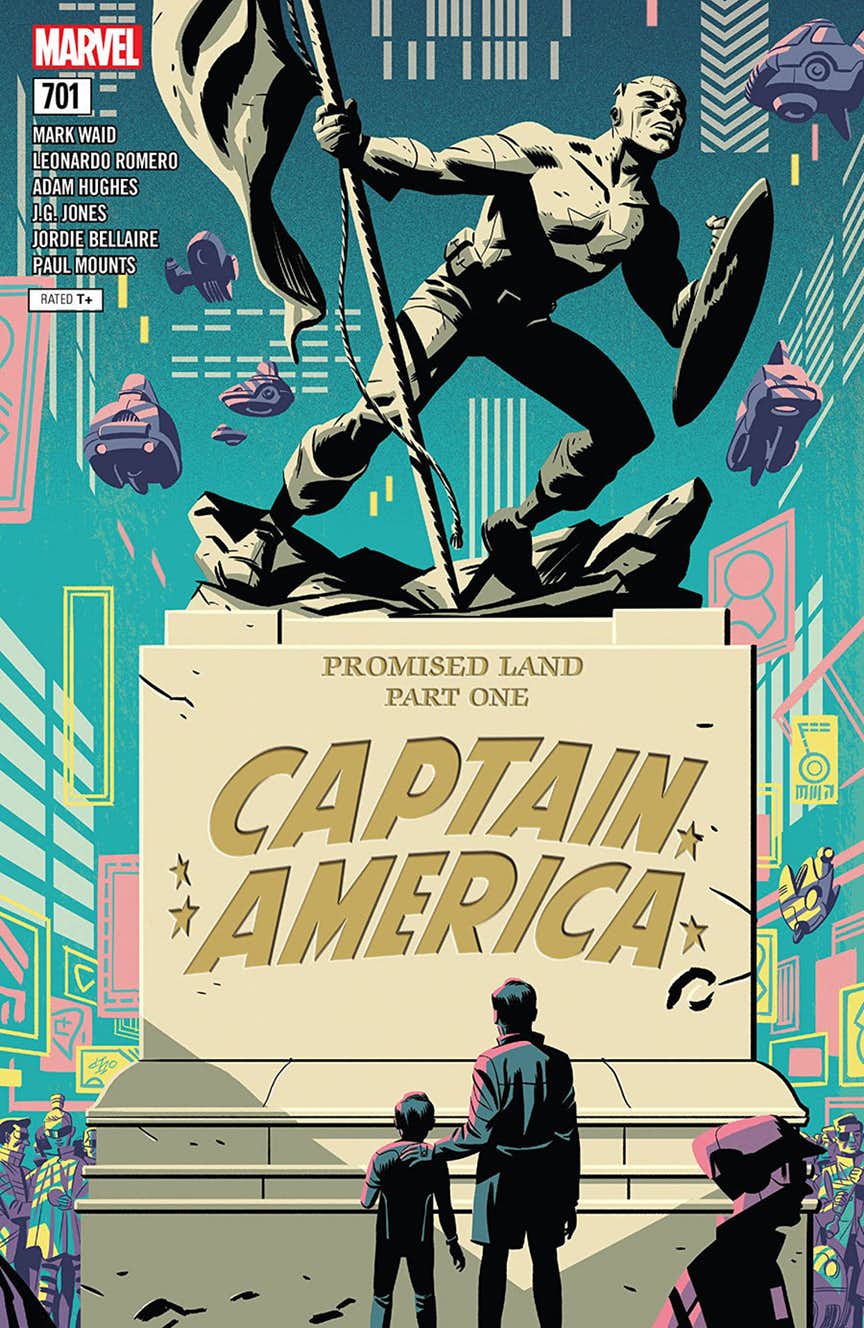 After the time traveling 700th issue milestone, writer Mark Waid again provides readers with another alternate future. Captain America #701 reads like a Marvel equivalent to an Elseworlds tale from DC. The story has some parallels to DC’s recent Nightwing: The New Order with themes about the value of superheroes and what it means to be a hero.

Mark Waid centers the story around Steve Rogers great-great-great-relatives in a world where everyone benefits from the increased health of the Captain America super serum. But the Utopian society of health it has created hides a larger conspiracy. The twist in the plot opens the door for Waid to tell a Captain America story without Steve Rogers and without superpowers. Waid has laid the groundwork for an exciting thriller that could explore what the ideals of Captain America mean.

Unfortunately, Waid frames this engaging plot with two historical Captain America tales. The artwork attempts to reflect the style of its’ era (WWII and the 1960’s) and mainly is successful due to the colors of Adam Hughes and Paul Mounts. But these vignettes hold no narrative purpose. They do not mirror similar emotional themes from the main story, nor do they tie into anything going on in the alternative future. Without a storytelling connection, they only serve to distract from the strong main plot and conspiracy.

Writer Mark Waid’s futuristic “what if” story starts off strong by raising questions about what is a Captain America story. Outside of the shield and super serum, what makes Captain America a hero? This story arc has strong potential and could provide a unique angle to Captain America, as long as it doesn’t get distracted with the Steve Rogers flashbacks.