Sculpted By Irene Matar and Based on the design by Batgirl cowriter/cover artist Cameron Stewart & Eisner Award-nominated artist Babs Tarr, This Batgirl of Burnside statue is one of the coolest Batgirl statues on the market.

The statue is posing to match the drawing of the original redesign that Batgirl went through in 2014 courtesy of Babs Tarr and Cameron Stewart. In fact, regardless of who is writing Batgirl, when you look at the 2014 redesign, which is still used now, you can immediately tell it has Stewart’s and Tarr’s brilliance all over it. Sculpter Irene Matar does a great job bringing that to life. The statue includes her signature angled yellow belt, bellow gloves, yellow combat boots and purple leather jacket. 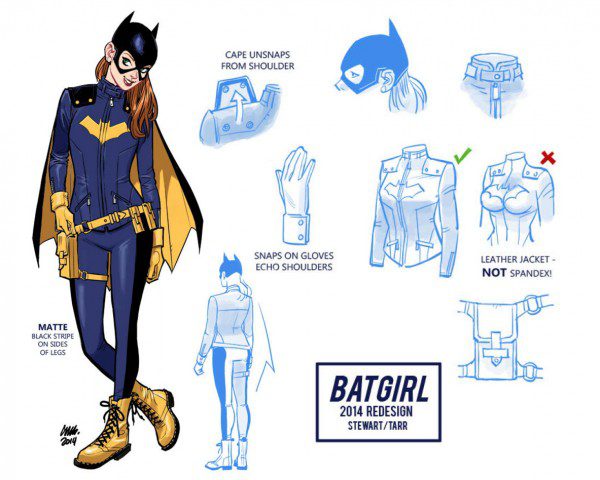 DC Collectibles originally released a smaller 7” Black and White version of the statue but when I heard they were releasing a colored 12.5″ Tall statue, I decided to wait and it was a decision well made.

The statue comes with a circular flat based with the Batgirl logo embedded. I will say be careful when attaching her to the base as it can be a bit tricky depending on how it’s angled. The only thing connecting the statue to the base is a small metal peg.

The statue is extremely sturdy and comes all in one piece. The ears on the cowl are extremely sharp so be careful there. The colors and pose really pop and is a nice companion piece to my Starfire statue based on Amanda Conner’s artwork. This Batgirl of Burnside statue holds its own against many Sideshow Collectible and Hot Toys pieces.

This doesn’t take away from the statue in any way but one of the things I would have loved was a variant colored version. Depending on who is drawing or coloring Batgirl, her signature purple jacket can come off either blue or at times black. It would be cool to see a limited run in those colors as well.

If you are a fan of Batgirl, I highly advise picking this one up. It’s currently going for about $59.99 on Amazon, which is a hell of a deal.