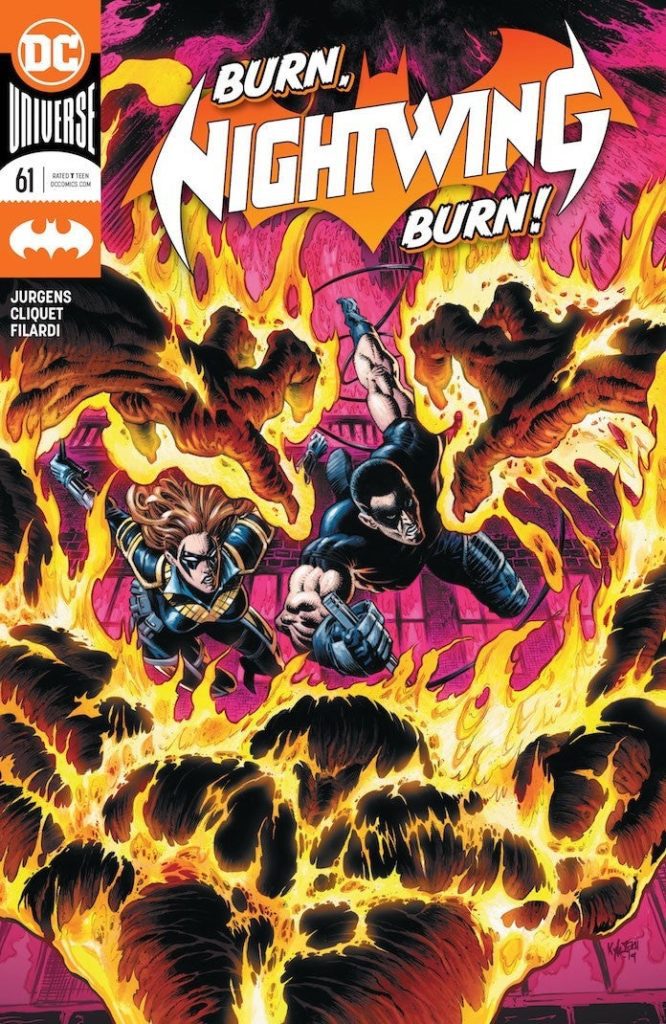 The best part of Nightwing #61’s story is the payoff on the fire monster’s identity. In Nightwing #60, Dan Jurgens gave us an idea of who the monster could be. Despite this, in no way did he tip his hand. However, the first monster (which Hutch brilliantly nicknames) is gone as quickly as we discover its identity.

Which brings things to the larger part of the problem with Nightwing #61. It was fine. Not bad or good. Just fine. We get the payoff on the fire monster, but outside of that, this issue seems forced. Having a quick pace is great and all, but what was the point? To get a message across about something heroes have to deal with because they care about those they help?

Despite the story not being the best, Ronan Cliquet shined. Throughout the well-drawn fight between the fire monster and the Nightwings, the shot of Ric entering the fight on the very first page was one of her best.

Have you seen this:
DC Reveals Covers for The Other History of the DC Universe!

Now, most of Nightwing #61 was a fight. Normally, I’m all about that. Generally, as long as the artist hits the right spots — which Cliquet does — I’m going to really like the issue. But the way things ended so abruptly, having an issue-long fight was not the right move. Ultimately, that’s the primary problem with Nightwing #61, preventing it from being a solid issue.