When we last left our team, Jesse appeared in STAR Labs informing everyone that Earth-2 Wells was taken by Grodd after luring Wells into Gorilla City. Naturally Team Flash decides to go to Earth 2 and save Wells, both to help a friend, and in effort of preventing Grodd from coming to Earth 1 in the future in the constant pursuit of altering the future to save Iris. Cisco (who as always is our resident quip machine and breach opening extraordinaire) joins Barry, as does Caitlyn due to her connection with Grodd, and Julian, because you don’t get the opportunity to travel to a parallel dimension and bust out your best Indiana Jones cosplay every day. This episode was strong on its own right, and acted as a very good catalyst episode for next week. As always, quite funny, quips and pop culture references from Cisco, Julian, and both Wells entities and some chemistry building for Jesse and Wally. The best, and most satisfying part of this episode of course, was our favorite telepathic primate himself GRODD who David Sobolov masterfully brings back to life.

Gorilla City was beautifully rendered, from the gigantic throne, to the gladiator arena, all the way to the cages our team are kept in after they are tranquilized shortly after making it to Earth-2, the world the Flash team created was nothing short of magnificent. As always, the effects used for our Speedsters, and the enhanced Gorilla population is spectacular, Grodd strikes fear into all who lay eyes on him, and you can feel the wonderful performance by Sobolov bringing that additional element truly to life. Keeping in line with Grodd and his arch rival Solovar, the king of Gorilla city at the beginning of this episode brought to life by Keith David, we get to see our telepathic apes possess humans to lend as their voices, Grodd uses Wells, while Solovar uses Cisco, getting to see Carlos Valdes acting as a menacing ventriloquist puppet is quite enjoyable. 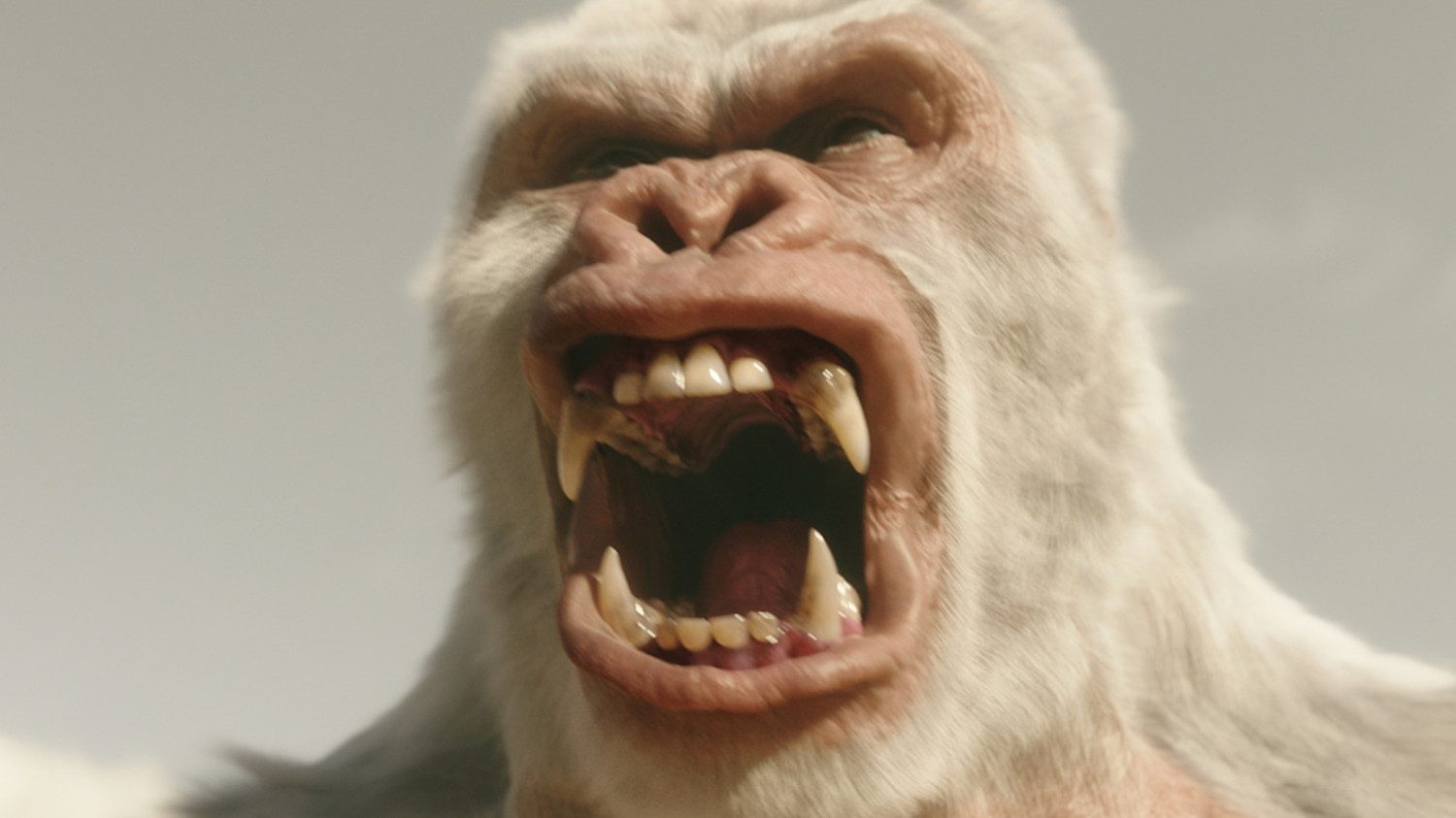 Guided with ideas by Cisco and Caitlyn, Flash battles Solovar, however the Gorilla King has an immense amount of battle prowess and bests all of the Flash’s attacks until a comment from Julian prompts Cisco to give Barry the idea to go ‘Reverse Flash’ and incompacitate Solovar with a phase punch. After which Barry declares he won but won’t kill trying to convince the Gorillas that they don’t need to fear all humans, given the setting in the Gladiator Arena, I was a little shocked that no one gave a ‘are you not entertained’ reference. Grodd, to no huge shock, reveals that he’s a liar liar pants on fire and now he’s going to use Cisco to open a breach so he and his Gorillas can wage war on Central City for revenge, duh Flash, hasn’t anyone ever told you not to trust a maniacal telepathic gorilla that was previously tortured that you banished onto another earth where he was stuck following another evil gorilla? 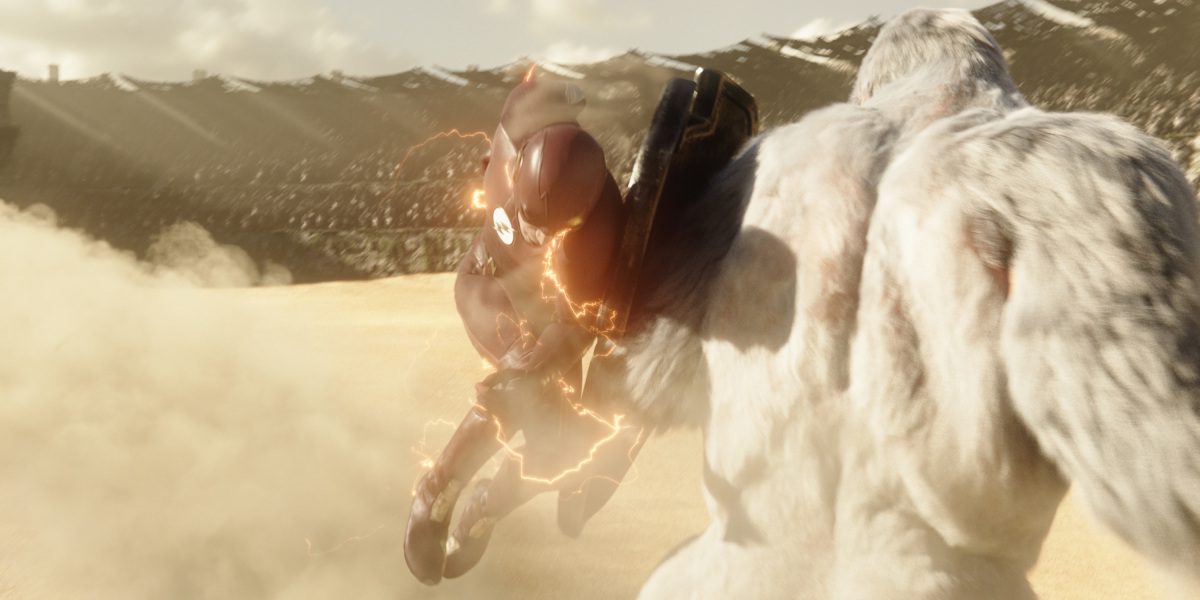 Back on Earth 1, we see relationship problems between Jesse and Hot Shot Kid Flash who Jesse thinks is in love with the idea of having powers and there won’t be room for them to try being together, after a few instances of cold shoulder tiffs that felt slightly rushed, their discussion towards the end of the episode was a lot more flushed out and made their connection grow. We see increased chemistry in Team Flash, as the team thinks together after Cisco offers to have himself killed to prevent Grodd from making it to Earth 1, instead Caitlyn freezes Barry, fooling Grodd, allowing for our team to escape. Once back on Earth 1, we’re given what I was hoping for in this episode, Earth-2 Wells talking to H.R. again. As much as I love Grodd, Tom Cavanagh is so immensely talented, his ability to portray a number of personalities throughout the series is a true testament to his skill as an actor #SplitWells. 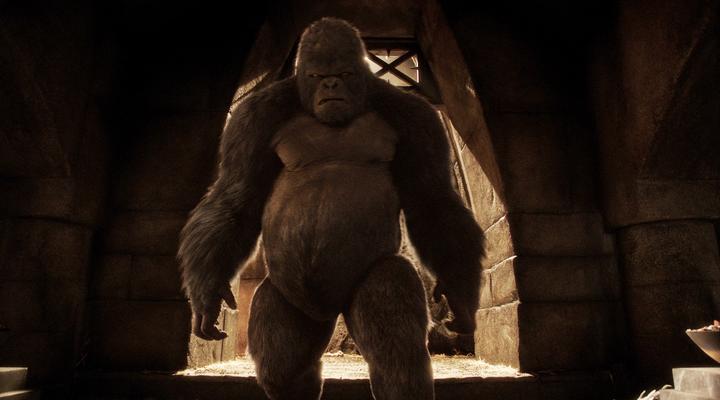 Our episode ends revealing that Grodd has drawn Gypsy to Gorilla City and will use her breaching ability to take his army to Earth 1, sorry Flash, you didn’t quite change the future there, but solid A for effort. The Flash maintains one of the top shows on TV, the writing, acting, and chemistry amongst the cast is masterful. I greatly enjoyed this episode, even though certain spots felt a little rushed, its easy to do when your main character is tapped into the Speed Force. I feel like this episode did a wonderful job setting up for the Attack on Central City next week.

Until next time, keep it nerdy!