Pokémon Gets Yet Another Mobile Game with Pokéland

The season of Pokémon is upon us! Following last summer’s monumental Pokémon Go, The Pokémon Company is doubling down on their success with the newly announced Pokéland. 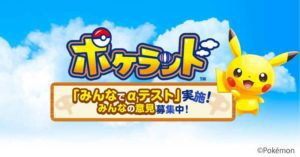 A continuation of the Pokémon Rumble series, Pokéland finds players collecting toy Pokémon and battling other players on their Android and iOs devices. While there’s no word on a US release, a few lucky players in Japan will have access to the alpha testing phase of the newest mobile entry in the Pocket Monster series. The alpha test begins today and runs through June 9th. The test build will include 134 Pokémon, 6 islands, 52 stages, and 15 floors of the Champion Tower. Unfortunately, the alpha testing is currently closed with all 10,000 spots full. However, The Pokémon Company has stated there will be more available spots soon. 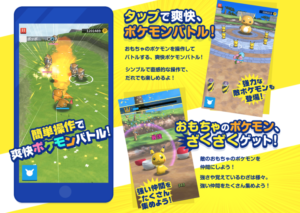 Not many details for Pokéland have been released but rumors are swirling. So far the developer gas confirmed that players can use their Nintendo Accounts and save data will be available across multiple devices. The game requires an internet connection to play and will have an option to link your existing Mii character to the account. Similar to previous entries, power-ups and collectables will be available to upgrade Pokémon for enhanced battle performance. 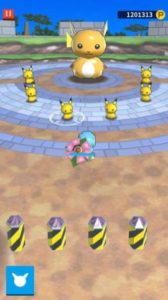 Pokéland will join other prosperous mobile Pokémon games that include Pokémon Go, Pokémon Shuffle and Pokémon Magikarp Jump. Alongside the many mobile games in the franchise, Pokemon is also rumored to be getting the deluxe treatment with Pokemon Stars. At this time it’s unclear when this will be coming out (or for which platform) but as GWW’s Jeff Gordon points out it is definitely on the horizon. For now you can try to join the alpha test expansion and keep your ear to the ground for more Pokémon news.

Will Pokéland be as popular as last year’s Pokémon Go? How do you feel about Nintendo’s foray into mobile gaming? Comment below and stay tuned to GWW for more Pokémon news.