Red Hood and the Outlaws #25 REVIEW 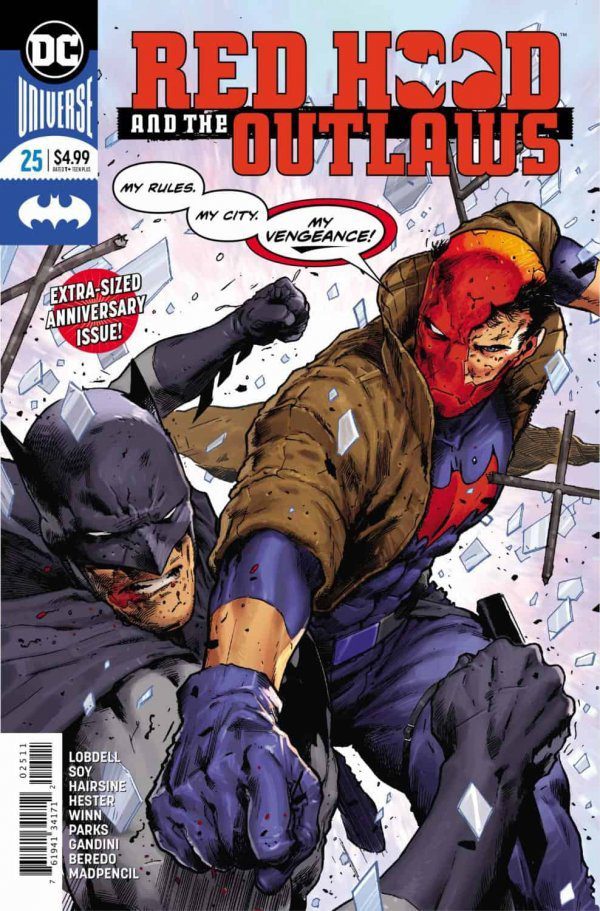 There’s a lot to unpack here.

First off, if you had any shred of doubt about what Jason Todd did to Penguin in Red Hood and the Outlaws #24, you don’t anymore. It’s about time Red Hood went back to offing bad guys. The world really does have enough heroes.

Who cares if it pissed Batman off? Jason had been following Batman’s one big rule since the DC Rebirth, and I didn’t mind it. But I knew that had to come to an end at some point. There are a few reasons Jason is a compelling character, one being HE DOESN’T LISTEN TO BATMAN.

Red Hood and the Outlaws #25 also had a few other surprises.

Artemis finally made her move on Jason, something I’ve been waiting for since Red Hood and the Outlaws #3, roughly. Of course, it was right before she went after Bizarro through time and space. So it looks like we won’t hear from her or Bizarro for a bit. Which sucks in a way because Artemis has been an awesome No. 2 to Jason throughout the trio’s run.

Though I can say I’m as upset about a break from Bizarro. It’s not that he’s not a bad character, he just doesn’t bring much to the table. Sure Bizarro is loyal and an enforcer, but he’s just too stupid. I always felt like he was just…there. That’s it.

He was very much unlike Jason’s former male teammate, Roy Harper (AKA Arsenal), who made his first appearance in this run of Red Hood and the Outlaws, coming out of nowhere to save Jason.

Now I was very happy to see Artemis finally show Jason how she really felt, but when I saw that red arrow come out of nowhere I let out a modest, primal scream (if that’s possible). And it looks like we’ll see Arsenal in this year’s Red Hood and the Outlaws Annual. Maybe we’ll see the next step in the transformation of Red Hood’s outfit in the annual, too.

And the very ending of this issue was unexpected, to say the least. I think it gave us a good idea of what we’ll be reading about starting in Red Hood and the Outlaws #26.

Regarding the art, sad to see Dexter Soy depart, though I am excited about Red Hood’s new design. But Soy went out with a bang, just as you’d expect.