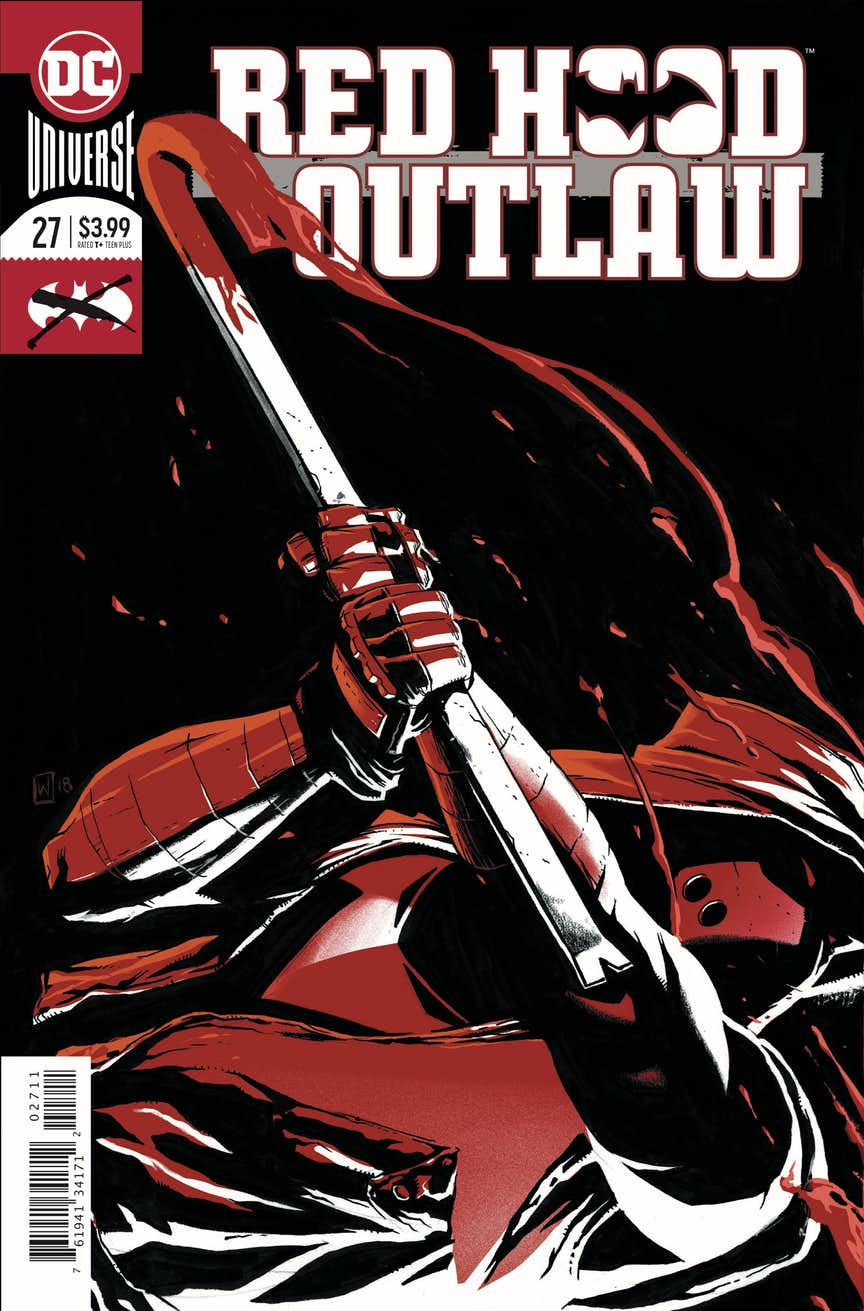 Man, it did not take long for Batman to come looking for Red Hood. Kind of makes sense with Jason Todd’s best friend (Arsenal) dying and all. I guess I figured someone else would deliver the news, or that Batman would call him at best.

And I was a little annoyed by Batman and Red Hood’s embrace at the end of their encounter, given they were trying to beat one another to a bloody pulp only two issues ago. But when you think about the extenuating circumstances, you would hope these two could put their differences aside momentarily.

As weird as that was, I was caught off guard by Jason’s response to the news about Roy Harper most. Obviously, he was sad, but I was looking for more emotion. We didn’t get it instantly, but I think a powerful reaction will come. Because as much as Red Hood seemingly had a very mature response to the bad news, the voicemail he left for Arsenal leads me to believe he’s in denial. Understandable since he died once before, too.

But bottling up those emotions isn’t exactly healthy. Have to imagine when he runs into another group of Underlife cronies he’ll have a red river trailing behind.

And from the looks of it, Red Hood will run into another group of Underlife members in Appleton — which looks like the happiest place on Earth. I can’t tell if everyone’s been brainwashed or things are perfect because Underlife has kept every ounce of corruption out of the town.

Going back to Arsenal, I wonder when Batman will tell Jason who is responsible for his best friend’s death. I don’t assume he’s withholding information at this very moment, but I wonder if he’ll try to prevent Jason from doing anything too rash—which would be an easy way to spark up another fight.

I hope he tells Red Hood right away. Would love it if Jason was the one to take out Arsenal’s killer — though I highly doubt that will happen.