September is upon us and with that comes a whole new batch of highly anticipated video game releases. While this month’s slate is noticeably slimmer than last, it is jam packed with some major releases that will certainly please fans of many genres. Take a peek at the September releases below.

Dishonored: Death of the Outsider (PS4, Xbox One, PC)

Does this seem like a lot of games? Of course it does! So we at the GWW are picking up where we left off and saving you some time by bringing you our most anticipated games for the upcoming month.

As one can see, a major theme this Fall is the heavy slate of sports games that coincide with the upcoming seasons, including NBA Live 18, NHL 18, Nascar Heat 2, Pro Evolution Soccer 2018, and FIFA 18. Oddly enough, Pro Evolution Soccer and FIFA 18 are being released on the PS3 and Xbox 360 so that’s a fun anomaly. If you’re not interested in sports titles then Nintendo has got you covered with their special Pokémon releases, including the return of the fan favorites Pokémon Gold and Silver. Not into mainstream games? Well Studio MDHR has got you covered with the 1930’s cartoon-style platformer Cuphead. It’s safe to say this month is going to be good, so without further ado let’s check out the picks from the GWW gamers.

War of the Chosen won’t offer any new content in terms of story or campaign missions, but that isn’t a bad thing considering XCOM 2’s campaign already relies on a random mission generator. Instead, its main draw is a new enemy type known as the Chosen who show up during missions and drastically alter the battlefield by forcing the player to adjust their tactics on the fly. Each Chosen is a unique unit and they grow stronger as the game progresses, acting like Nemesis-type enemies that harass the player throughout the campaign. Also introduced are the Lost, fast-moving zombie enemies that overwhelm with sheer numbers as opposed to brute force. To help XCOM forces battle these new foes, War of the Chosen also provides three new Hero classes: the Reaper (an advanced sniper class), the Skirmisher (a CQB specialist alien hybrid), and the Templar (a psionic powerhouse).

In addition to these big changes, the expansion also implements little tweaks that drastically improve the overall experience. Most missions have been redesigned in some way, such as the removal of annoying mission countdown timers and the clustering of civilians during Retaliation Strikes instead of spreading them around the battlefield.

In addition to getting injured, your squad members can now suffer from fatigue and will need to be rotated more frequently. The expansion also includes a new “Soldier Relationship” system, which allows squad members to receive stat bonuses and special abilities the more they deploy on missions together. Lastly, your forces can now be sent on AI-controlled missions known as Covert Ops, and players can take photos of their squads with the new Photo Mode which includes an in-game editing tool.

XCOM 2: War of the Chosen already released for PC on August 29th to rave reviews, currently sitting at a comfortable 88 Metacritic score. The game-changing expansion will hit PS4 and XBOX One on September 12th, and it looks like the perfect reason for duty-driven Commanders to wage war against the Advent forces once again. 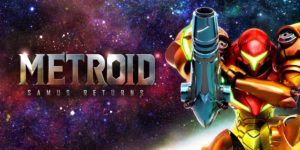 After years of being relegated to the back burner by the Big N, Metroid is making a big comeback. Metroid: Samus Returns is a remake of the second Metroid title, Metroid II: Return of Samus. Just like its predecessor, Samus Returns is a handheld title heading for release on the 3DS. The game follows the same plot as Metroid II: after defeating the Space Pirates and their Metroids on the planet Zebes, the Galactic Federation calls on the bounty hunter Samus Aran to eliminate the entirety of the parasitic species. She travels to the Metroid homeworld, SR388, in order to hunt down and eliminate every last Metroid.

Samus Returns is a major overhaul of Metroid II. It looks like it’ll give the older 1991 game a breath of fresh air, much like Metroid: Zero Mission did for the original NES release. Gameplay follows the 2D action platformer style of the classic Metroid games with a few twists. In addition to several new power-ups, like the Phase Shifter that can slow down time and the Lightning Armor that grants temporary invincibility, Samus picked up a few tricks over the past 26 years. One of the highlights is a melee counterattack, which looks similar to Other M’s counterattack system. When an enemy is set to swoop in, a well-timed button press will initiate a physical counter attack that will leave the enemy open to attack. The game will also include Amiibo support to unlock certain features and grant additional items, supplies, and more.

Metroid has always been a kind of black sheep in Nintendo’s impressive line of original properties. Releases have been sporadic, to say the least: the last canonical Metroid title, Other M, was released 7 years ago and left a bad taste in gamers’ mouths. Personally, I’m pumped. This game looks like a return to form for the franchise and a departure from the well-revered 3D saga of Metroid Prime and the maligned story-driven Other M. Fast paced combat, 2D platforming, power up hunting, and exploration are the main pillars that made Metroid such a classic. Metroid: Samus Returns is the one title that will make me dust off my 3DS and game on the go once more.

And if it’s not great, there’s always that other Metroid II remake. 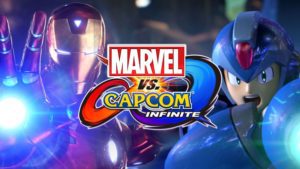 2-D fighting games have been near to my heart ever since I first played Street Fighter II in the arcades. While there have been ups-and-downs, as there are with any genre, a few developers continue to hold the torch for the classic style of yore. One of these companies, Capcom, has been at the top of the genre for so long it’s hard to remember a time when they weren’t on the throne. A lot of this is thanks in part due to the feverish fanbase of the Marvel vs. Capcom series that has captivated both casual and professional gamers alike.

Marvel vs. Capcom: Infinite is the latest entry for the series and features some visual upgrades and mechanic twists in an attempt to keep things fresh for players. Special moves are a little faster, controls a little crisper, and the tag-team system is now as easy as the press of a button. While some new characters have been added to the mix, Black Panther and Thanos, the main noticeable difference is the decision to condense the roster and leave out iconic characters including Wolverine and Magneto. At least we’ll get to see updated visuals for the characters that do remain. The other addition is the inclusion of the Infinity Stones, the McGuffin of the Marvel CMU. Infinity Stones can be used for quick attacks, special moves, time freezes, and a variety of other things that can bring mass amounts of damage to your opponent. If you’re a fan of fighting games and comic books, this just may be the title for you.

Cuphead has been in development since 2010 and finally hits Xbox and PC at the end of this month. For those unfamiliar with the highly anticipated game, Cuphead is a Side-scrolling platformer where players play as Cuphead who must battle their way through many obstacles and bosses in order to pay his debt to the devil.

The game is heavily influenced by the cartoons of the 1930’s (Think Steamboat Willie).  In fact, the developers credited Fleischer Studios, Disney and cartoonist Ub Iwerks, Grim Natwick and Willard Bowsky, as their inspiration behind the game. This game has been on my radar for some time and looks like a game that could be fun for the entire family, with its retro look and a soundtrack out of this world, I wouldn’t sleep on this one. 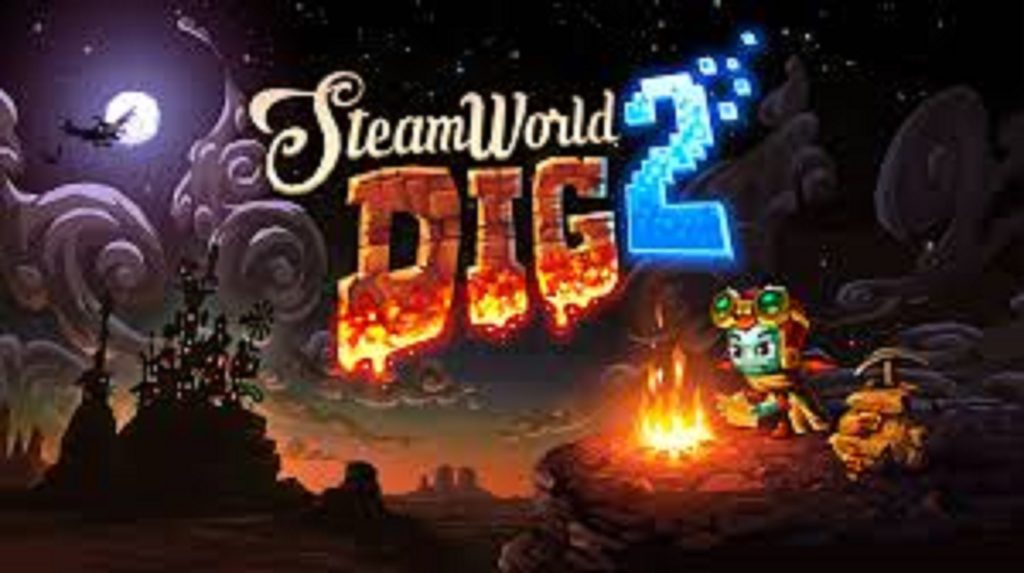 Boy, have I been looking forward to September. It’s like the final month to finish all the games you’re behind on for the year before the fall/holiday games consume your life.

One September title I’m really looking forward to is SteamWorld Dig 2 from developer Image and Form. SteamWorld Dig 2, a 2D platformer/action-adventure video game, is the fourth installment in the SteamWorld series of games and serves as the direct sequel to 2013’s SteamWorld Dig.

Just like its predecessor, SteamWorld Dig 2 revolves around mining. The main character of the game is Dorothy, a steam-driven robot who also appeared in SteamWorld Dig as an ally. What has me especially excited for this sequel is the new incorporation of a Metroid-Vania underground world and more elements of platforming.

Another feature I’m excited about being introduced is the added emphasis on the game’s story. I don’t remember the first SteamWorld having much of one and that made it tough to stay interested and motivated to get to the end. While I don’t expect this title’s new story to be groundbreaking stuff, it is always a nice balance in a game that features so much back and forth traversal within the world. At some point these games feel like interactive checklists and the existence of a story will surely keep me wanting to move forward.

This game’s predecessor felt like a short-sighted experience but now I’m looking at a more promising and more fleshed-out experience. So if you can’t find me towards the end of September, just look in the underground caverns of SteamWorld Dig 2.

What are you most looking forward to in September? Do you plan on playing anything from our picks? Please comment below and stay tuned to the GWW for more video games news and picks.