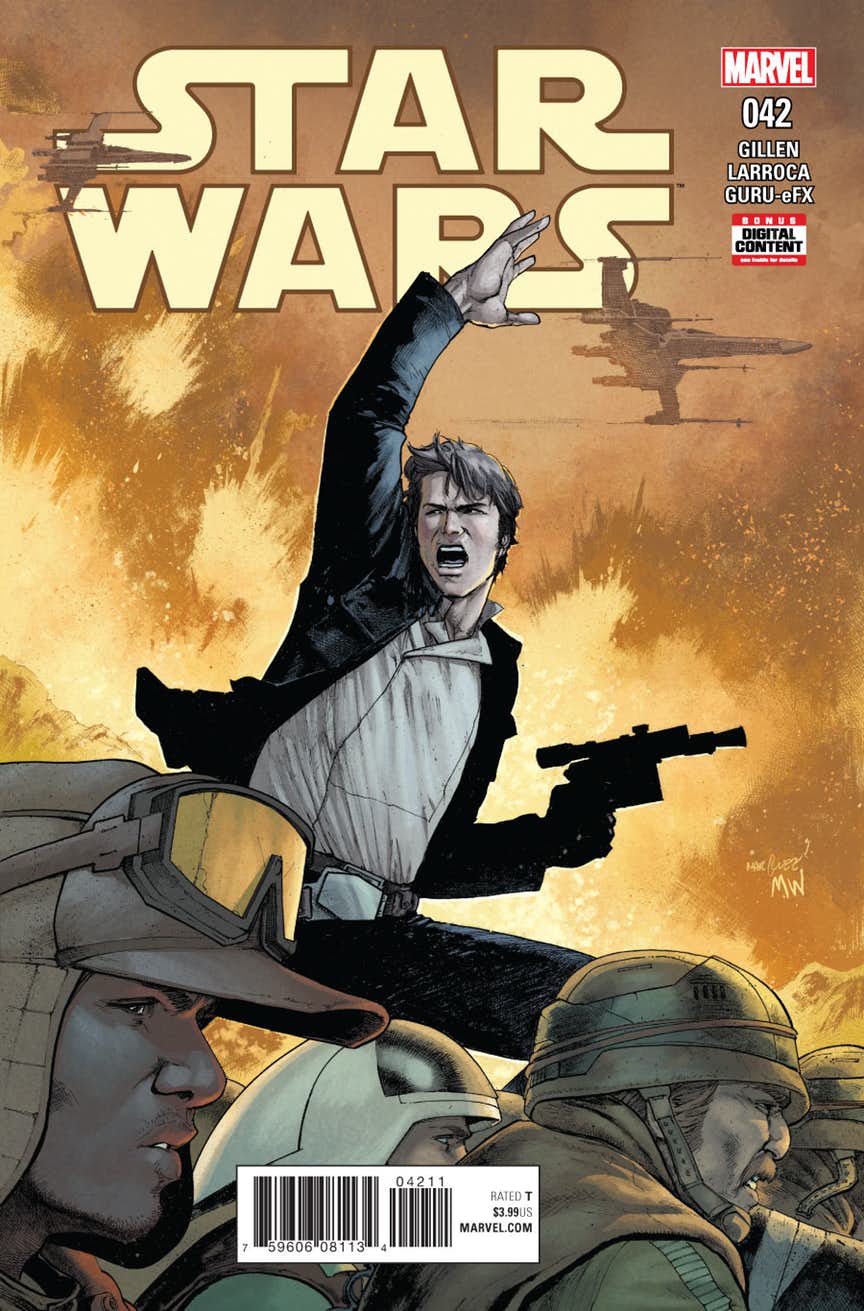 In issue #41, Kieron Gillen did little to move the story or the characters forward. Star Wars #42 is the first issue in this story arc that does not read as filler for a collected volume page count. Gillen provides some much-needed character development, even though the main plot feels more recycled than ever.

As first shown in issue #40, the heroes are faced with a giant mining machine. The setup and giant machine plot device already felt tired and worn within the Star Wars mythos. But now in this issue, writer Kieron Gillen mirrors the structure and plot beats of no less than five of the Star Wars movies. Here are some moments that should sound familiar: 1) someone, Chewie, in this case, stole plans for the giant machine that highlight a weakness; 2) a small group, Luke, Leia, and the droids, needs to sneak onto the machine to disable the shields and power it down; 3) a second squad, lead by a pilot, here it is Han Solo, will be responsible for destroying the machine. Yes, the plan is to run the machine off a cliff and into a hole, rather than blowing it up like the Death Star or Starkiller Base. But the general plot beats are too similar to ignore and readers are left with a story arc that plays it safely within the tropes of Star Wars. 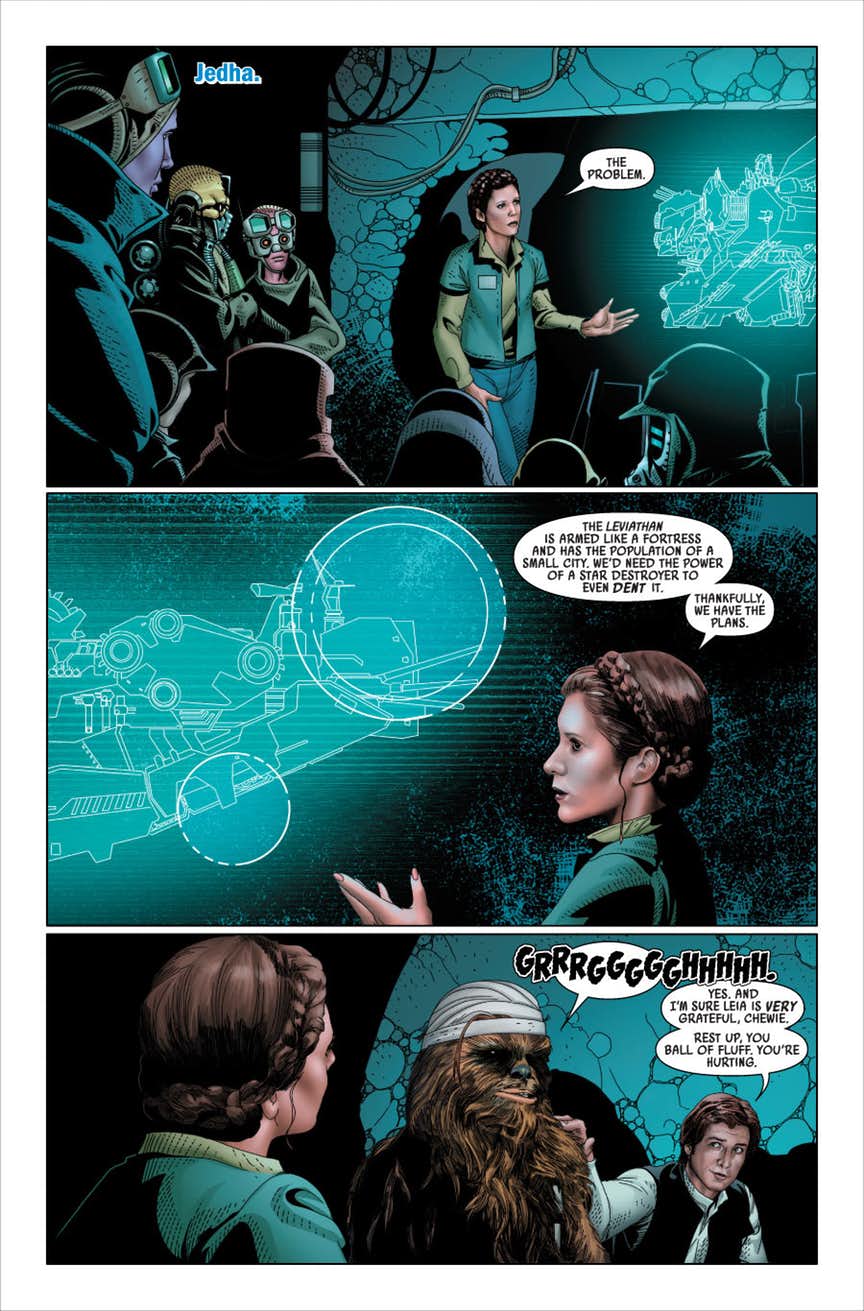 In spite of the bland conflict, Gillen does provide a number of meaningful moments for character development. Luke wrestles with the sacrifices that the characters in Rogue One made to retrieve the Death Star plans. Leia and Luke return to the argument about the purpose and serving a cause mentioned in issue #40. Chewie helps convince Han that he has leadership potential and is more than just a pilot. Gillen even includes some humor and references to the events in A New Hope during his character banter. These seven pages of character exploration ultimately make this issue the strongest in the entire arc up until this point.

Creatively, the worn out plot device is a missed opportunity to do something more interesting for the larger Star Wars lore when the original trilogy characters deal with the destruction on Jedha. Gillen does succeed in creating meaningful character growth during some quiet moments around the disappointing action.