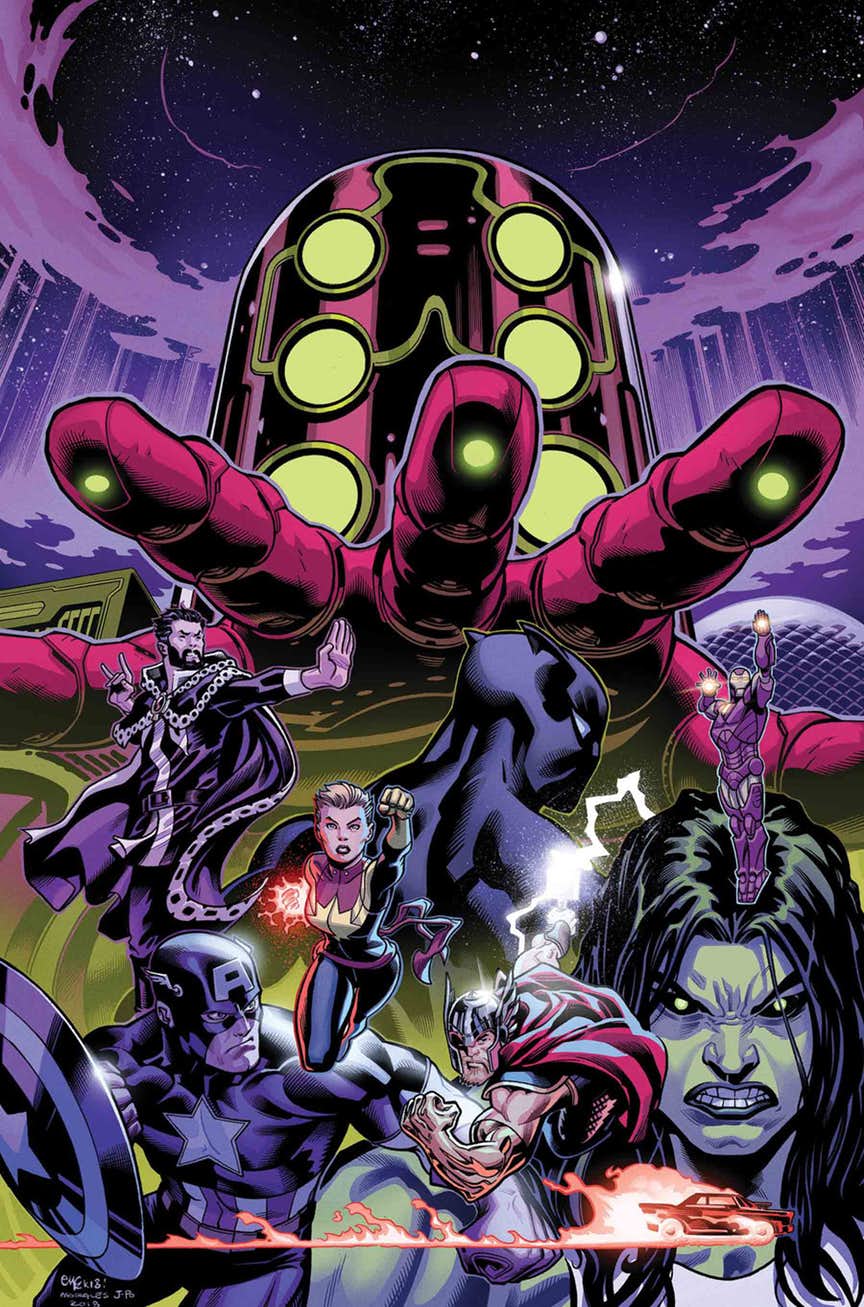 The creative team of Jason Aaron and Ed McGuinness follow up Avengers #1 with a tighter and deeper second issue. Avengers #2 teases a little more about the mysterious Final Host and pulls back the curtain on a classic Avengers adversary who is in league with The Final Host.

This reveal, which is not a surprise given the solicited cover of issue #3, still makes for an excellent point of reference for old and new Avengers fans. The narration by this adversary provides a stronger context that was not present in the first issue. Last issue introduced readers to each of the individual characters and provided a little justification about how they ended up together. It was an accessible way to bring new readers in and get them familiar with the comic versions of these characters. The inclusion of the B.C. Avengers with Odin and ancient manifestations of earthly heroes lacked any context for new readers. The narration in this issue solves that storytelling concern and establishes a greater context to the confrontation facing the soon to be Avengers.

This issue does not unite the new team, and in this way feels like Brian Michael Bendis’ initial run on the New Avengers which only saw them team up toward the end of the arc. Again Aaron and McGuinness are drawing upon Avengers’ history, first in characters and now in structure to create a new tale that fits comfortably in the Avengers canon. Avengers #1 was a safe introduction, here there are hints of the greater Celestial mystery and a connection to earth’s mightiest heroes.

The absence of Black Panther and Dr. Strange is noticeable given their focus in the first issue, but Aaron and McGuinness provide more panels to SheHulk and Ghost Rider. This is a welcomed focus for these lower profile characters give their rare inclusion on the Avengers’ roster and their limited involvement within the MCU.

Aaron and McGuinness have created a title with enough Marvel lore to engage longtime fans, while still being accessible to the casual comic or MCU viewer.

Have you seen this:
Change My Mind #85: The Devil All The Time