Unit 4 is a retro platformer developed and published by Gamera Interactive. Upon first look, Unit 4 may appear to be a simple Megaman clone, but there’s actually quite a bit more to it than that. Unit 4 is about an evil alien army that has stolen a sacred artifact from your home planet. Rumors swirl of other planets having the same thing happening to them. Your team (Unit 4) will embark on a journey to try and discover what is going on.

Unit 4 plays like an old school NES platformer. You control a single player on the screen with the ability to change into one of your Unit 4 brethern with a push of a button. Each person in your team has a different ability to help bypass obstacles and enemies in your way. Blue has the ability of mega jump which allows him to jump extremely high, Red has a super dash which is very useful smashing through enemies, Green has the justic hook which allows him to latch onto walls, and Yellow has ghost flight which allows him to glide through their air and through enemies. This game also supports 4 player locally allowing all 4 Unit 4 members to be on the screen at the same time.

This game is very reminiscent to unforgiving old school NES games. It may take 15 minutes just to get past one section of a level due to the intricacy of the levels. This game also has a few mini games such as racing in it which if you win can give you items to allow you to customize your Unit 4 hero, or your ship, these changes are sticly aestetic though and don’t actually change anything else. 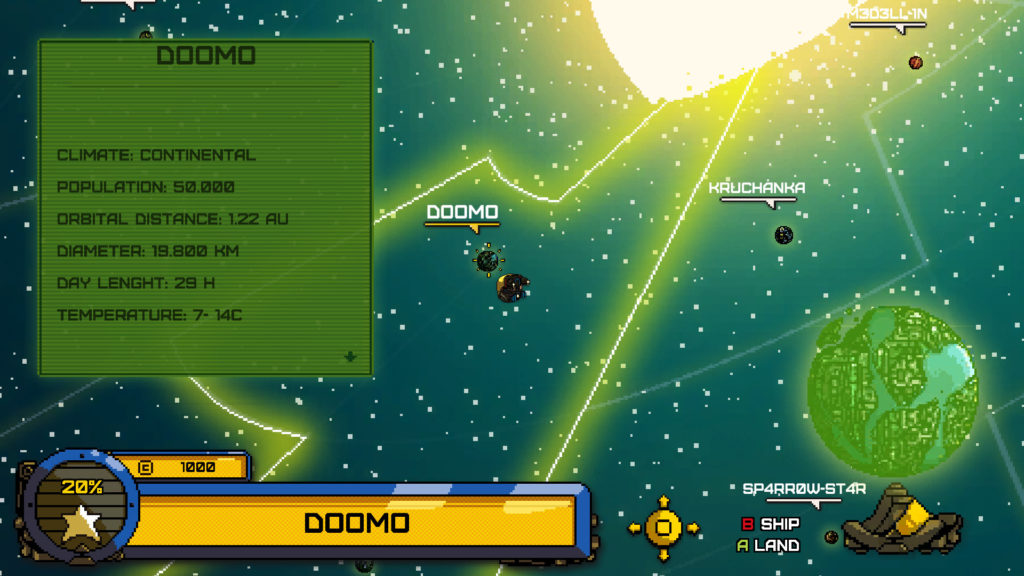 The level select screen is laid out like a Galactic map allowing you to pick levels. The more levels you finish, the move planets you are able to visit. Despite the game sporting an old school appearance, the graphics are very sharp, and the developer did a fantastic job of making the game appear to be modern while sporting an 8-bit look.  The game has 15 different planets, and 3 different worlds to fight for. Each planet contains about 10 levels and a mega boss at the end that will test your patience and skills. 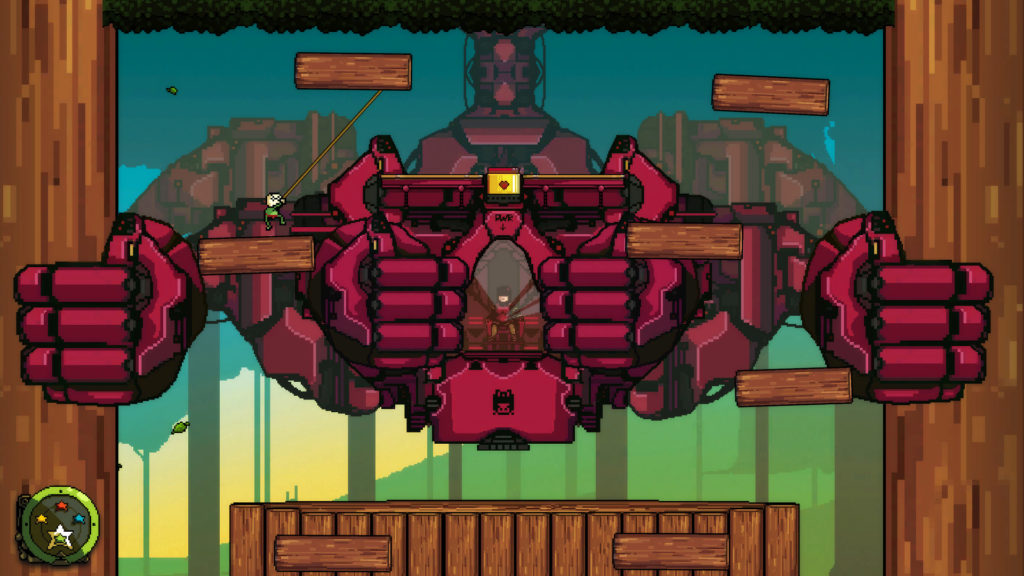 This game is a lot of fun to play, but can be extremely frustrating due to the difficulty of some of the bosses (as shown above). I have not tried the 4 player local version yet, but part of me thinks that with the exception of the bosses, it would make the game a lot harder trying to move from left to right without leaving your team members behind.

I would give this game 4 out of 5 stars for the type of game it is. It’s a old school platformer game, you’re not going to get anything earth shattering here, but it’s a lot of fun.