Back on top after a top after a tumultuous run with the WiiU, Nintendo is clearly walking the tight rope of being a company steeped in the past with a shining outlook towards the future. Since its initial foray into the video game business, Nintendo has had hit after hit; creating games that span generations and inspire other developers to match the lofty goals set by iconic franchises. With the advent of the Switch, the famed company is in a rare position to capitalize on everything they’ve accomplished over the past thirty years.

As Nintendo gears up for their Spotlight and Treehouse events at this year’s E3 Expo, not enough has been teased to get me truly enthusiastic for the remaining slate of 2017. Sure, Super Mario Odyssey will be a must-have for the Switch and Splatoon 2 and Xenoblade Chronicles 2 will surely be fantastic sequels but I need something to really send my excitement through the stratosphere. The problem I have is much like the question that faces a lot of listless folks… what do I want? Is it something new or a nod to the past? As I pondered this question on the eve of E3 a few things came to mind that would appease fans (by fans I mean me) across the board. Keep in mind that this is a wishlist and there is no weight to any of it, just fun speculation. 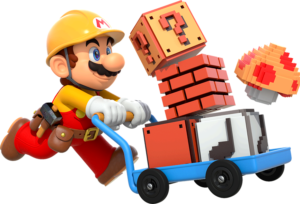 Reports have already started to surface that the popular Super Mario Maker will be getting a sequel on Switch and, while the game is not my taste, I think this would be a perfect addition to the hybrid console’s library. With a little tweaking, Super Mario Maker 2 could be an essential way to experience the fan-made levels on the go while not sacrificing the game quality that left the 3DS port somewhat lacking. Just imagine downloading a mass amount of levels to try out on the airplane or spending your morning bus commute creating the perfect course to terrorize coworkers. This would essentially create a bridge between retro gamers spurned by the NES Classic and new gamers that need more from a 2D Mario title. 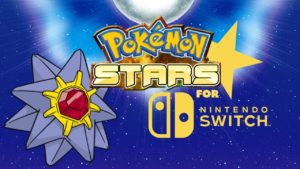 As GWW previously reported, images of Pokémon Stars merchandise sent rumors of a Switch entry into a frenzy. Alas, Pocket Monster fans were disappointed with the recent announcement to keep the franchise in its portable roots. Is this a red herring? Are they trying to throw us for a loop? Imagine this… Nintendo comes out at E3 and defies expectations by announcing Pokémon Stars for the Switch. Applause erupts, tears are shed, minds are blown, etc. With the minimal launch line-up for the hyped platform, Nintendo could appease fans and boost sales by announcing a Pokémon game for the console. An addition like this would join Breath of the Wild and Super Mario Odyssey as the essential games on the system, making the Switch a must have for any home. 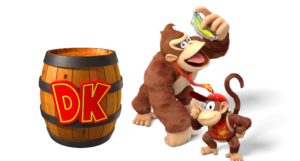 Donkey Kong Country Tropical Freeze was arguably one of the most underrated games for the WiiU. The level design was difficult yet gave players multiple chances and the visuals were a head above other platformers on the console. Even the music was phenomenal and played a large part in the construction of the backgrounds and game mechanics. Creating another entry in the Donkey Kong Country franchise is a no-brainer, so why not bolster the holiday launch titles with a continuation of Tropical Freeze? Nintendo has yet to announce many (if any) platform games for the system and capitalizing on one of their iconic characters (not named Mario) that has a turnkey franchise would be the perfect way to do so. 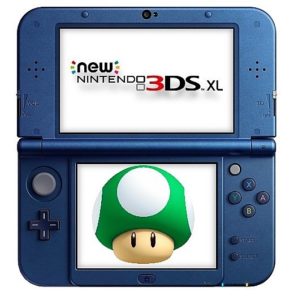 You read that right; I want Nintendo to announce at least three upcoming games for the 3DS. I blame my love of the console for this wish however I also blame Nintendo. Time and time again they’ve stated that they plan on continuing development on new portable titles however their slate seems a little bleak at the moment. Yes, Pikmin Go and Ever Oasis are on the docket but two games does not speak well for the half-life of the handheld. If Nintendo would announce some upcoming titles that fans actually want (Metroid Federation, cough cough) it would go a long way to show that they’re serious about continuing the GameBoy legacy.

This could be a great foothold for Nintendo to use as they finally step into the 21st century. For years fans have been complaining about the poorly implemented Virtual Console and, personally speaking, a little fan service would go a long way. Much like the Super Nintendo did with Super Mario All-Stars, why not give fans their favorite games with some much needed gloss and upgrades? Capcom capitalized on this direction with the Mega Man Anniversary Collection, and even obscure gems like Rocket Knight Adventures and R-Type have been given deluxe treatments. With the profitably that comes with nostalgia, now is the time to strike while the iron is hot and give us Chronotrigger Redux, Kirby’s Air Ride or Super Mario Sunshine HD.

The final item on the wishlist is a perfect example of a missed opportunity for cross-marketing. With the recent announcement of Netflix’s animated Castlevania series, what better time to release a collection of early Castlevania games? Much like Mega Man Anniversary Collection or the Sonic Mega Collection, an anthology is a great way to familiarize new gamers to older catalogue while simultaneously drumming up interest for upcoming releases in the franchise. Revisiting any era of the Belmont Clan saga would be a great financial decision for Nintendo as they look to build the motion picture and/or television portion of their business.

What do you want to see at Nintendo’s E3 event? Does anything above tickle your fancy? Check out the Nintendo E3 Livestream event beginning June 13th and stay tuned to GWW for more E3 updates.